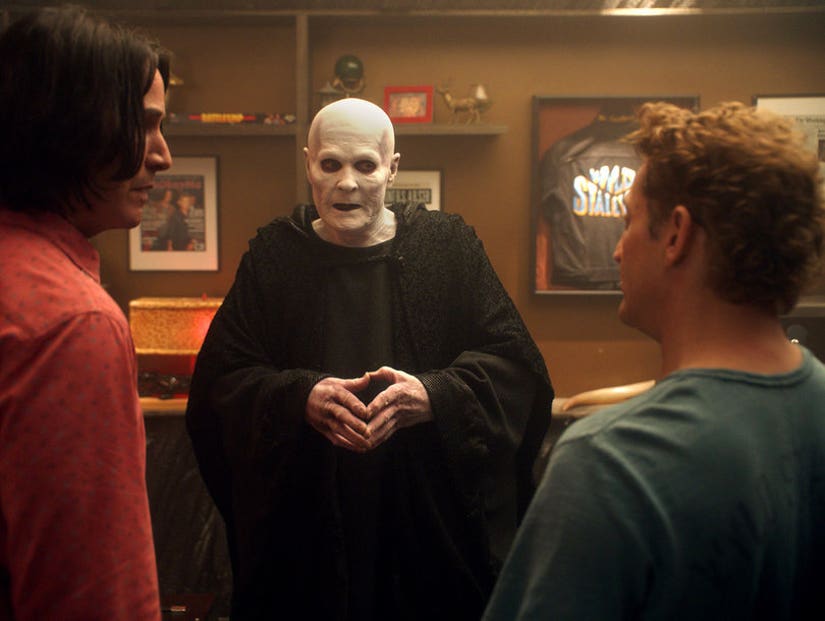 The photos give fans a look at Death, Kid Cudi and the daughters of our titular Wyld Stallyns.

Is Death looking for a rematch?

After William "Bill" S. Preston Esq. and Theodore "Ted" Logan beat the Grim Reaper at Battleship, Clue and, yes, even Twister back in 1991's "Bill & Ted's Bogus Journey," the two find themselves face to face with the man in black in new photos from "Bill & Ted Face the Music."

William Sadler returns in his role for the new film, after previously challenging Keanu Reeves and Alex Winter's characters for their souls 28 years ago. 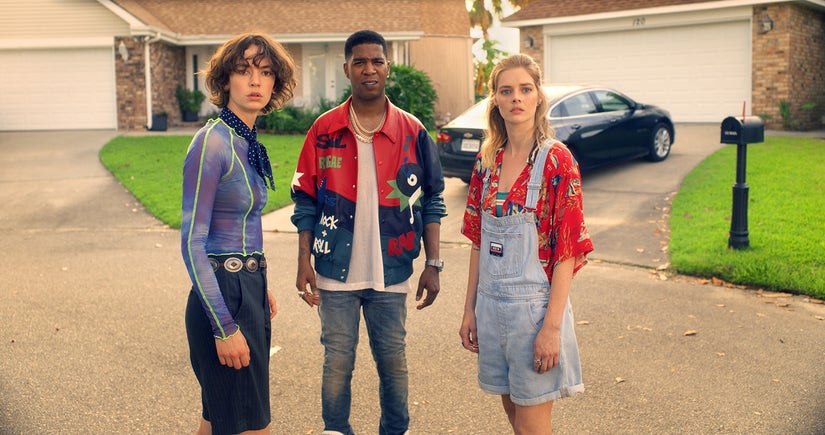 In another image from the film, we get a better look at Bill and Ted's daughters. Samara Weaving (right) plays Thea, Bill's daughter, while Brigette Lundy-Paine (left) stars as Ted's offspring Billie. They're pictured with Kid Cudi, who's playing himself in the flick.

"He plays Kid Cudi," director Dean Parisot told EW. "He gets mysteriously thrown around through various times, because all time and space is coming unglued." 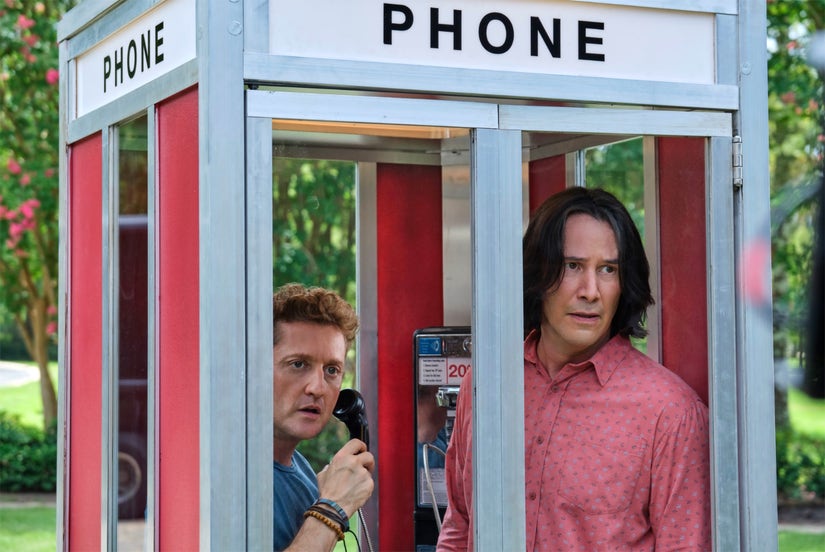 A third photo sees the two stars back in their time-traveling phone booth.

"The stakes are higher than ever for the time-traveling exploits of William 'Bill' S. Preston Esq. and Theodore 'Ted' Logan," reads an official synopsis for the movie. "Yet to fulfill their rock and roll destiny, the now middle aged best friends set out on a new adventure when a visitor from the future warns them that only their song can save life as we know it. Along the way, they will be helped by their daughters, a new batch of historical figures, and a few music legends - to seek the song that will set their world right and bring harmony in the universe."