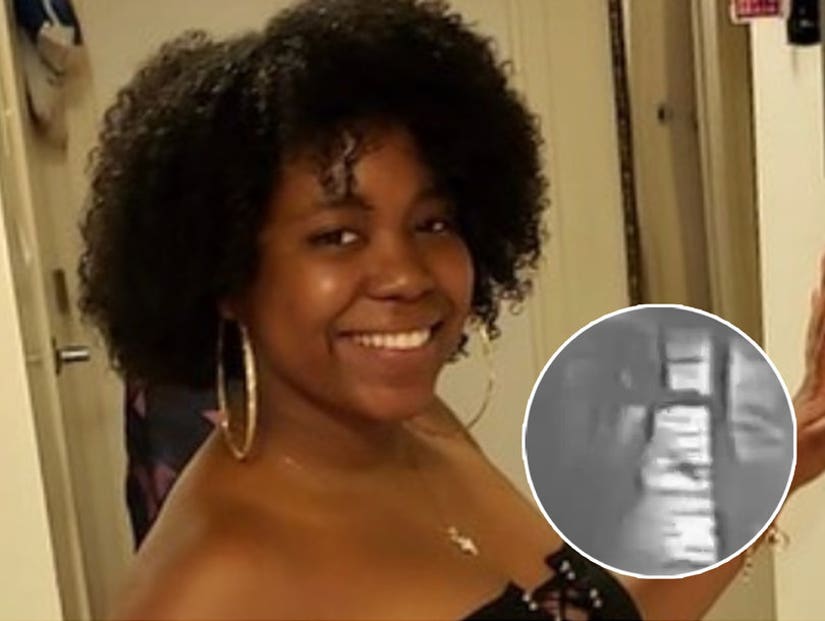 The New York teen was snatched off the street by a group of four men.

An NYPD official told the New York Times the so-called kidnapping may have been a hoax, stemming from the teenager's difficult relationship with her mother.

The 16-year-old was questioned by police on Tuesday, before being released to her family.

If she is found to have faked the abduction, she could face criminal charges.

A police official told the Times that the family was contemplating a move to their native Honduras, but that Karol was adamant she wanted to remain in the United States.

Karol Sanchez has been found alive.

The 16-year-old was discovered safe and unharmed on Tuesday afternoon, 16 hours after she was abducted by a group of men while walking in the Bronx with her mother.

Horrifying footage, released by NYPD CrimeStoppers on Tuesday morning, shows the teen and her mom strolling along Eagle Avenue near East 156th Street in New York at about 11:20PM.

WE HAVE A VICTORY TODAY !! Karol has been found !!! Thank you to all who have worked very hard to track down the people involved in this case !!! pic.twitter.com/TYD7IlU49N

Suddenly a beige sedan pulls up and two men jump out, grabbing the girl and forcing her into the car where two more men await. Her frantic mother tries to fight the kidnappers off but they overpower her and push her to the ground before speeding off, leaving her there screaming.

An Amber Alert was sent to New York City residents, warning: "The child was taken under circumstances that lead us to believe she may be in imminent danger of bodily harm and/or death," he said.

But on Tuesday afternoon, NYPD announced some good news on Twitter: WE HAVE A VICTORY TODAY !! Karol has been found !!! Thank you to all who have worked very hard to track down the people involved in this case!!!"

Local news reporters captured the moments after she was reunited with her family, as she hugged her loved ones.

Circumstances of the high school sophomore's released are not yet clear.

Police have not yet announced any arrests in connection with the kidnapping.