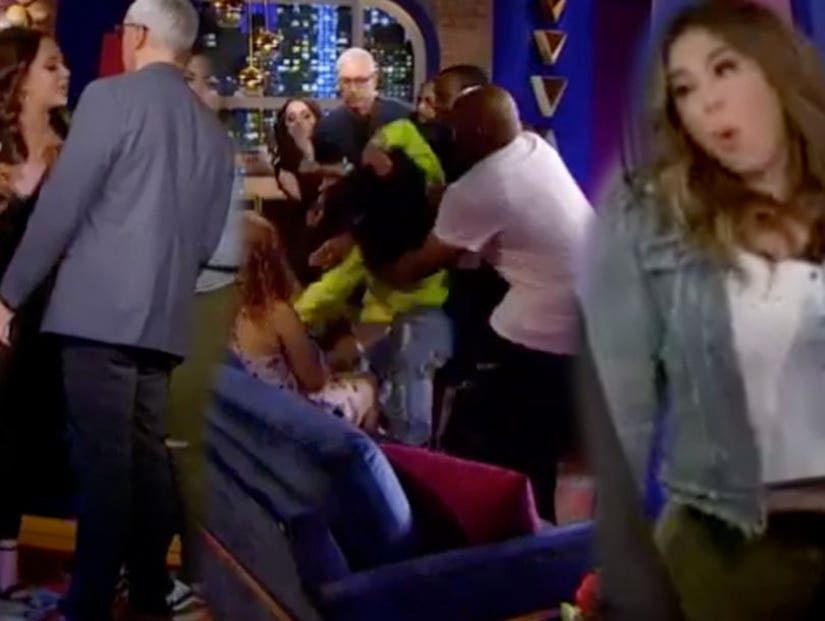 Jade stormed off, Kail got frustrated with Nessa and Ashely let everyone have it.

The "Teen Mom 2" security guards were working overtime this year!

In Tuesday's final episode of this season's reunion special, they were forced to intervene multiple times after the stars of "Teen Mom: Young + Pregnant" joined Jade Cline and Kailyn Lowry on stage. The fireworks began when the "Y+P" girls were asked how they felt about Jade, who used to be on their show, being recruited into the big leagues.

While most of them were supportive, Ashley Jones let it be known she felt some kind of way about the situation. She said MTV had also reached out to her to possibly fill Jenelle Evans' spot on the show and said Jade called her a liar for the claim. "I was more than supportive of your move to Teen Mom 2 until you said what you said," said Ashley, "I felt shaded by that."

When Jade claimed she didn't "say shit" to her, Jones shouted back, "Because you don't have the balls!" Jade then said the last thing Ashley said to her was that her mother "was a crackhead." That only promoted Ashley to say, "She is a crackhead, bitch!"

At this point, Jade got out of her seat and asked Ashley if she wanted to "beef on stage." Security ran over, as Kailyn repeatedly told Jade to just walk off. She did, but Ashley wasn't done yet.

She then started to pop off at the rest of her costars, specifically Kayla Sessler and Brianna Jaramillo. "Let's just cut the whole entire shit," she said, telling them to stop acting all "kumbaya" on camera. "You bitches act like it's me that's the problem. I'm not the mother f--king problem."

As all this was happening, Nessa said something to Kail that then set her off. While we can't make out what Nessa said to her -- possibly "move to the back"? -- Lowry wasn't having it, stood up, exclaimed "Bye Nessa, see ya later!" and walked off stage while taking off her jacket. Neither she or Jade would return to the stage. 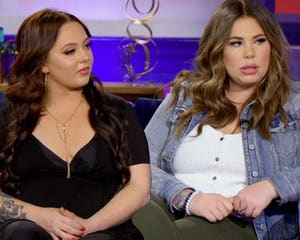 Ashley kept going, accusing her costars of not supporting her as much as she supports them. "I'm not going to play this bullshit game," she exclaimed, "I will beat the dog shit out of you. Stop trying me. I support all you bitches, where's the support for me!"

After making a comment about Kayla having two children, Ashley then stormed off stage. "F--k all y'all dumbass bitches," she said as she walked off. "I should spit on your mother f--king face. Y'all got me here for this bullshit."

Following a segment where she wasn't present, Ashley joined the rest of the women on stage again. She said she sometimes felt excluded and apologized for telling Kayla she'd spit on her. After Brianna said she wished they had all talked about this before doing the reunion, Kalya told Ashley she didn't didn't appreciate her bringing up her children during the earlier outburst.

As she told Ashley "we don't have to tear each other down," the fireworks exploded again, with Kayla taking off her shoes to get ready to fight. As Dr. Drew tried to toss to a break, security came back on stage as Kayla shouted, "You took it too far, don't talk about my kids!"

Both women had to be held back before the show finally cut to a commercial. 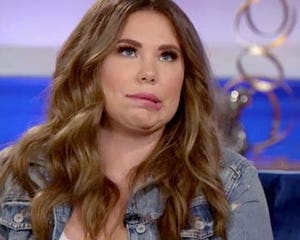