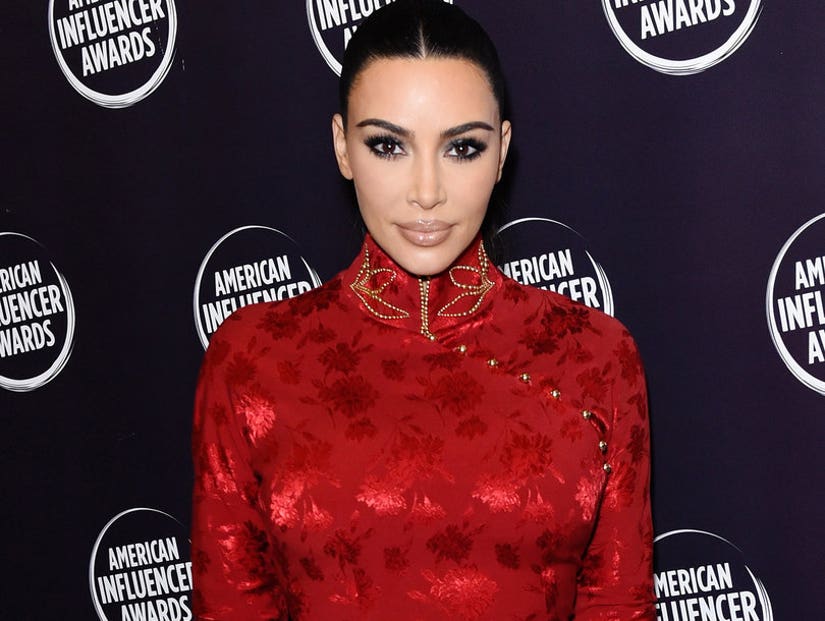 "She knows better," reads one popular tweet as the reality star is accused of cultural appropriation once again.

Kim Kardashian is receiving backlash from her followers on social media, as many believe her skin appears darker than usual on her latest magazine cover.

The reality star, 39, posted pictures from her 7Hollywood photoshoot on Thursday -- where she's seen rocking Thierry Mugler and coiffed hair -- with the caption, "WHAT A DREAM."

But some followers found it a nightmare, as they began to call out the cosmetics mogul for cultural appropriation, with one Instagram user asking, "Why was it necessary to make her look black on this cover?! Why?! This is not even her natural shade at all -- she's not black or of the diaspora."

Another confused follower posted, "I thought this was a black woman. I had to take 3 good looks... shook."

Others went so far to call it blackface and "blackfishing."

Diahann Carroll did not just die for this level of disrespect. pic.twitter.com/yaEoWr4ddM

"GIRL WHAT IN THE BLACKFACE F--K IS THIS??? I'M SO SICK OF YEWW," a post read, as another Instagram user took umbrage with the magazine saying, "Yall should be ashamed of yall selves this is a form of blackfishing get real black people and stop editing people to look black."

But Kim's stans also ran to her defense with one writing, "So Bc she is tan this is black face? Or Bc she resembles Diahann Carroll.. You can't be Armenian/ white/ black and take influence from other cultures now? Idk man 🤷🏼‍♀️ It's old Hollywood inspired and I think she looks bomb!"

The comments on Kim and the publication's Instagram posts, as well as tweets, are flooded with comments on both sides.

The thing with Kim Kardashian and her family's tireless history of cultural appropriation and Blackfishing is that she knows better. They know better. But they continue to do this because they know outrage sells. They're able to keep their name relevant by doing things like THIS. https://t.co/rIE1fuYUXH

GIRL WHAT IN THE BLACKFACE FUCK IS THIS???

I'M SO SICK OF YEWWW pic.twitter.com/haPnpnzn2d

Kim I love you but the black fishing isn't it 🥺

You helped get some Black people out of jail & you thought we were going to let this slide? Nah!

They want our shade but not our struggle.. I'm ready to get the fuck, ASAP! pic.twitter.com/jnsCJLpYHq

It's not cool or cute. No I don't feel honored as a black woman. Some fear us first bc of our chocolate, they hate & mistreat us. And you want to wear it like an accessory? Go rinse off our struggle! Anything for publicity.

This isn't the first time, however, the mother-of-four has been accused of cultural appropriation.

In August, she changed the name of her shapewear line from Kimono to Skims after she was criticized for using the name of the traditional Japanese garment. Back in 2018, Kim also took heat for posting a picture of her wearing Fulani braids, which originated in African regions. She attributed the look to actress Bo Derek.

And in 2017, Kim was accused of blackface when she posted promotional pictures of herself for KKW Beauty with a much darker skin tone than usual.

"I would obviously never want to offend anyone," she told The New York Times at the time. "I used an amazing photographer and a team of people. I was really tan when we shot the images, and it might be that the contrast was off. But I showed the image to many people, to many in the business. No one brought that to our attention. No one mentioned it."

Kim has yet to respond to the latest accusations.