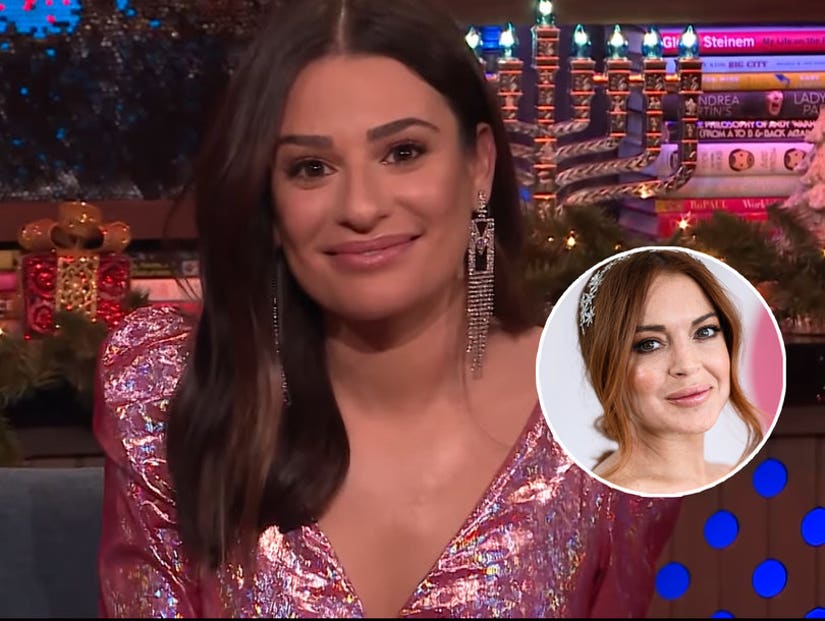 Lea was honored to be part of Lindsay's shady world.

It's no secret that Lindsay Lohan considers Ariel in "The Little Mermaid" a dream role and she couldn't hide her confusion when another star was asked to go under the sea to play her.

Appearing on "Watch What Happens Live" on Thursday night, Lea Michele reacted to the shade Lohan threw her way after it was announced she'd be playing the red-haired ocean-dweller for a two-night gig at The Hollywood Bowl earlier this year.

Sitting alongside Liam Payne from One Direction, Michele was asked what she thought about Lohan's comment when the announcement was made. At the time, she simply wrote "Huh?" on a post confirming the news.

"I know, I saw that. It was very interesting," said Michele. "They announced I was playing Ariel at the Hollywood Bowl and I think she wrote like, 'What?' I find it to be an honor."

During the show, she was also asked if she'd be into playing Elphaba in a film adaptation of "Wicked" -- and Lea made it very clear she'd jump at the role.