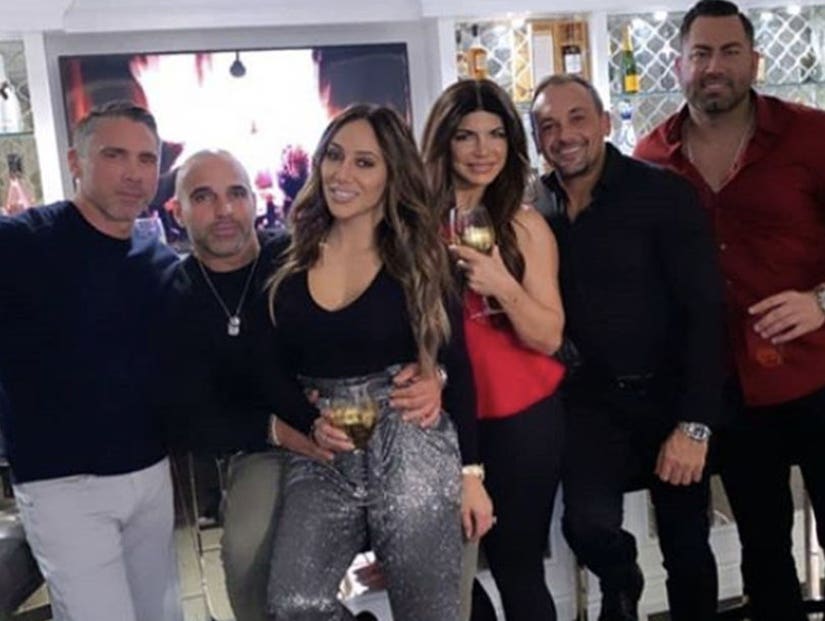 Her kids, meanwhile, are in Italy with their father.

Romance rumors are heating up between Teresa Giudice and her "pool guy"/ex-boyfriend Tony Delorenzo.

After the two were spotted out together while headed to a breakfast joint just a few days ago, Tony -- a pool contractor who's worked on the Giudice home on "Real Housewives of New Jersey" and dated Teresa when they were teenagers -- attended a family holiday party on Tuesday night.

Melissa Gorga hosted a Christmas Eve bash at her home last night, which was attended by both Teresa and Tony. He's on the far left in the photo above. While Teresa didn't share anything on social media with him from the event, he seemed to poke fun at the dating rumors during the party.

In her Instagram Story, Melissa shared a video with Tony, exclaiming, "I just want to wish everyone a Merry Christmas. Tony, Merry Christmas." He responded by saying, "We're the new couple." Added Melissa, "OMG!"

In a video shared to Joe Gorga's Story, Tony said "I got divorced yesterday," before Joe said, "The pool boy, here we come!" Apparently, Tony isn't a fan of the nickname, telling him, "What I tell you about that pool boy shit?!" In yet another video, the Teresa and Tony can be seen seated next to each other in a large group, but never in the same shot.

Giudice is spending the holidays solo this year, after daughters Gia, Gabriella, Milania and Audriana jetted to Italy to spend Christmas with their father, Joe Giudice. "So happy they're with you," Teresa commented on Joe's post showing them all arriving at the airport.