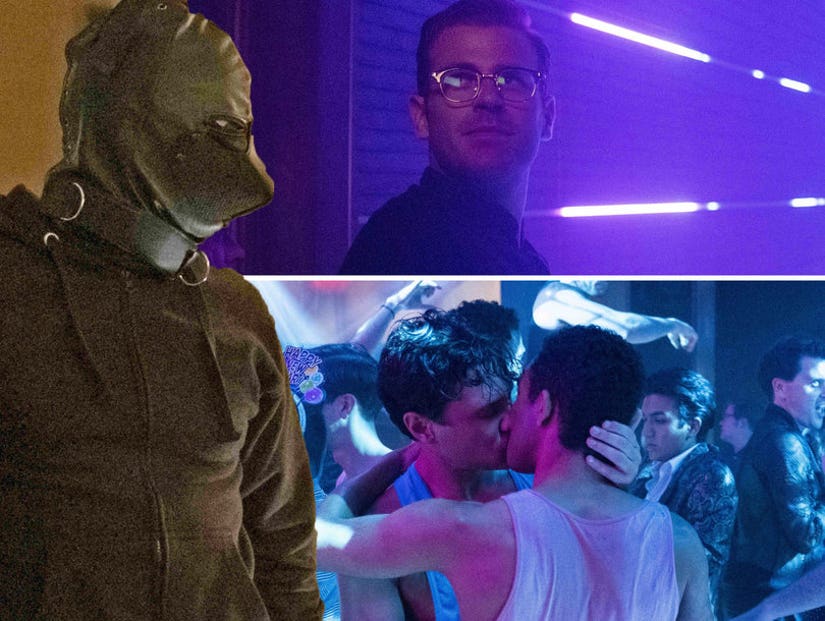 He says it's an "accurate representation" of his experience in the LGBTQ community ... you know, minus all the murder.

A group of young adults get liquored up, hook up and party the night away as they're picked off one by one in brutal fashion in Hulu's latest installment of its horror anthology series "Into the Dark" with a gay, New Year's Eve-themed slasher called "Midnight Kiss."

And if it weren't for all those pesky kills, star Scott Evans says the movie reminds him of his own New Year's celebrations as a member of the gay community. That was part of the reason why he was so excited to join the project, which highlights queer talent both in front of and behind the camera and doesn't shy away from sexuality the way some mainstream projects unfortunately still tend to do.

"I can't think of a better way to kick off 2020," said Evans when asked how it feels to begin the new year with a strong dose of representation. "It feels like for a long time we, in the LGBTQ community, have been fighting for our role, sort of fighting for our visibility and fighting for our stories. And I think this one -- minus the murder part -- is a very accurate representation of sort of a sort of weekend with friends and in this community, or at least at least in my world."

"I'm also a very big fan of the horror, of the slasher movies, the thrillers and everything," he continued. "And it would be nice be able to do one where the gay character doesn't get killed first. He gets killed first, second, third and fourth." Evans said he also loved how there wasn't just one queer friend in the group and there's "more than just one member of the community on screen at a time."

"It was refreshing and I hate that it's the groundbreaking thing, but yeah, you know, it is," he said. "And it's the entertainment world we're living in. I hope it helps change the landscape of Hollywood."

Keep reading our Q&A with Evans below. "Into the Dark: Midnight Kiss" hits Hulu on December 27.

Are you seeing a shift out there in Hollywood as far as the projects that are starting to get made now? It seems like it's happening, but then, we have people pulling commercials because of a lesbian kiss. It's just like there's a give and take.

That's going to be the struggle for a while. I hope it's not. But every time you think you're making progress, there's sort of the one step back. Although the Hallmark Channel did come out with an incredible apology. [Hallmark] wants to learn everything and people can make mistakes and learn from their mistakes. That's great. But in Hollywood especially, I think the most exciting thing for me is to finally see that LGBTQ parts are being played by LGBTQ actors. I don't know that in the future it's going to be so important to anybody. It's called acting for a reason. Everybody should be able to play anything, but for now it kind of levels the playing field for us, in a sense. If we're not going to get cast in other things, at least let us play us.

Can you talk about getting into the headspace of Joel? I know he's not he's not exactly the most lovable character in this project.

He's the least lovable character! It's funny, the original script that we had all read and the scenes that I did for the audition, none of the scenes I did for the audition are even in the script that we shot. Everything changed. The original murderer completely changed. And so that character of Joel changed throughout. He landed on this sort of overbearing, organized kind of bossy sort of friend. I think everybody can recognize that friend. Joel definitely has the element of 'how are these people still friends with this crazy dude?'

What was it about this this project that you were really interested in? As a fan of The Ruins, we're happy to see Carter Smith back doing more big projects.

Carter's the best. He should be doing more more projects. He has such a photographer's brain that I think there are just so many beautiful shots in this, it's amazing. I'm also a very big fan of the horror, of the slasher movies, the thrillers and everything. And it would be nice be able to do one where the gay character doesn't get killed first. He gets first, second, third, fourth. I think getting the sort of accurate representation of, you know, a weekend trip that a group of my friends would like and being more than just one member of the community on screen at a time, in fact, five, a group of friends hanging out. It was just refreshing and I hate that it's the groundbreaking thing... Yeah. You know, it is. And it's the entertainment world we're living in. I hope it helps change the landscape of Hollywood.

And I also like that they had their best girlfriend with them as well. That felt very realistic.

Oh, absolutely and they're necessary. When I left the screening, I had a couple of girlfriends with me and they just, the whole time, kept looking at me like, 'That's me, at the end of the night when she's got her headphones on watching Netflix and everyone else is hooking up or whatever, she's just sitting there watching TV and eating cereal.' It was cracking my friends up to see themselves so accurately represented.

Now, obviously, this all takes place on New Year's Eve. The friends in it have this a game that they play every year. I'm wondering if you have a New Year's Eve tradition or one night that stands out in your memory?

I feel like I'm going to get myself into trouble by saying too much. But throughout my 20s, I think a 'Midnight Kiss' game was always a game. You know, go to a party with a couple friends and you look around like, 'Who I want to be my midnight kiss?' It truly is a thought process. And then you start calling dibs. Not so much anymore, but New Year's Eve is always that night where I feel like I'm not going to do anything too crazy, I'm not going to make plans, not gonna spend all this money ... and then I inevitably going out and going crazy. Not killing anyone! 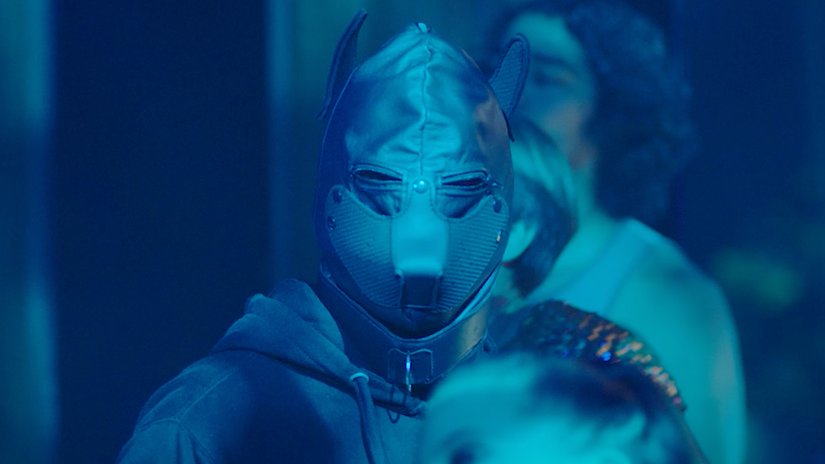