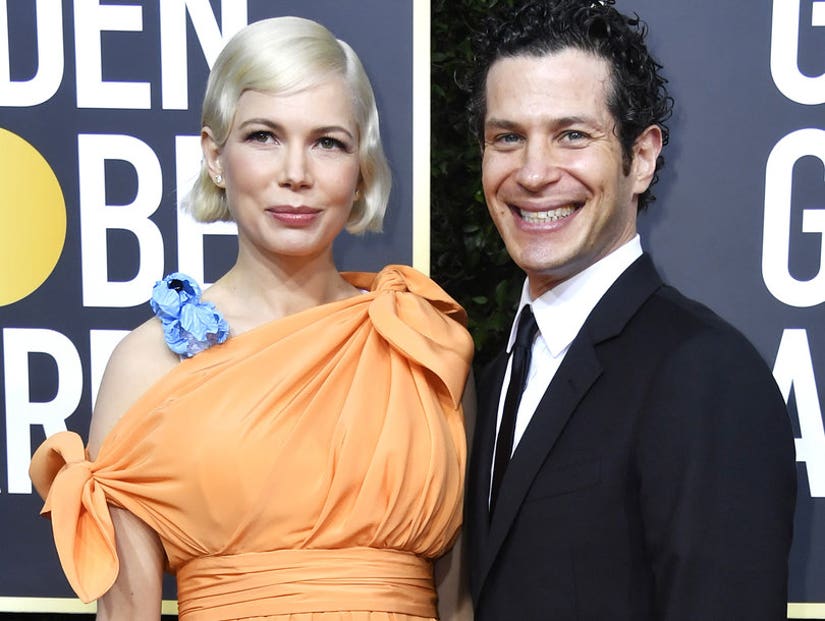 Williams is nominated for best actress in a miniseries or television film category for her role as Gwen Verdon in "Fosse/Verdon."

Less than a week after it was reported the actress and "Hamilton" director are engaged and expecting their first child, the couple made their first public debut on the 2020 Golden Globes red carpet Sunday night. 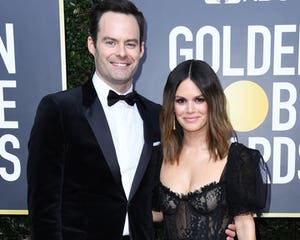 Williams -- who is up for best actress in a miniseries or television film category for her role as Gwen Verdon in "Fosse/Verdon" -- looked gorgeous in a one-shouldered peach gown. The "Venom" star also posed with her BFF, Busy Philipps.

Kail, who was a director and producer on "Fosse/Verdon," and Williams were photographed together in London when the Oscar-nominated actress was filming "Venom 2." According to People, Williams was seen shopping for baby clothes at a maternity boutique.

On Dec. 30, the publication confirmed the exciting news that Williams was not only engaged but pregnant via a source. Williams' child with Kail is her second, as she also shared daughter Matilda, 14, with the late Heath Ledger. As for the upcoming nuptials, it will be Williams' second time down the aisle after she secretly tied the knot to Phil Elverum in the Adirondacks in July 2018, before they split in April 2019.