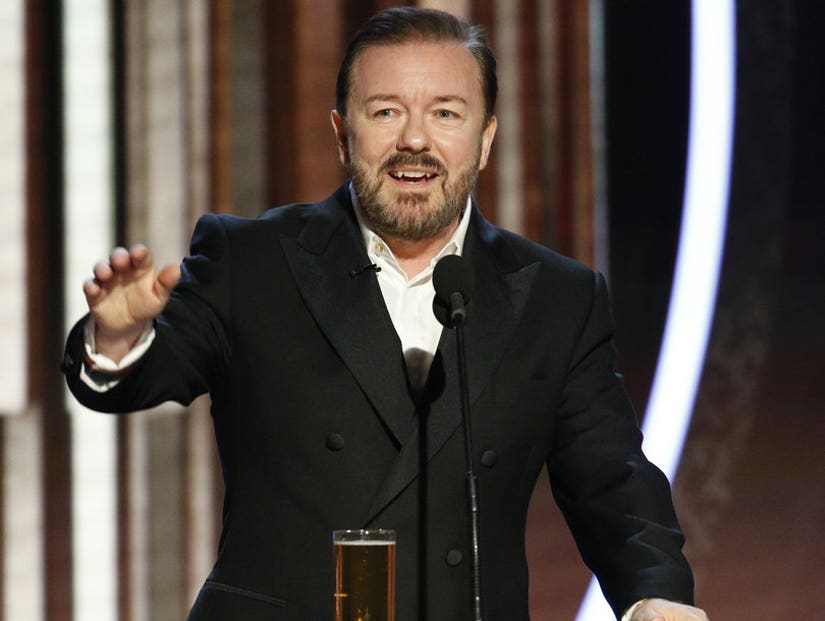 He vowed this would be his final time hosting the Golden Globes, so it was likely he would go out with a bang.

Having hired him four times before, the HFPA knew exactly what they were getting into by bringing back Ricky Gervais for number five — and so did everyone else who walked into the Beverly Hilton in Los Angeles on Sunday night.

Chatting to Ryan Seacrest on the red carpet before the show, a calm and collected Ricky didn't beat around the bush: "They're going to enjoy it more than I am... and I'm going to say awful things about them."

When Seacrest asked him if the show producers had heard his full material and given their blessing, he just laughed out loud, before adding: "There might be a couple of ad libs." His partner Jane Fallon meanwhile, asked if she'd heard the material, looked kind of nervous: "A couple of times I've said 'nope. Please don't,'" she said, shaking her head.

Ricky just grinned: "I'm not libeling anyone. I'm going to remind them: listen, they're just jokes."

And the nominees for best put downs of the night are:

"I came here in a limo tonight, and license plate was made by Felicity Huffman. It's her daughter I feel sorry for. That must be the most embarrassing thing that's ever happened to her... and her dad was in 'Wild Hogs'."

"Talking of all you perverts, it was a big year for pedophile movies. 'Surviving R. Kelly'. 'Leaving Neverland'. 'The Two Popes'."

"Many talented people of color were snubbed in major categories. Unfortunately there's nothing we can do about that. The Hollywood Foreign Press are all very very racist. We were going to do an 'In Memoriam' segment, but when I saw the list it just wasn't diverse enough. It was mostly white people, and I said no. Not on my watch. Maybe next year, let's see what happens."

"A lot of controversy about our next category — no female directors were nominated this year. Not one. I mean, that's bad. I've had a word with the Hollywood Foreign Press, and they've guaranteed that will never happen again. Working with all the major studios, they've gone back to the way things were a few years ago when they didn't even hire women directors. And that will solve the problem. You're welcome."

"You could binge watch the entire first season of 'After Life' instead of watching this show. That's a show about a man who wants to kill himself because his wife dies of cancer — and it's still more fun than this. Spoiler alert, Season 2 is on the way, so in the end, he obviously didn't kill himself — just like Jeffrey Epstein. (audience groans) Shut up! I know he's your friend, but I don't care. You had to make your own way here on your own plane, didn't you?"

"Martin Scorsese, the greatest living director, made the news for his controversial comments about the Marvel franchise. He said they're not real cinema, and they remind him of theme parks. I agree; although I don't know what he's doing hanging around theme parks, he's not big enough to go on the rides. He's tiny!"

"'Once Upon A Time In Hollywood'? Nearly three hours long. Leonardo DiCaprio attended the premiere, and by the end, his date was too old for him. Even Prince Andrew was like 'Come on Leo mate, you're nearly 50 son'." 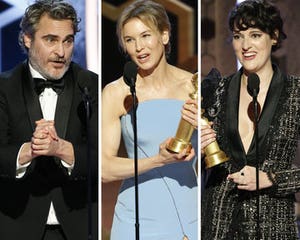 "Dame Judi Dench defended the film, saying it was the role she was born to play, because she — I can't do this next joke — because she loves nothing better than plonking herself down on the carpet, lifting her leg, and licking her own [censored]. coughs Furball! She's oldschool.

"Apple rolled into the TV game with 'The Morning Show', a superb drama about dignity and doing the right thing, made by a company that runs sweat shops in China."

Every actor in the room

"You say you're woke, but the companies you work for, I mean, unbelievable — Apple, Amazon, Disney — if Isis started a streaming service, you'd call your agent, wouldn't you? So if you do win an award tonight, don't use it as a platform to make a political speech. You're in no position to lecture the public about anything. You know nothing about the real world. Most of you spent less time in school than Greta Thunberg. So if you win, come up, accept your little award, thank your agent, and your god, and f--k off. Okay?"

"Our next presenter starred in Netflix's 'Birdbox', a movie where people survive by acting like they don't see a thing... sort of like working for Harvey Weinstein. You did it! I didn't! You did it, shut the f--k up."

Special mention goes to HFPA President Lorenzo Soria, who was the only one to fire back at the host.

"Ricky you keep saying this is your last year hosting... for God's sake please put it in writing." 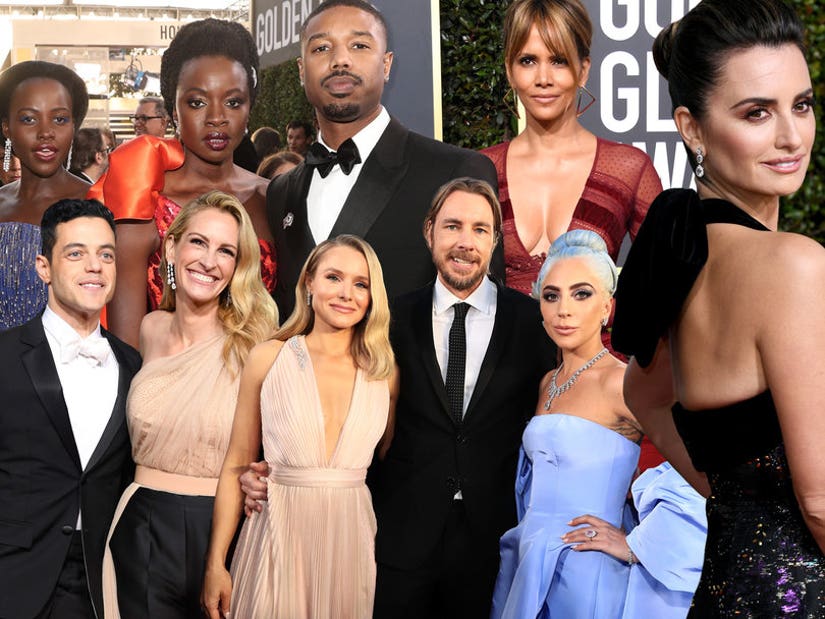