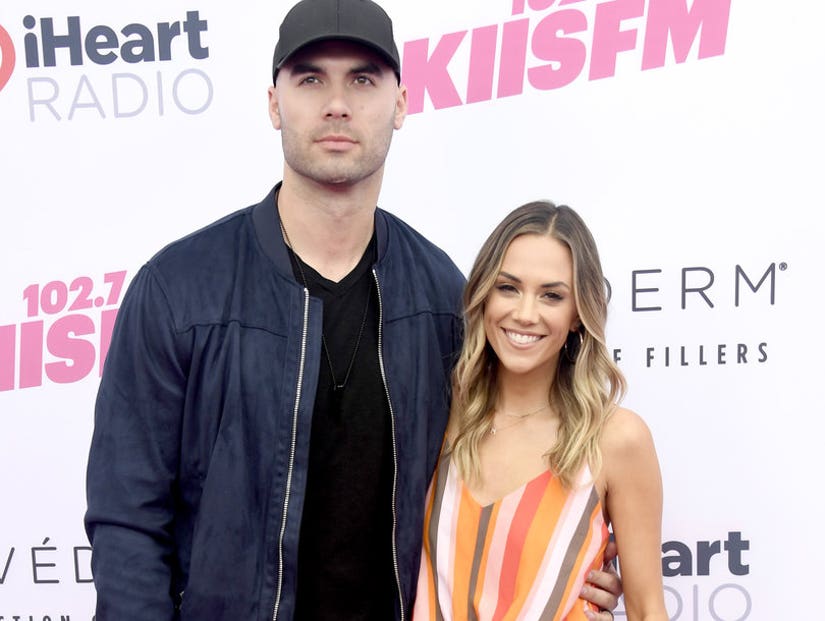 "How do you rebuild trust? I think it's just time. Time and a lot of therapy," the actress explained.

The latest episode of Jana Kramer and Mike Caussin's "Whine Down" podcast was missing a co-host.

On Sunday, the country singer recorded the podcast without her husband amid rumors the couple have split. Joined by some of her "mom friends" and Olympic gold medalist Shawn Johnson, Kramer opened up about her past struggles with trust in her marriage. 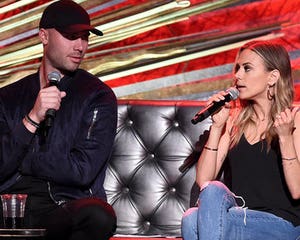 When a listener asked, "How do you rebuild trust when even his love is a trigger?" the "One Tree Hill" alum utilized what she's learned in her relationship with Caussin, who is an admitted sex addict, to answer the question.

"That's what I've always been trying to find though," Kramer said. "How do you rebuild trust? I think it's just time. Time and a lot of therapy and a lot of proving, consistent, rigorous honesty."

"One thing we learned from therapy is the 24-hour rule," she continued. "You have 24 hours. If you lie, [you have time] to come back and say, 'I messed up. That was a lie' and that shows change. That shows some honesty. That shows a little of growth. Get therapy because it's worth it."

Caussin's absence from the podcast came just a little over a week after the couple sparked split rumors as Kramer shared a cryptic message on Instagram on Dec. 30.

The day before, Kramer removed "wife" from her Instagram Bio and took out Caussin's name on the title of their podcast "Whine Down w/ Jana Kramer and Michael Caussin." The next day, however, both appeared back in their respective spots, with no explanation from Kramer.

While family photos and snaps of Caussin, still appear on Kramer's Instagram, fans were quick to point out that several pictures of the couple were taken down, including one with an emotional caption.

"So, if I'm being honest -- this photo isn't real life right now. Today was a tough couples therapy session. Nothing big happened, just a lot of feelings that were held in and damn did they come out today," Kramer captioned the since-deleted post. "So though it shows us smiling right now I wanted to be honest and say yup marriage can be hard and it takes a lot of hard work."

So...If I'm being honest...this photo isn't real life right now. Today was a tough couples therapy session. Nothing big happened, just a lot of feelings that were held in and damn did they come out today. Today also… https://t.co/50HN0DJxi0

On New Year's Day, Kramer posted a quote to her Instagram Story which read, "She has been through hell. So believe when I say, fear her when she looks into a fire and smiles."

The couple first began dating in August 2014, but she announced they had split just weeks later because he had been unfaithful.

They reunited and eventually married in May 2015, but split again in September 2016 after it emerged the former pro athlete cheated on the actress with "multiple" women after their wedding. The pair later reconciled and renewed their vows in December 2017. When Caussin had a "sex addiction relapse" last year, Kramer stood by his side.

And she remained there when a sexting scandal rocked their relationship in October, which was aired out on their podcast. Caussin claimed a "bot" had sent the topless photo, and Kramer believed him as she spoke with Extra at the time.

"I know it was not an actual person. It was a bot," Kramer told the publication. "But I still do not believe he was going to tell me about it. I totally get why he would delete it and not tell me. I get that thought process, 100 percent. It is just that the toll that the trauma takes -- I don't know how much I have left of that to cry out any more." 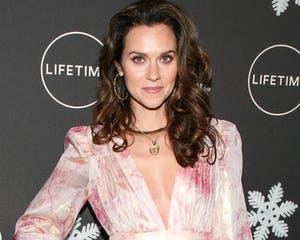