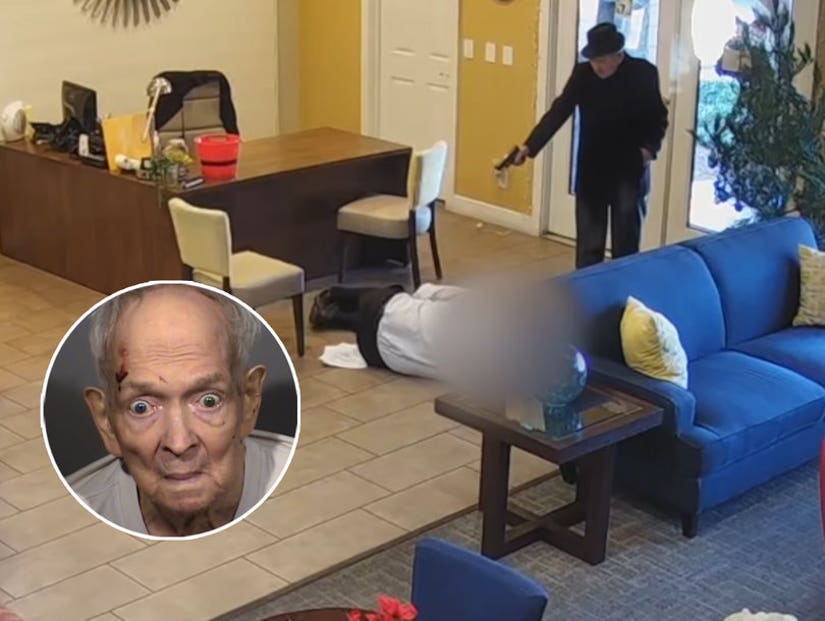 Thomas reportedly told police that he would do it again.

Thomas — who has no criminal history — was reportedly upset his apartment had flooded and blamed management staff, so brought along a Glock 9mm to help voice his concerns. 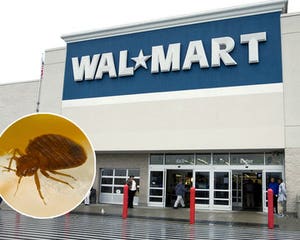 CCTV footage shows him walking into the office on January 2, wearing a black coat and hat, and talking to the manager and his assistant. A few moments later he calmly removes the handgun from his inside pocket, prompting the shocked female assistant to call the police.

Unperturbed, Thomas then points the gun at a wall and fires a warning shot; the bullet goes straight through it and through a computer screen on the far side, as a third staff member can be seen in the foreground making a hasty exit.

After allowing the female staff member to leave, he aims the gun at the managers leg and fires another round, sending him crumpling to the floor.

Like a scene from a gangster film, Thomas stands over him and lets him writhe around in pain for a few moments, before he takes careful aim and fires a second round into his other leg.

Just seconds later, an armed officer is on the scene; screaming at him to drop the gun, the cop fires a round through the glass door, shattering it.

Thomas places his gun on the desk before the officer bursts in and pulls him to the ground, arresting him. 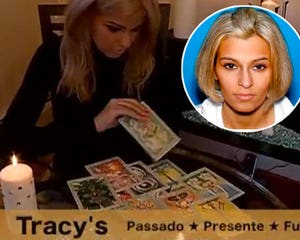 Miraculously, the bullet fired by the officer went straight through the lapel of Thomas's jacket, but never touched him.

The apartment manager was treated for non-life threatening injuries.

According to prosecutors, Thomas told police that he would do it again. He told the court that he didn't want to kill the victim, just "mess him up a little." 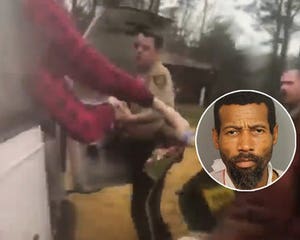