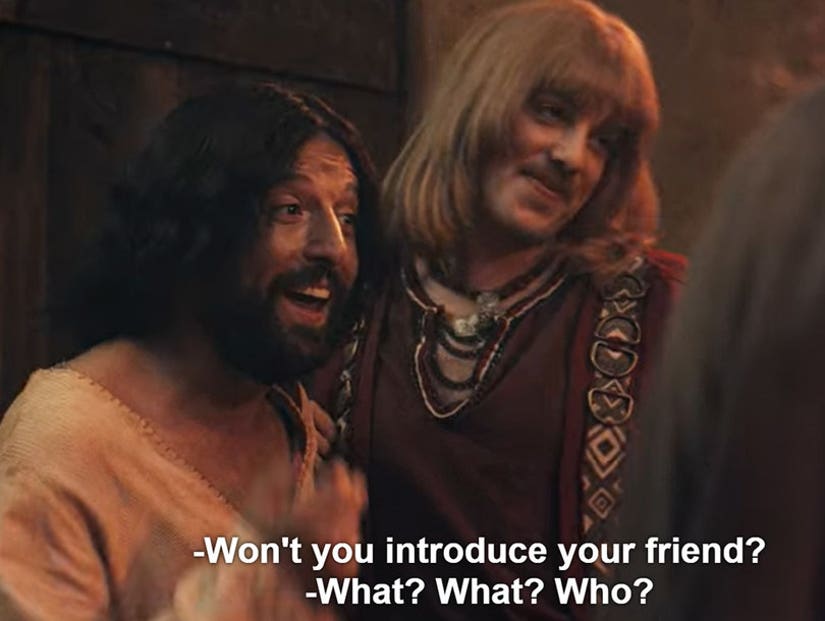 A Catholic group denounced the satirical film as "portraying Joseph as an idiot, Mary as a cheater and Jesus as a childish homosexual."

A Brazilian satirical film portraying Jesus as gay on Netflix has caused quite a firestorm in the South American country.

The backlash towards "The First Temptation of Christ" included preachers calling it blasphemous, a petition signed by millions to charge the creators -- sketch-comedy group Porta dos Fundos --with a crime and a judge ordering the film to be taken off the streaming giant, according to The Washington Post.

The judge's ruling was prompted by a legal complaint from a conservative Catholic group claiming the film "attacked the protection of religious freedom" by "portraying Joseph as an idiot, Mary as a cheater and Jesus as a childish homosexual."

The controversial scenes in the film include Mary smoking marijuana, one of the three Wisemen hiring a sex worker and Jesus bringing home a flamboyant male companion, Orlando, who suggests the two have a sexual relationship.

At one point in the film, Orlando begins describing how he met the son of God, as he explains, "I was bathing in an oasis, and I was naked."

Jesus abruptly interrupts to avoid any suspicion, saying, "And then I asked for directions. I asked, and he gave it to me."

Bye, bye!
Side note: Jesus was gay. Don't cherish the illusion he was straight!
Link to the video:https://t.co/WZt5KhNtIG

"You bet I did," Orlando responds with a nail file in hand. "I sure gave it to him."

These tongue-in-cheek jokes caused the criticism to arrive swiftly, but Netflix remained tight-lipped.

"[Netflix] haven't said anything to us like, 'Maybe we should stop making the special available,'" said Fábio Porchat, who plays Orlando, to Variety last month. "They support freedom of speech."

We've decided to cancel @netflix subscription after we knew about the movie The first temptation of Christ and The last hangover. I can't believe they call these shitty movies art! and I am not going to put my money into such productions!

I just heard of “The First Temptation of Christ” movie that Netflix is showing now. It depicts Jesus as a gay man with an aside of just being disrespectful. Cancelling my @netflix today and you should too!!!

The Molotov attack was shared online in a video featuring three men taking responsibility, claiming they were working on behalf of Brazil's "integralists," a 1930s-era ultranationalist movement.

No one was hurt in the attack and as of Wednesday, Netflix has yet to take down the video.