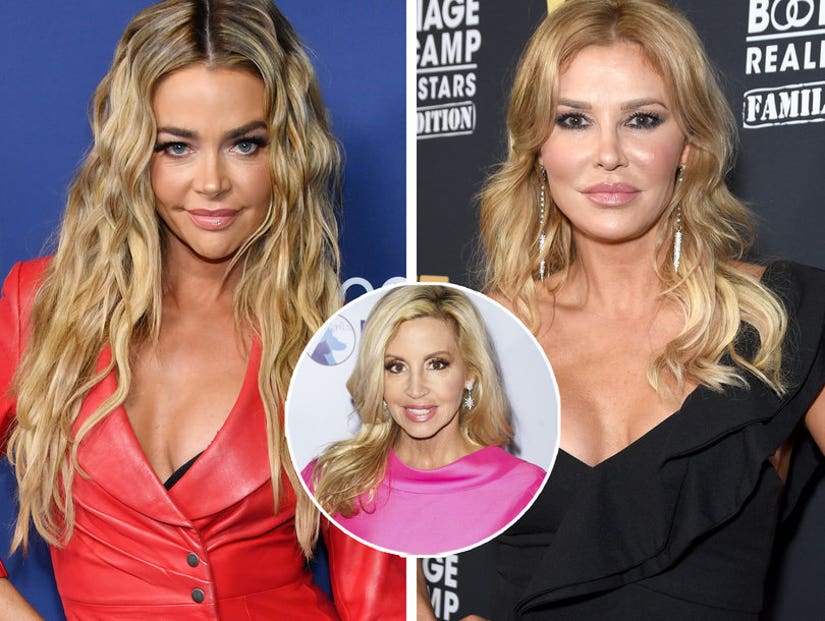 "Someone is desperate for a diamond," says Grammer.

UPDATE at 10:20am PT on January 9, 2020: Brandi Glanville responded to the rumors by simply saying she's not "allowed" to respond.

A rep for Denise Richards has come out swinging against reports the "Wild Things" star had a months-long affair with Brandi Glanville, simply telling TooFab the rumors are untrue.

And Richards has some backup in Camille Grammer.

The "Real Housewives of Beverly Hills" gossip train began on Wednesday, when Daily Mail reported that the two had been seeing each other from early 2019 until the middle of the year. The report claimed Denise told Brandi she and husband Aaron Phypers were in an "open marriage," but that apparently wasn't the case and Aaron was "hurt" by the relationship.

So far, Brandi hasn't commented on the story publicly, but did send out a series of tweets about being "Denised" in December.

Camille Grammer, however, took to Twitter on Wednesday to share her two cents -- also saying none of it happened.

It's BS. It didn't happen. Somebody is desperate for a diamond.

The story isn't true. It may play out this season.. I don't know? She didn't do anything with BG.

It may come up... a desperate person looking to start drama to get back in the show full time. Some people will lie about anything SMH

Spoiler alert. She didn't hook up with BG.

I would like to see the diamond holders actually carry a season instead of guests or friends.

It does appear something has gone down between Denise and the other women, after Lisa Rinna called her out for missing filming an event at Dorit Kemsley's home back in December.

At the time, Denise revealed to her Instagram followers that she experienced some health issues "a couple months ago." After trying her best to "power through" the pain, she said doctors discovered she had two femoral and two inguinal hernias.

She added in a second comment, "Is everything ok? Is everyone ok?"

Camille called Lisa out at the time, tweeting, "Rinna you throw your friend under a bus. How about calling her to see how she's Doing and stop tweeting about it." Rinna replied, "I did reach out to her privately. Thank you for your concern, Camille."

Brandi teased some of the upcoming drama back in November as well, before the rest of the women went on their apparently-explosive trip to Rome.

"There's some stuff going down. It's not gonna be PC, I'll tell you that," she revealed. "Everyone's like, 'Oh, everyone loves each other.' Not true. Shit's going down right now and we'll all figure it out soon enough." 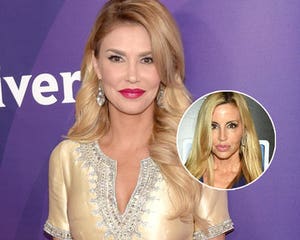