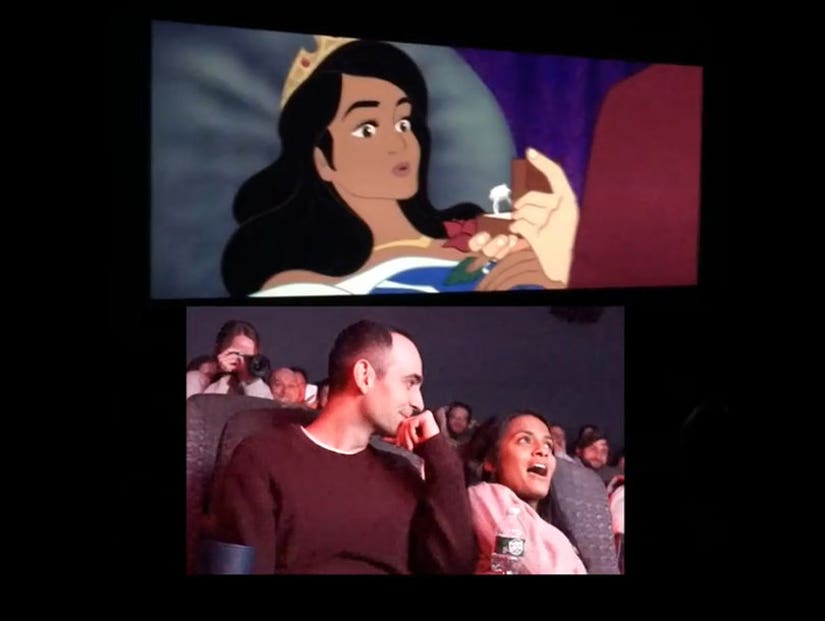 He had two versions ready to go -- one where she said yes, and another for if she turned him down.

Lee Loechler and Sthuthi David are on their way to "happily ever after" following a fairy tale proposal that stole the Internet's heart.

The Boston filmmaker shocked his girlfriend during a screening of her favorite film, "Sleeping Beauty," by working with an animator to edit themselves into the movie at the pivotal kiss.

As they watched Prince Phillip lean in to kiss Princess Aurora in the Disney classic, the two characters were suddenly transformed into animated versions of Lee and Sthuthi. As David looked confused as hell, the on-screen Loechler tossed a ring box out of the screen to his real-life counterpart.

Once she realized what was going on, David's first reaction was to exclaim, "Oh my god! Oh my god, these poor people" -- only to learn the audience was actually filled with her friends and family, as well as random strangers to throw off suspicions.

"I love you with my whole heart, including all of its ventricles, atriums, valves. She's a cardiologist," began Loechler. "Sthuthi David, MD, will you live happily ever after with me?"

She said yes, before the movie on screen showed the fairy godmothers reacting in celebration.

"I thought there was something wrong with the movie!" David exclaimed after the proposal. "That was so good. Oh my god!"

The screen then showed an alternate ending, which was only supposed to be played had she said no. That clip showed Snow White's dwarves crying as "Mad World" played in the background. 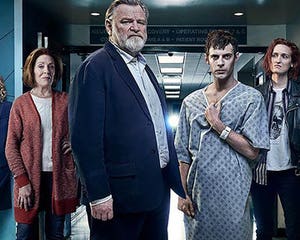 "It's not every day you get to propose to your High School sweetheart. For the past six months I've been working with @kaylacoombs to animate @stutzd4 and myself into her favorite movie, Sleeping Beauty," Loechler explained on Instagram. "The only thing better than seeing the smartest person I know completely dumbfounded was knowing we'd get to live happily ever after together. ❤️ Enjoy!"

The animator, Kayla Coombs, also shared the video to their page, adding, "SURPRISE!!! For the last 6 months I've been working with the incredible @yours_true_lee to execute the Sleeping Beauty proposal of his high school sweetheart's dreams."

"After many late nights sketching and colouring I might be even more excited that @stutzd4 said yes than he is," she added. "Lee, thank you so much for trusting me with your vision. It's truly been an honour to be a part of this. Wishing you both the happiest of Happy Ever Afters 💕💕💕"

Expecting backlash from the Mouse House, Loechler took to his Story on Wednesday to share "message" from Walt Disney himself -- a photo Walt's statue holding a piece of paper reading "Don't Sue Lee." 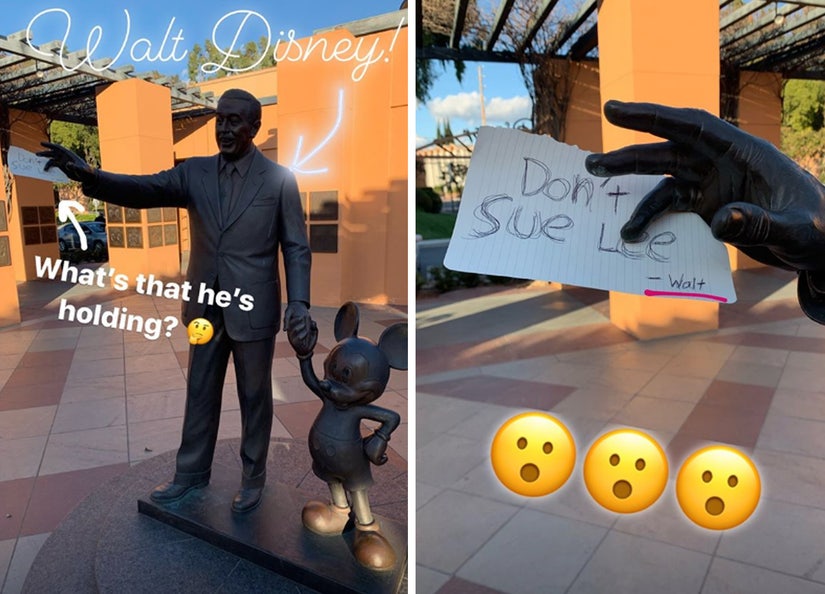