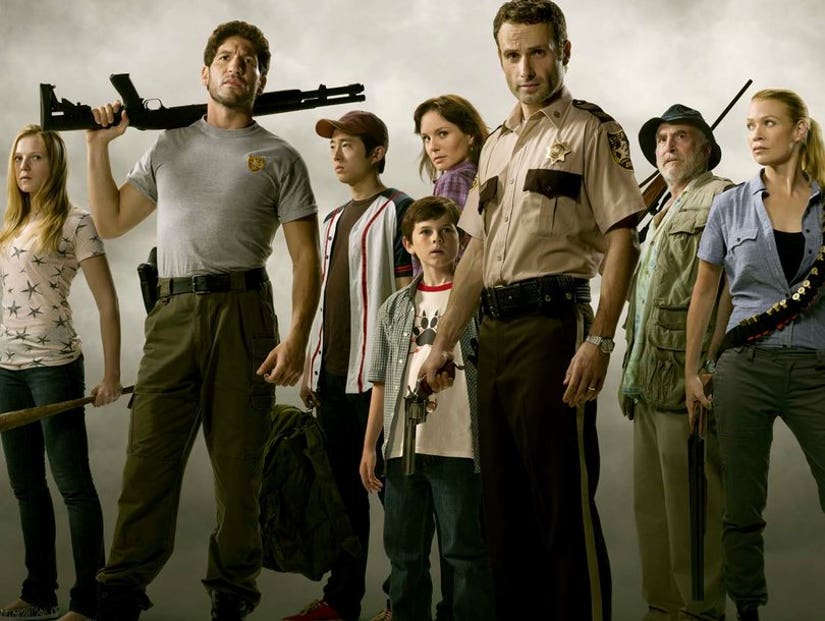 And, no, not as zombies.

A few dearly departed stars of "The Walking Dead" might be shuffling back to the small screen, deaths be damned!

Scott M. Gimple, the franchise's chief content officer, revealed plans to revive some of the core show's "lost" characters for potential limited or event series in the future -- meaning people like Shane, Glenn, Abraham and/or Jesus could find their way back among the living.

"We really do want to come out with different TV formats, meaning shorter things, and then some event series, limited event series," he revealed in an interview with Entertainment Weekly. "I'm trying to get together a number of different things that we can show at different times during the year, and this focuses on characters we miss and we lost." 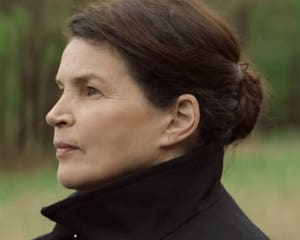 Walking Dead Spinoff Reveals Name and Connection to Larger World in New Trailer, And It's a Big One

When asked if that meant "filling in some backstories" for characters who have been killed on either "The Walking Dead" or "Fear the Walking Dead," Gimple confirmed that was his plan.

"That's exactly what we're doing. I mean, it isn't the only thing we're doing. It's not like everything is like Gotham, but that's one of the sort of three kind of categories that we're tackling," he explained. "It's awesome. It's awesome to be able to play with characters that we've lost, and it's awesome to fill in some of the blanks."

He also said these other projects could simply take place in the same universe, but have nothing to do with anything or anyone we've met so far. They could be "these little zombie tales that happen in our world with our rules and our timeline," he teased, but are just "really great stories of the end of the world" and deal with "new mythology." 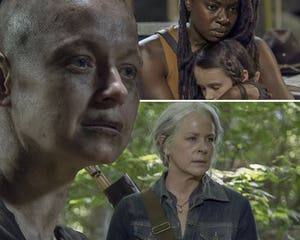 In addition to the two shows already airing on AMC, a new spinoff, "The Walking Dead: World Beyond," will begin airing in Spring 2020. Three films are also in the works, which will explain what happened to Rick Grimes after his helicopter disappearance on the show.

"We are going to continue to tell Rick's story, and we are going to discover so much of the world through that story," Gimple also teased of the movies. "Rick will be challenged in different ways that, in some ways, everything that he's been through has sort of prepared him for. It's a much larger world than one that he had been operating in, and that was challenging in and of itself. Now things are heightened, and just as we're going to the movies — and it is the movies proper, suitably wide screen — we're going to be filling that screen with a brand new world."

The films will premiere in theaters at a later date.

Season 10 of "The Walking Dead" continues February 23 on AMC.