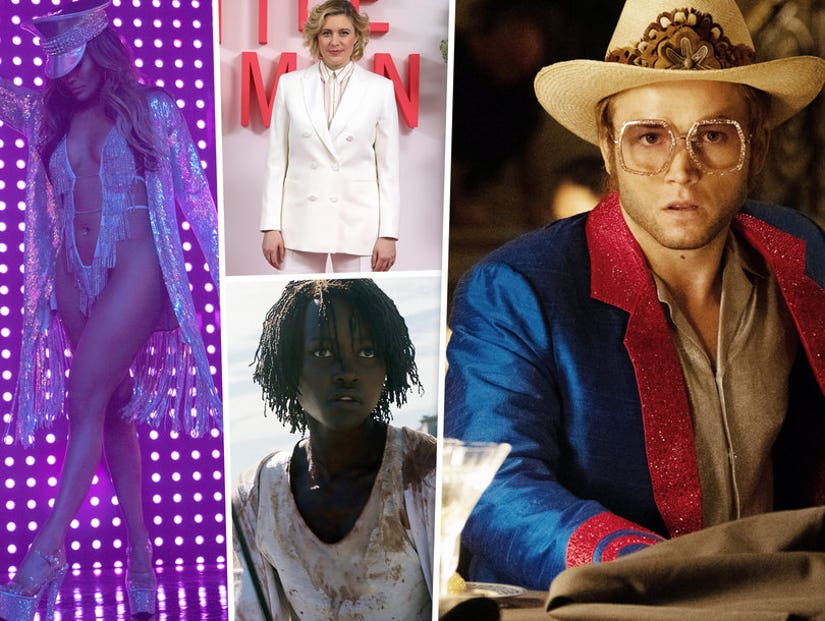 "Congratulations to those men," said actress Issa Rae after announcing the all-male nominees for Best Director.

Not unlike Oscars of the past, the 2020 Academy Awards failed to nominate a diverse group of actors, writers and directors.

Of course, the Twitter-verse was quick to notice, with many bringing out the #OscarsSoWhite and #OscarsSoMale hashtags. 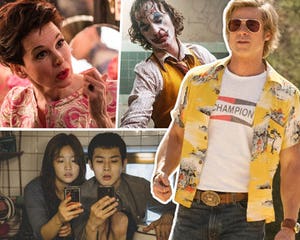 Cynthia Erivo, who earned a Best Actress nod for playing the titular role in "Harriet," was the only person of color nominated for acting. Critically-acclaimed dramedy "The Farewell" was completely snubbed -- with even lead actress Awkwafina, who has received recognition by other ceremonies, being left out. Similarly, Lupita Nyong'o was completely ignored for her dual role in "Us". Same with Jennifer Lopez, who was surprisingly left off the Best Supporting Actress list.

The absence of female directors on the Best Directors list for the second year in a row was the most egregious omission in the eyes of many critics. Greta Gerwig was an obvious oversight for her work on "Little Women" in addition to many other female filmmakers who deserved recognition, including Lulu Wang for "The Farewell," Lorene Scafaria for "Hustlers" and Olivia Wilde for "Booksmart."

After announcing a list of all-male Best Director #OscarNoms...

In fact, Issa Rae, who announced the nominations alongside John Cho Monday, even threw in apparent jab at the Academy after no females were listed. "Congratulations to those men," she quipped after male directors Martin Scorsese ("The Irishman"), Todd Phillips ("Joker"), Sam Mendes ("1917"), Quentin Tarantino ("Once Upon a Time...In Hollywood), and Bong Joon Ho ("Parasite") were announced.

The Best Actor category was definitely another that had Twitter talking. There was no love for Adam Sandler (or his movie) "Uncut Gems" and Taron Egerton failed to get nominated for "Rocketman" even after winning the Golden Globe earlier this month. And bringing back the topic of #OscarsSoWhite, Jaime Foxx and Eddie Murphy were both snubbed for their work in "Just Mercy" and "Dolemite Is My Name," respectively.

Updated Little Women:
"I'm so sick of people saying that DIRECTING is not what a woman is fit for."
That said, huge congrats for the Greta Gerwig adapted screenplay nom + Actress, Supporting Actress, Score, Costumes...#OscarNoms pic.twitter.com/DNte5OIQ82

"Congratulations to those men." @IssaRae is all of us, mad about the lack of a directing nod for Greta Gerwig. #OscarNoms pic.twitter.com/of7a10qKUn

No matter how the Academy tries to diversify itself, it continues to have a serious problem with female directors. In the Oscars' 91 year (!) existence, ONE woman - Kathryn Bigelow for the Hurt Locker - has won Best Director. I'd boycott if it weren't my job to watch!

tfw Florence Pugh perfectly describes why it's ridiculous that Greta Gerwig wasn't nominated for an Oscar for directing Little Women — a category wherein only men were nominated — and a movie about women's work not being deemed as valuable or important as men's work. pic.twitter.com/XCYjHIcsiP

When Jennifer Lopez invites you to climb into her fur, you're supposed to say yes

Jennifer Lopez was snubbed from her first ever Oscar nomination so others could be recognized for playing the same basic white women characters 🤬🤦🏻‍♂️ pic.twitter.com/feVq2UFYxA

No Oscars nomination for @JLo?! pic.twitter.com/yY8ZDC8XJT

Jennifer Lopez snubbed at the #OscarNoms and I heard the screams of millions of fans.

It was a good run JLo! pic.twitter.com/VnJIRMH90f

It's terrible #OscarNoms snubbed @Lupita_Nyongo @awkwafina @JLo. They gave some of the best performances of the year and the ceremony is way less interesting without them.

There is no way that Kathy Bates in Richard Jewell was better than Jennifer Lopez in Hustlers and I will die on that hill! #OscarNoms

Bad news: Sandman gets no love from the Academy.
Good news: Sandman can stop wearing suits.
Congrats to all my friends who got nominated, especially Mama. pic.twitter.com/o1Ep3E7GRB

Eddie Murphy & Adam Sandler should do a live comedy special the night of the Oscars.

Taron Egerton this morning after he did all that campaigning pic.twitter.com/zUL7Ibd9h6

the reason they snubbed adam sandler is cause they knew he'd fucking win.

so you're telling me r*mi m*lek won an oscar for b*hemian rh*psody and taron egerton wasn't even nominated for rocketman? doesn't make sense

Are you fucking kidding me?! Adam Sandler was fantastic and he got snubbed??? #OscarNoms pic.twitter.com/7usBoWsnkh

Taron Egerton gave the performance of his career and doesn't even get nomainted yet Rami Malek won best actor for being in the most by the numbers mediocre biopic just a year ago?

The Oscars are bullshit.

No Lupita for Best Actress? I think if Us had come out in November, she'd be nominated #Oscars pic.twitter.com/AR8eNmIMnh

the way lupita plays two characters flawlessly in one movie and yet the academy nominates a tree #OscarNoms pic.twitter.com/klz3KrTlim

where tf are Lupita and Booksmart #OscarNoms

Appreciation post for Lupita's performance in Us bc it was one of the best performances of last year and yet it got completely ignored by the academy and that is absolutely unacceptable#OscarNoms #Oscars pic.twitter.com/MHpKDBEsBG

I don't know why I still get my hopes up about the Oscar nominations. NO love for Jennifer Lopez, Queen & Slim, or any female directors. And the only Black actor nominated was for...you guessed it: a slavery movie. And they had Issa Rae and John Cho present to...distract us?

One Black acting nominee ... despite a plethora of chances to reward so many amazing performances from Black, Latinx and Asian actors this year. One nominee doesn't excuse this #OscarsSoWhite lineup.

I saw more conversations about how good these 3 performances were than all of the Oscar nominees combined.

The Academy is dooming itself to irrelevancy. #OscarsSoWhite pic.twitter.com/8FKwNnvYJc

ABC realizing they now have an Oscar broadcast now with no JLo, no Beyonce, no Eddie, no host and #OscarsSoWhite pic.twitter.com/twOjFfFHeo

The 92nd Academy Awards air live from the Dolby Theatre in Hollywood on Sunday, February 8pm ET on ABC. 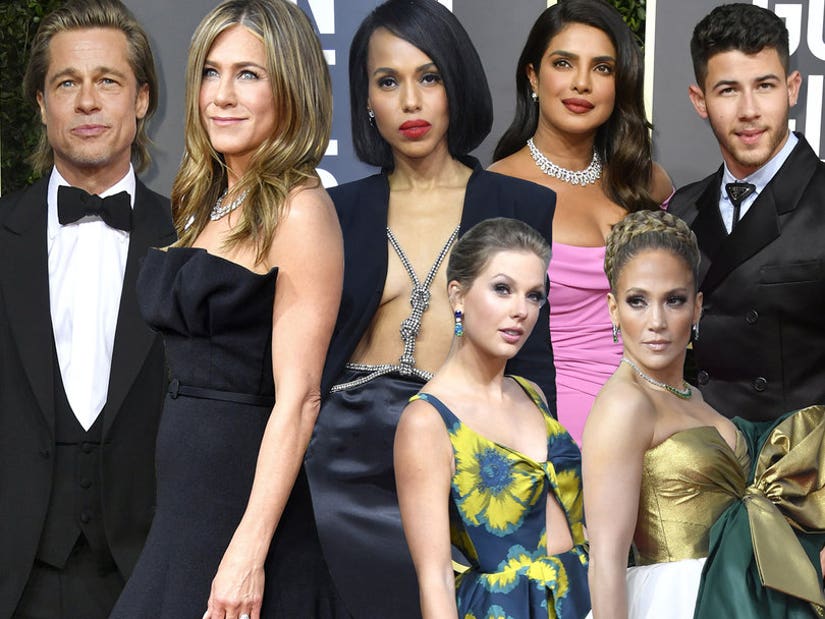 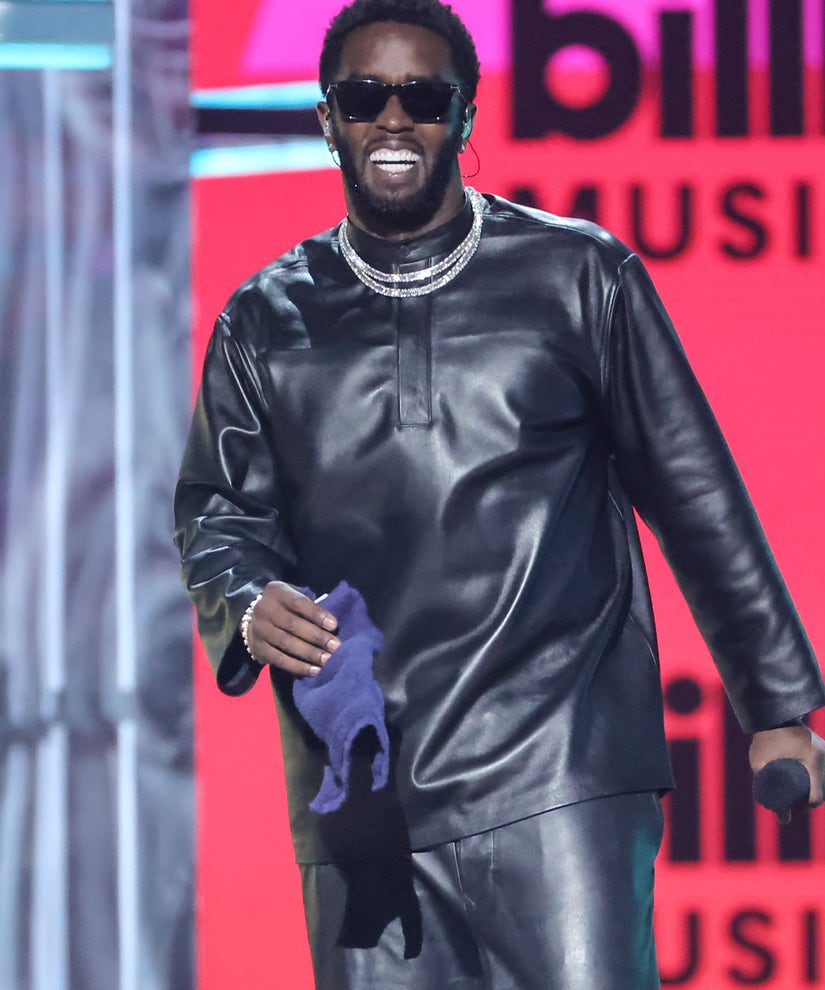