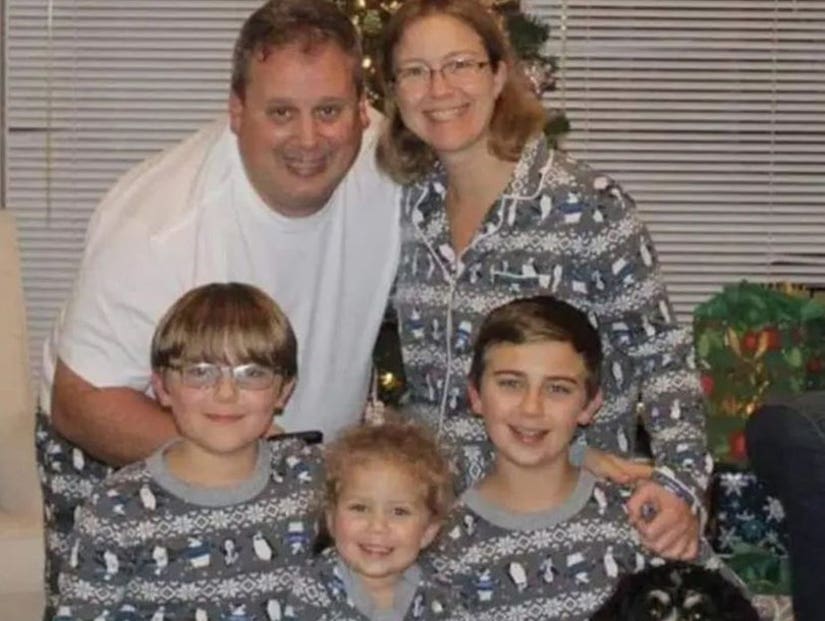 The idyllic neighborhood sits on the outskirts of Disney World, built by the Walt Disney Company.

Anthony Todt has confessed to killing his wife and children.

Giving a press conference Wednesday morning, Sheriff Gibson choked up as he read out the dates of birth of the murdered children.

He said Todt confessed to killing the family sometime at the end of December, meaning their bodies lay in the house for more than two weeks before they were discovered on Monday.

He revealed that officers had been asked to carry out a welfare check on the family on December 29, after a concerned relative said she hadn't heard from them in two days, believing they were suffering from flu.

Officers called to the house but were unable to make contact with anyone; having not seen anything suspicious, they left.

But on Monday, police returned to the house to serve an arrest warrant at the request of Federal agents, relating to another matter stemming from Connecticut, not connected to the missing family.

It is then they discovered the four bodies, who have yet to be formally identified. The cause of death has not yet been released, but all four are being treated as homicides.

Before being taken from the house in handcuffs, Gibson revealed Todt had taken a number of pills in an attempt to self-harm. He was hospitalized but discharged Wednesday.

"Myself, I cannot understand what would cause a person to commit such evil and horrendous acts," Sheriff Gibson said, urging anyone suffering in a domestic situation to reach out for help.

"Three children and a mother has lost their lives at the hands of a husband, and supposed father. And their dog. This is despicable, and cannot be tolerated anywhere in the United States of America."

Todt faces multiple counts of homicide, and one count of felony animal cruelty.

Four people have been found dead inside a home near Disney World, Florida.

Florida police made the grim discovery in the idyllic community of Celebration on Monday while investigating the whereabouts of the Todt family, after being alerted by concerned relatives who had not heard from them in a week. The family includes father Anthony Todt, his wife Megan and their children, Alex, Tyler and Zoe. 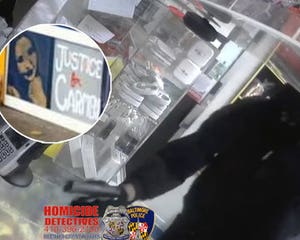 Anthony Todt was reportedly arrested at gunpoint and taken away in handcuffs, a witness told WESH.

While the Osceola County Sheriff's Office did not confirm the identities of the deceased or the suspect, they said that "all parties involved with this death investigation are accounted for", and that it was an "isolated incident."

Celebration, which boasts a population of around 7,400, sits on the outskirts of Disney World, and was built by the Walt Disney Company.

The Todt family recently moved there from Colchester, Connecticut, where they are well-known for running their physical therapy business. The couple both had masters degrees in physical therapy; however Anthony's licence expired in September and Megan's was due to expire in February. 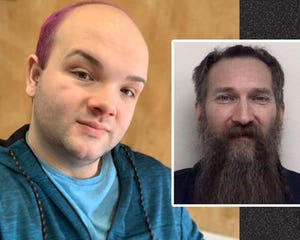 Anthony had been reportedly traveling back and forth between the two states to run the business after the move.

Concerned neighbors claimed they hadn't seen the family since mid-December, and a Facebook group was even set up entitled 'Looking for the Todt Family', which currently has 1,700 members.

#Todtfamily - Flowers on the door of Tony Todt's business in Colchester. Sign says they are closed until the 1st of the year, obviously we are more than 2 weeks past that now. @FOX61News pic.twitter.com/LAjT7Jih0y

A notice on the door of Family Physical Therapy — which had flowers pinned to it on Thursday — said the business would be closed until after January 1, but had yet to reopen two weeks on.

Three days before Christmas, the owner of the Celebration home who rented to the Todts filed an eviction notice against them, claiming they failed to pay rent.

"I saw a lot of police with guns in their hand saying open the door, open the door and a few minutes later I saw the guy on the porch with handcuff and I said something bad happened over there," one neighbor told WESH.