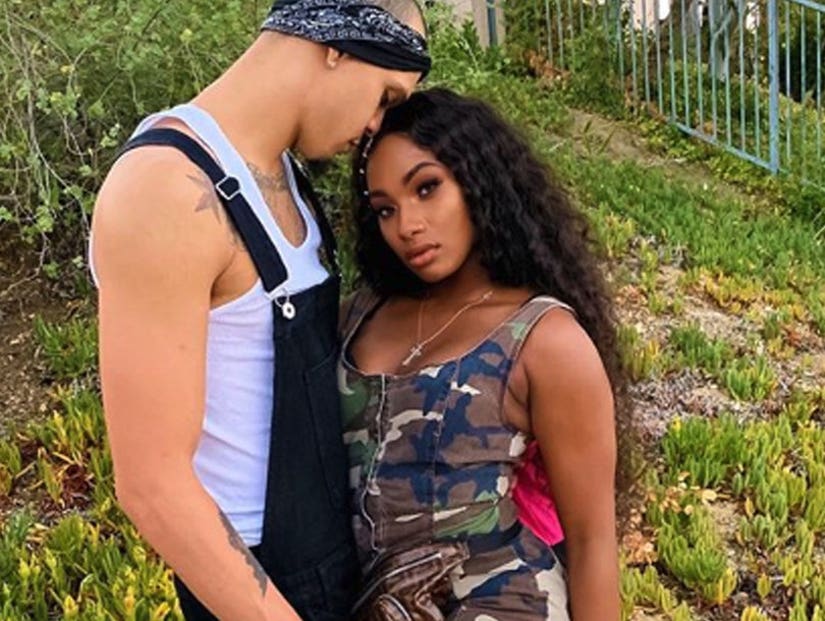 "I don't want people there that if the reverend says, 'Who objects?' and you got hands up," Egypt tells TooFab.

An engagement is supposed to be something to celebrate, but this season on "Growing Up Hip Hop," getting to a proposal has been anything but easy for stars Egypt Criss and rapper Sammattick.

While the two got engaged in June 2019, it has yet to air on WE tv series. So far, viewers have seen Sam planning to pop the question -- only to have some of the couple's friends and family try to stop it from happening.

Though Egypt's cousin Tee Tee and friend Briana Latrise are clearly against the nuptials, fans watched Sam ask Egpyt's mother -- Pepa from Salt-N-Pepa -- for her blessing, which she gave.

Sam's chat with Egypt's father, Treach from Naughty by Nature, will air tonight -- but TooFab caught up with the couple ahead of the episode to talk about getting her parents' permission, the haters in their way and who may or may not get an invitation to the wedding.

There has been a lot of meddling, especially from your cousin, leading up to this proposal. Why do you think there were so many people trying to derail this?

Egypt: They're not ready to see me walk into something. They're worried that I'll never talk them or feel like I need them and it's weird to me, 'cause if you know me, I'm not like that. I can be with somebody and I can obviously be around my family and have a great time and always ask for advice. I don't have to just get advice from my partner. It's okay to say you don't approve in the moment, but if you don't really have your own personal real reasons [to object], I don't think there's a point.

Do you see at all where they're coming from?

Egypt: From outsiders, yes, because they're not fully in and they're not fully behind the closet, behind doors, seeing what goes on. So from the outsiders, I understand, I'm 21, people don't think I have enough experience. I haven't done enough in my life to where I'm ready. Trust, I would not have said 'Yes' if I really felt like I wanted more to explore in life. I'm still iconic parents' daughter. In middle school I got to get taken out of school for like two weeks to go to Australia for a concert. I got to travel a good amount of my life and get out and do a lot of things I wanted to do. And my parents were always so supportive of the decisions I made because they trusted me to know that they raised me right.

Speaking of your parents, we've seen Sam get Pepa's blessing. Thursday's episode sees him speaking to your father, Treach. Sam, can you just talk a little bit about that? And was that always your plan?

Sam: It was definitely always the plan to speak to Treach. I've got a lot of respect for him and I wanted to always make sure that he sees how much respect I gave him and how much I feel for her. So it was always the plan to talk to him ... it was definitely something that I wanted to speak on and talk to him about first. It was a special moment for me and him, he knows who I am, he knows my character and he definitely knows that I'm a very good fit for his daughter as well. I love her. It was a great moment for me.

Hypothetical question for each of you. Had they not given you their blessing, what would that mean?

Egypt: I'm just so grateful that they see him for who he really is and realize you're a great dude, great guy and make our daughter happy, which he really does. I'm just grateful it was a 'Yes' and we get to start our journey together.

Were either of you surprised or were you expecting the blessing?

Sam: I was definitely expecting a little bit of tension, because it's their baby. Overall, I know that I had definitely proven myself and showed them I'm worthy of taking on that responsibility. They didn't really have a choice but to say yes, given the fact I was willing to prove myself at all times.

And now for the people who were meddling in this, where do you guys stand with them now?

Egypt: When it comes to family, like my cousin Tee Tee, I understand. I believe she's being too overprotective at a certain point, but I still get it when it's family. The thing is, when it comes to family, I'd rather her not be in it as much because it puts an awkward situation between the person I love and my family. I want us all to be together, I want us all to have a great time together.

But people like Briana, she's not in the family. It can be easier hearing from someone who're not in the family because I'm like, 'OK, that's just another person's opinion.' But you'll see in the next episode how far she really goes. And it's to the point where I really can't see her as a sister anymore. I can't see her as someone I would call someone who claims they love me, because to me, certain things you do do not say to those you love.

How are the invitations coming along? Because of all the drama, are there people who won't get one?

Egypt: When it comes to family, I'm going to give family a chance, I want my family to be there. You can try to get rid of me as your family and I'm like, 'OK, nice try, good luck with that. I'm still here, we're still family and we're still going to be around each other, no matter how much you feel uncomfortable or whatever it is you feel.' But when it comes to people that aren't ...I don't want people there that if the reverend says, 'Who objects?' and you got hands up, no way will you be there if I feel like you're that type of person. Which you're gonna see in this season, it can get to that point and that's when I'm like, okay, now we have a problem. 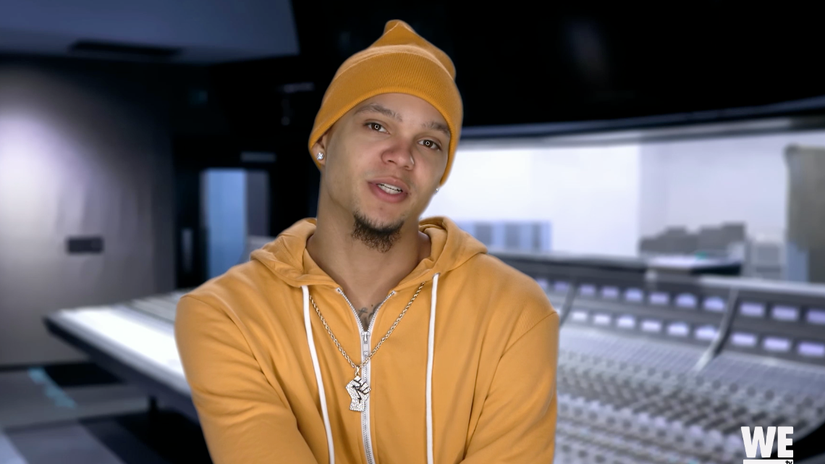 What was going through your head when the proposal was happening?

Egypt: I was shocked. I thought we were just doing the show, because he got a 30 minute set at the Whiskey a Go-Go. He said I want you to perform with me. So we were just practicing every day with our band and I thought it was going to be that. But when it happened, I was like, 'This is really happening?' And for anyone that knows me, I've always said I've always loved being in the spotlight. I've always wanted a proposal where I would have been in front of an audience. So to me, that was perfect.

And what about you? Were you worried, Sam?

Sam: I was a little bit worried, even being on stage, I'm already in a certain mindset and zone that's just, 'I'm out here to do what I do best,' so you have that type of pressure and have a sold out show at the Whiskey a Go-Go, there was just a lot going on and all I could say was, I hope she says yes after all that I've been through!

As the rest of the season plays out, is there anything else we should be keeping our eye out for?

Sam: Definitely, the engagement party and everything that comes with that has a whole lot of secrets revealed about me, past, present and future. And there's a lot of things that people may expect or didn't expect that are definitely going to target a certain community and people are going to either love/hate it.

"Growing Up Hip Hop" airs Thursdays on WE tv.