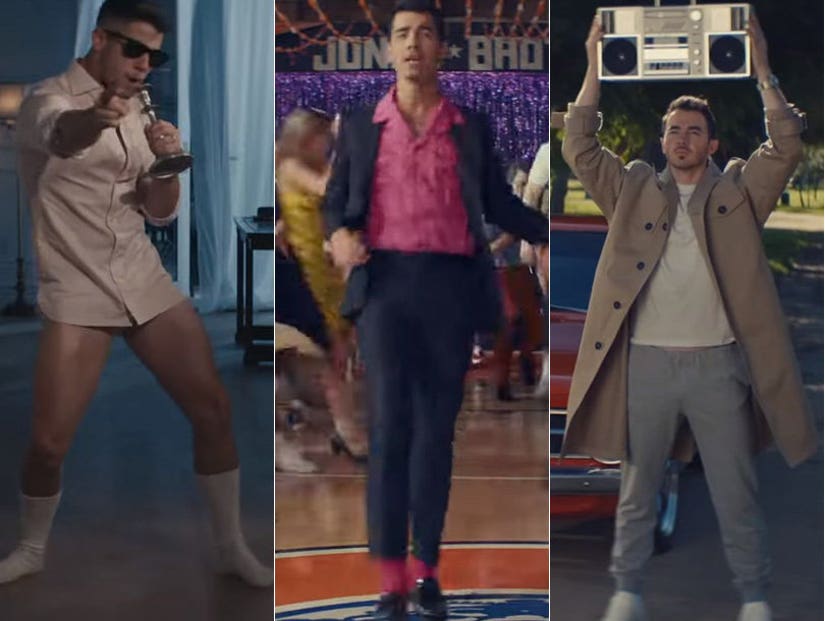 Sophie Turner, Priyanka Chopra and Danielle Jonas steal every scene as the JoBros pay homage to "Risky Business," "Grease" and "Say Anything."

Channeling some of the most iconic films of all time, each of the brothers went solo with their spouse to recreate that cinema magic, only to be upstaged by their wives at every turn. And somehow, though it was only appropriate in one instance, each of the boys wound up in their tighty-whities.

It was totally appropriate -- and actually essential -- for Nick, who kicked off the celebration with his take on Tom Cruise's iconic underwear slide from "Risky Business." It's one of the most famous moments in cinema, and Nick was clearly having a blast.

What Tom didn't have was an audience, and Priyanka proved the perfect candidate to laugh at just how silly this whole thing looked. Then, she took it another step by proving that women will always look better in just their undies and a business shirt. Just always!

Sophie got to play double duty when she and Joe took on the classic "Grease" dance competition. She started the whole thing as Olivia Newton-John's Sandy before she booted herself from the dance floor as Charlene DiGregorio's Cha-Cha (though we saw a lot more of Uma Thurman from "Pulp Fiction" in her stunning look).

As for Kevin, he spent the video trying to get Danielle's attention via the "Say Anything" boom box serenade. FYI, that doesn't work at all if your tape gets all caught up in the gears.

Don't ask us how they justified getting Joe down to just his briefs on the dance floor for a "Grease" homage, or why Kevin was stripped to his recreating John Cusack's most iconic moment, but there certainly weren't any complaints from their fans as the video went live and fans devoured every inch of exposed flesh. 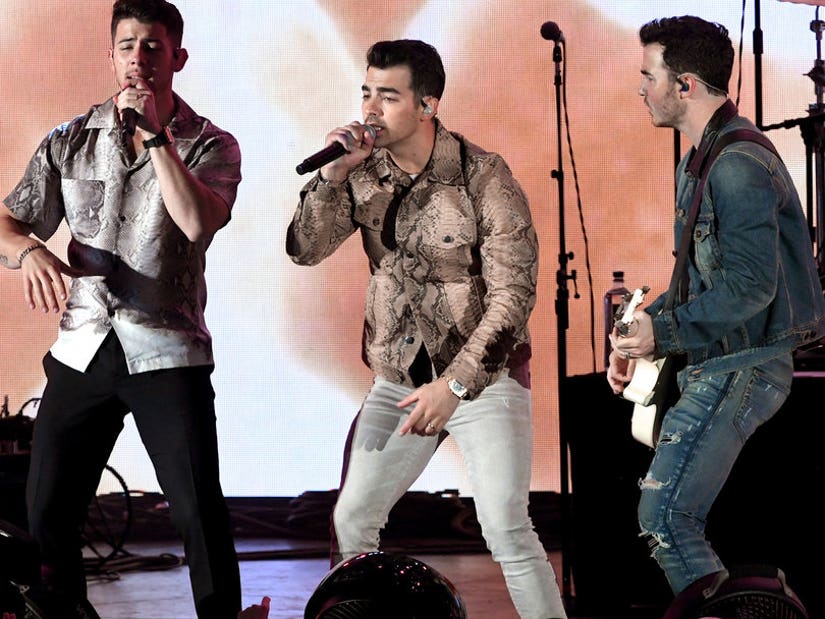