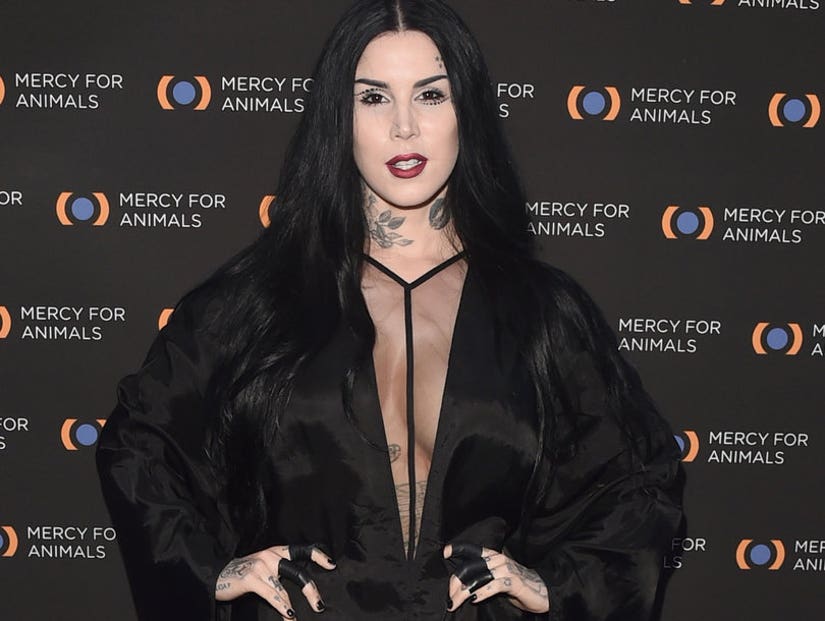 Kat Von D is kicking off 2020 by stepping away from one business venture while announcing a few exciting new ones.

On Thursday morning, the tattoo artist-turned-entrepreneur confirmed she's stepping away from Kat Von D Beauty to focus on other opportunities. "It has become clear to me that I just can't do everything at the maximum capacity," she shared on Instagram. "It's hard to admit this, since I've always said 'You can do everything and anything.' But I don't think admitting one's limits is a bad thing."

She explained that she sold her shares of the brand to Kendo, the company she partnered with to create Kat Von D beauty in the first place. "This was not an easy decision, but after careful consideration, I decided I wanted the makeup line to continue to thrive and grow, and I believe Kendo is primed to do just that," she added.

The name of the brand will eventually be renamed KvD Vegan Beauty.

After making that announcement, a press release detailing how Von D is expanding her "empire," went out -- announcing the successful launch of her shoe line, a debut album and international tour.

The album, which she wrote with Linda Perry, will feature collaborations with Dave Grohl, Ladyhawke, Peter Murphy of Bauhaus, Danny Lohner of Nine Inch Nails and a Spanish duet with the one and only Charo. It'll drop later this year, with tour info to be shared "in the coming months."