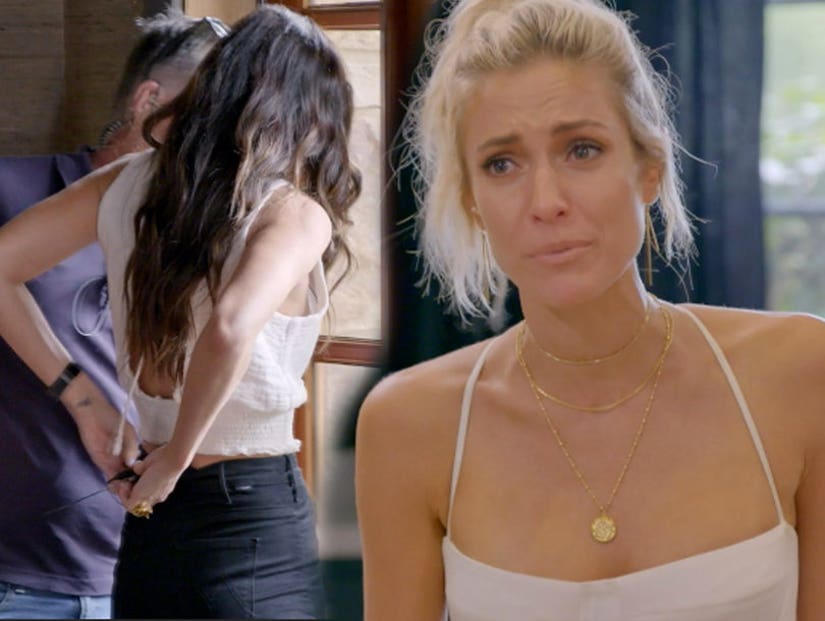 "It's such a slap in my face and the fact that she couldn't understand that blows my mind," says Kristin.

Kristin Cavallari and onetime bestie Kelly Henderson's friendship continued to fall apart on Thursday night's new episode of "Very Cavallari," with Kelly making her first appearance of the season to attempt to share her side of the story.

The beef began when some of the show's fans started speculating Kristin's husband, Jay Cutler, and her glam squad member were having an affair. Cavallari herself never believed any of the talk, but was not thrilled with how Henderson reacted to the gossip.

While they never spoke face-to-face, the two women both hashed it out via mutual friend and colorist Justin Anderson in the latest episode. First up was Kelly, who ghosted Justin mid-conversation. 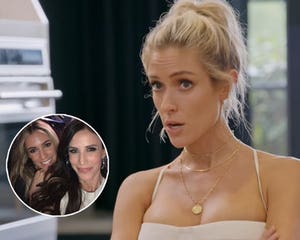 As she sat down, a lower-third came up identifying Kelly as "Kristin's Ex BFF." Justin, meanwhile, said he hoped to talk to her to "get to the bottom" of everything.

"Driving over here I was so emotional. I'm like already crying," Kelly began, getting emotional from the jump. "First of all, I was super blindsided. I had no idea she was even mad at me. I was personally living my life and trying to clear some things out on my own of just myself, this has nothing to do with her, I don't think even I knew what was going on."

Kelly said she was getting "Excited" to start filming the show again and reached out to Kristin about their schedules. "I got a f--king text that I did not interpret to be very nice," she claimed. "I think she thinks I'm texting just because of the show. If I only care about the show, I'd be up her ass trying to be on the show."

Henderson claimed their relationship has always been one with a little distance, hoping to clarify she wasn't only being Kristin's friend to get on TV. At this point, Justin then brought up the "rumors" about Kelly and Jay.

"I'm not talking about that stupid shit. That to me, I'm like, you know that's not true," she said. "That's the most f--ing stupid thing ever. I feel like it's all coming down on me. I have my own shit going on. She hurt my feelings too."

Kelly then said she needed to "take a time out" and was seen speaking to a producer while crying. "I can't f--king win," she said, before reaching for her mic pack. She then left, without saying goodbye to Justin. Talking to his own boyfriend later, Justin said she "stormed off" and added, "it didn't go well." 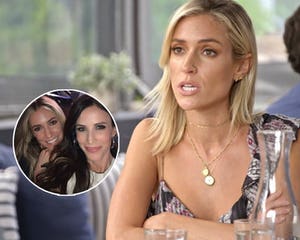 Justin later met with Kristin and relayed some of the highlights from his conversation with Kelly, first asking if Cavallari had heard from her former BFF at all.

"The whole time her whole thing has been, 'I don't care about the show, I only care about your friendship,'" Cavallari continued. "She drank the Kool-Aid, big time. I thought Kelly was the last person on the planet that this would ever happen with."

In a confessional, Kristin talked about being burned in the past and having those same feelings now. "I have trust issues, I do," she confessed. "I've had people in the past take advantage of me for their own personal gain. When I started to feel like Kelly was really using me, it triggered something within me."

When Anderson said Henderson told him she was "hurt" by the situation, Cavallari didn't understand why. "What is she hurt about?" she asked. "I asked her, 'Have I done anything to hurt you, to make you upset, to make you not want to be friends with me?' and she was like, 'No you haven't done anything.'"

"Why didn't she tell me she was hurt throughout this entire thing?" she wondered. "I don't know what she's hurt about or upset about, honestly." 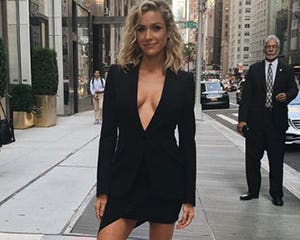 Kristin also claimed Henderson has "never once" said she was sorry for how the situation escalated and was instead "very defensive about it" when Cavallari tried to bring it up. Justin said Kelly "rolled her eyes" about it all when they spoke and said "This is so dumb" -- but he was Team Kristin, saying, "you didn't take care of your best friend."

"Honestly, it wasn't even about the rumors, it's that she went on social media and kept talking about him in such a way that was fueling the fire," Kristin continued, laying out her biggest issue with Kelly. "Everybody in my life was asking me about it, everybody. I'm the one who has to deal with it Kelly, not you! All she f--king cared about was if people thought of her that way."

"If I was accused of having an affair with my best friend's husband, I literally would be like, 'Oh my god I can't believe this is happening, I'm sorry,'" she said, starting to choke back tears of her own. "It's such a slap in my face and the fact that she couldn't understand that blows my mind. How can you not take a step back and understand where I'm coming from. If she can never understand my perspective, I can't move past that."

In another confessional, Cavallari said it would "really kill" her to not have Kelly in her life in the future, but at the same time, "I'd rather have people in my life I can really count on." She was then asked by a producer if she thinks they can ever get to a place where they'll be friends again.

"I really hope to be able to, I miss her, I know that, I'll always love her no matter what," she replied, "but I think I see her in a new light now and I don't know that I can ever get back in a really good place with her."

The fallout will continue to unfold next week as they both meet with a mediator, separately. "Very Cavallari" airs Thursdays on E! 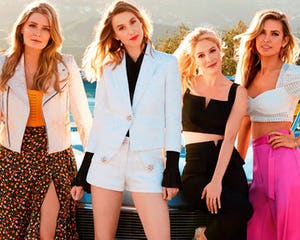