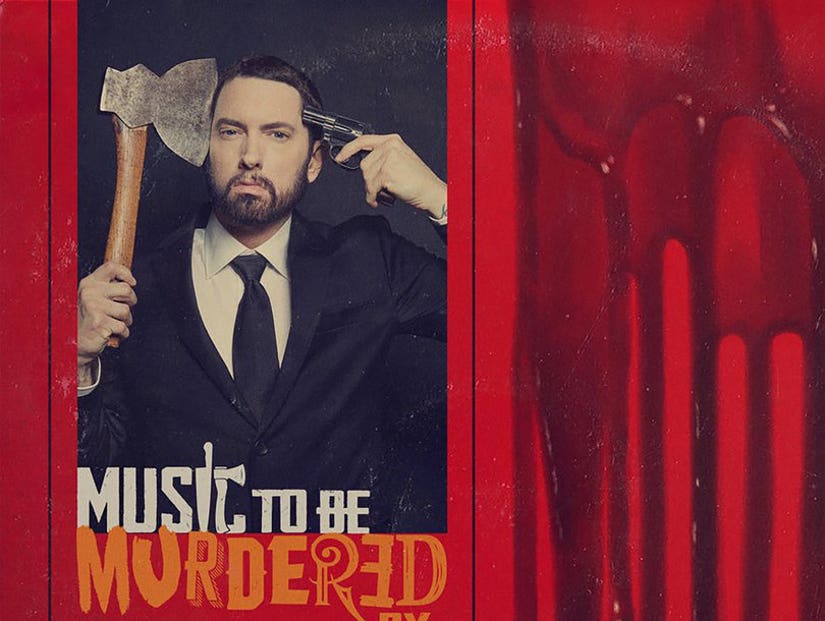 Inspired by Alfred Hitchcock, "Music to Be Murdered By" doesn't shy away from real-life tragedies like the Ariana Grande and Las Vegas concert mass shootings.

Eminem is going full horror on a surprise album drop that left his fans stunned and got him trending on social media. Alongside the full album, the artist also known as Marshall Mathers and Slim Shady released a video for the lead single, "Darkness." 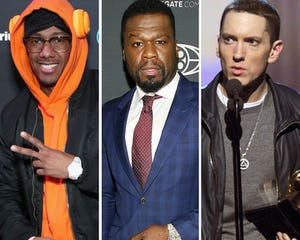 That said, Em does sample some of Hitchcock's spoken-word lines from the 1958 release, so perhaps there are two surprises here. One, that this album exists at all, and two, that Eminem was so inspired by this Alfred Hitchcock album most people did not know exists to create an homage to it.

On the album, Em traffics in some real-world darkness, with references to the Ariana Grande concert bombing and the Las Vegas shootings. He even goes so far as to include real audio from that tragedy in his "Darkness" video.

As for the track itself, it's a clever misdirect toward a strong political statement. What starts as yet another melancholy look at Eminmem's mid-life career slowly transforms into a first-person fictional exploration inside the mind of the man behind that Las Vegas shooting with graphic words and imagery to match.

By the close of the video, Eminem is seen watching a wall of televisions shaped like the United States as various news reports play covering a cornucopia of the recent mass shootings that have plagued the nation before ending in a plea for people to not only register to vote, but stand up and care enough to do something about gun reform. 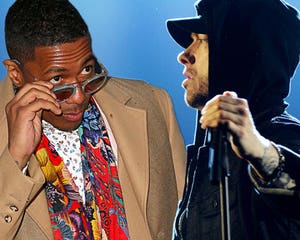 The wordplay combining his mental preparations for a concert to those that might plague a mass shooter were both startling and subtle enough that Em lulls viewers into a false sense of security before pulling the rug out, the pin out and letting loose with a volley of explosive shots.

And that's just one track of the 20-track album (though some of those are his signature intros and spoken word bits). The complete album includes contributions from Ed Sheeran, Royce da 5'9", Juice WRLD, Black Thought, Anderson.Paak, Skylar Grey and many more.

Check out some early reactions by Eminem's shocked fans as they discovered his "Music to Be Murdered By," streaming now, and the "Darkness" he brought with it: 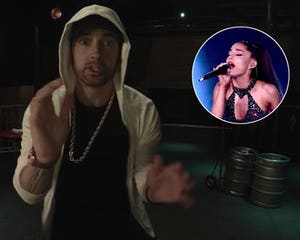 The media will say what they want as usual, but it takes courage to take a position in a song, with many meanings and layers, against the mass shootings that happen too often in the US.
We love very much when #Eminem talks about political and news with intelligence and depth. pic.twitter.com/X4oUjzMVQ2

My family trying to bring me back to life after I got the news the Eminem dropped another album 😬 pic.twitter.com/8lJLHWfoGN

To everyone talking about Eminem's verse on his latest album referring to the Manchester attack #Eminem pic.twitter.com/GmAF7ioFhq

Eminem dropping that surprise album out of nowhere #MusicToBeMurderedBy pic.twitter.com/NcNCb9lmYn

Nick cannon :How can MGK still get mentioned on Eminem's album, and I didn't even get a line?#MusicToBeMurderedBy pic.twitter.com/8dVCOmrvXo

This generation is not equipped to handle Slim Shady ...and thats why we love him #MusicToBeMurderedBy #Eminem pic.twitter.com/rgnMcCya4R

#Eminem:
"For some adversaries, I carry big guns
So some targets'll get the kill shot
Some, I just barely nicked 'em"

Logic & others : “I think I'm almost as fast as Eminem”
Eminem: “Hold my beer” pic.twitter.com/nu39eulRLp

Me trying to keep up with Eminem's Godzilla Eminem pic.twitter.com/DHFnaY9Yqi

Eminem just take us back again to 2000s. he really has everyone triggered af with this new album lmfao. stream #MusicToBeMurderedBy we're coming for that 1 pic.twitter.com/e8sGFLp4mj

I actually love this Eminem album it's dark and twisted reminds me how he used to be at the start some of these songs . Dark and twisted Eminem is the best lmao #Eminem

Imma be on this mood for the next 12 months!
#eminem pic.twitter.com/jgNmtcdCdJ

#MusicToBeMurderedBy Eminem drops an album and I'm late cause I was sleeping pic.twitter.com/vSx5sapOa9 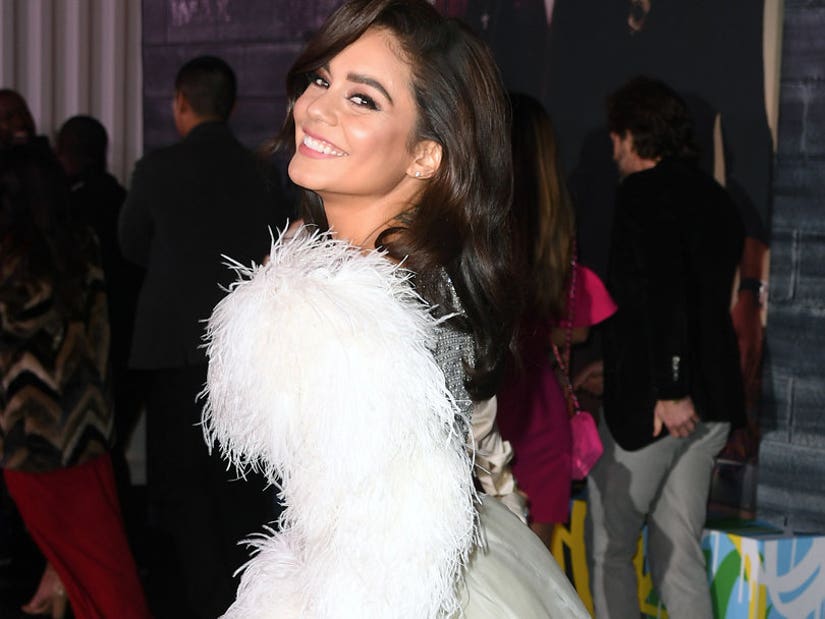