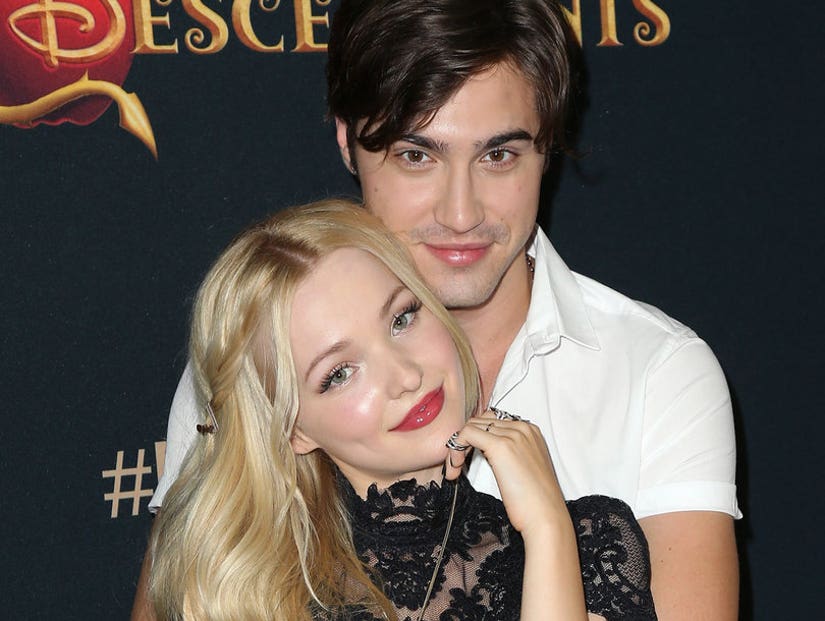 McCartan made the allegation during an "Ask Me Anything" session.

The musician and Cameron's former "Liv and Maddie" costar decided to do an "Ask Me Anything" session on his Instagram Story Thursday, telling fans "juicier the better" when it came to their questions. While it was an apparently innocent Q, he didn't seem to hesitate throwing his ex under the bus.

"Within two weeks, my fiancée cheated on and left me, I almost died from food poisoning, and Donald Trump was elected president," he began. "I truly didn't think I would be able to make it through that part of my life. I'm proudest of the light that came from the darkness, and my ability to survive and turn the anger and sadness I had into positive life changes and a new way forward."

While he didn't mention Dove by name, McCartan confirmed their split in October 5, 2016 -- a month ahead of the 2016 election. At the time, he revealed the news by simply saying, "Dove has decided this relationship isn't what she wants. We still love each other very much. Please be sensitive, as this is painful."

She sent out a tweet too that same day reading, "Thank you for your support & full hearts in this very intense & human time. There's a lot love between Ryan & I. Life is beautiful & long."

Cameron has yet to directly respond to his claim and TooFab has reached out to her rep for comment. She did, however, seem to take a swipe at her ex by re-tweeting a meme reading "When a toxic person can no longer control you, they will try to control how others see you. The misinformation will feel unfair, but stay above it, trusting that other people will eventually see the truth, just like you did."

She also took to Instagram to share a new photo with her current boyfriend, Thomas Doherty, calling him an "earth angel" for how he helped celebrate her birthday earlier this week.

"Only photo evidence of an UNbelievable birthday of adventure & surprises orchestrated by this earth angel," she captioned the sweet snap. "17 hours of cake, crepes, balloons, flowers, water sports on a private boat/lake, arcades, pizza, ice cream, a whole laser tag course to ourselves (surprising me with loads of my friends/family, some of which i hadn't seen in a year or more, all there to laser tag cause i f--king love it."

"Finishing the day at my favorite little (secret) late night cafe for apple cider & pool. drove me all over LA, keeping me in the dark until the very last min, organized to the very last detail," she continued. "I mean, whatta guy. what i ever did to deserve this kinda love, i'll spend my whole life wondering."

Cameron opened up about her relationship with Ryan in an interview with Seventeen in 2019.

"It was my first ever real relationship, and it was on-screen and off-screen," she told the publication. "A lot of what I went through in that first relationship, the very low-lows, I did not make public. I was under the impression that I had to make everything look perfect all the time and my partner definitely put that in my ear. People thought I was sharing loads, but I hardly shared anything."

Of her new beau, she added, "My relationship with Thomas has been different than anything I've ever experienced with another human right from the very start. I know this is cheesy, but honestly, right from the moment we met, it felt like the earth moved, for both of us."