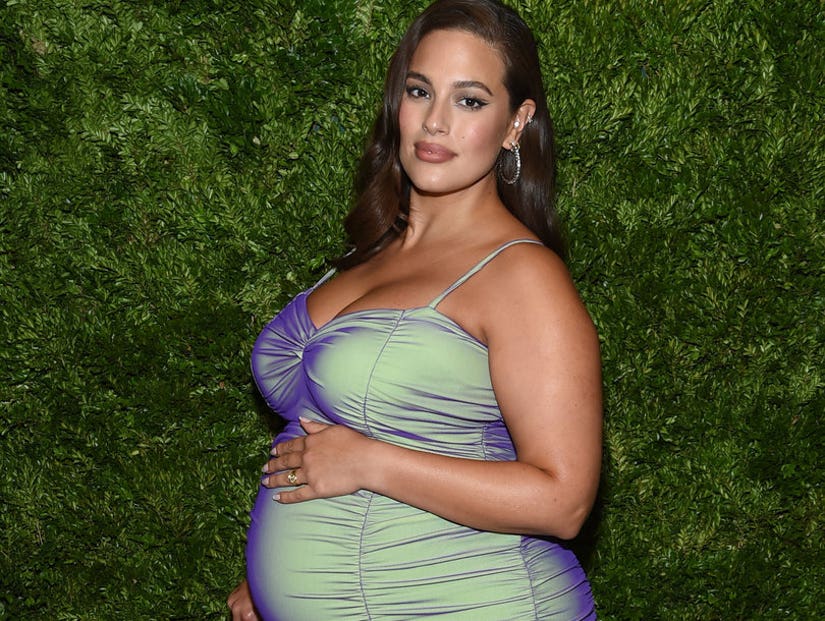 Ashley Graham is a mama!

The supermodel and her husband of nine years, Justin Ervin, welcomed their first child together -- a baby boy -- over the weekend. Graham announced the news on her Instagram Story on Monday.

"At 6:00pm on Saturday our lives changed for the better," she wrote in a note. "thank you for all your love and support during this incredible time," she added, along with the child's birthday. Ervin re-posted her Story to his account.

Leading up to the baby's arrival, Graham was getting mothering advice from some of her famous friends. In Vogue's January 2020 cover story, the 32-year-old supermodel opened up about the advice she's received from people like Kim Kardashian, Serena Williams and Amy Schumer.

"Kim immediately started telling me, 'Ashley, the pregnancy may be the hardest part, but the birth is the easiest,'" Graham recalled of the words Kardashian told her at Serena's New York Fashion Week show in mid-September. "I'm just taking in advice from everyone and not putting too much pressure on myself."

After the show, Graham made her way backstage. "Serena was like, 'Call me; we should talk.'"

Williams told Vogue she texts Graham with "anything that rolls off my mind. I was one of those people who wanted to know every ugly detail of what happens ... down there ... what happens everywhere. Like, why are my nipples so big a week into being pregnant? This makes no sense; the baby doesn't need to eat yet. I wanted to know every single thing, and I still love talking about it. Because I feel like it's important to kind of change the narrative and be like, it's normal to feel scared, and not be one of those women who are like, 'Oh, it's so great!' Just be scared out of your mind. That's normal."

Graham announced she and Ervin were expecting back in August, before revealing they were having a boy while on Ellen back in November.