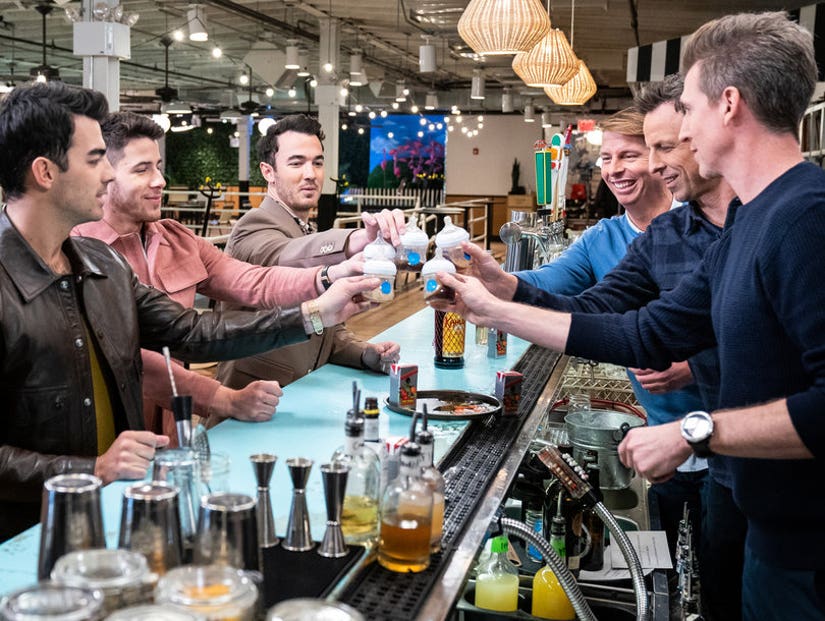 From drinking cocktails from baby bottles to attempting to play shuffleboard while drunk, the booze-filled day seemed like quite the brother bonding experience.

Seth Meyers took the Jonas Brothers day drinking -- and it might be the best thing you'll see all week.

In a hilarious "Late Night with Seth Meyers" video, Nick, Joe and Kevin Jonas, along with Jack McBrayer and Seth's brother, Josh, enjoyed an eventful afternoon filled with several rounds of drinks and brother-themed games. And it all ended with both groups of brothers attempting to write pop song while extremely drunk. 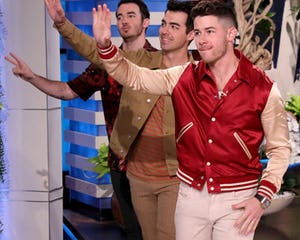 After cleansing their palettes with some beer, Seth stepped behind the bar to mix up some creative cocktails all themed after each of the brothers. These included an interesting drink called, "The First Born," which was made up of 30-year-old scotch, some O'Douls and Alka Seltzer, and a Kahlúa-based cocktail served in a baby bottle for the "babies" of the family.

For the middle-child drink, Seth said they were going to put "no thought" into at all and created a cocktail filled with a mix of mystery alcohol and chasers. "Confusing, I would describe it as confusing," Nick joked.

Seth then announced that it was time for the drinking games and started off by testing the JoBros' knowledge of famous brothers. If they got it wrong, they had to take a shot of tequila. If they got it right, Seth, Josh and Jack had to drink. For your daily dose of product placement, Nick's tequila label "Villa One" was the hard liquor on the table and mostly everyone made sure to mention the brand's slogan: "Life as it should be" as they took their shots.

Unsurprisingly, everyone became more (and more) inebriated as the day went on, making for quite an entertaining video. The group went on to participate in a fun game titled "Hair," where they had to attempt to match hairstyles to the faces of the men who once had them, and a few booze-filled rounds of shuffleboard.

It seemed that Seth saved the best game for last. The Jonas Brothers, Seth and Jack McBrayer were tasked with writing a song in only five minutes. As one could expect, the creative process was a little bit of a mess in the best way, but they all managed to perform their new tunes onstage.

We'll admit, Seth, Josh and Jack's song was a little impressive, however, they couldn't stand up to the boy band, who drunkenly performed a catchy song about a sex position, which included some very X-rated lyrics.

Watch the entire clip, above! 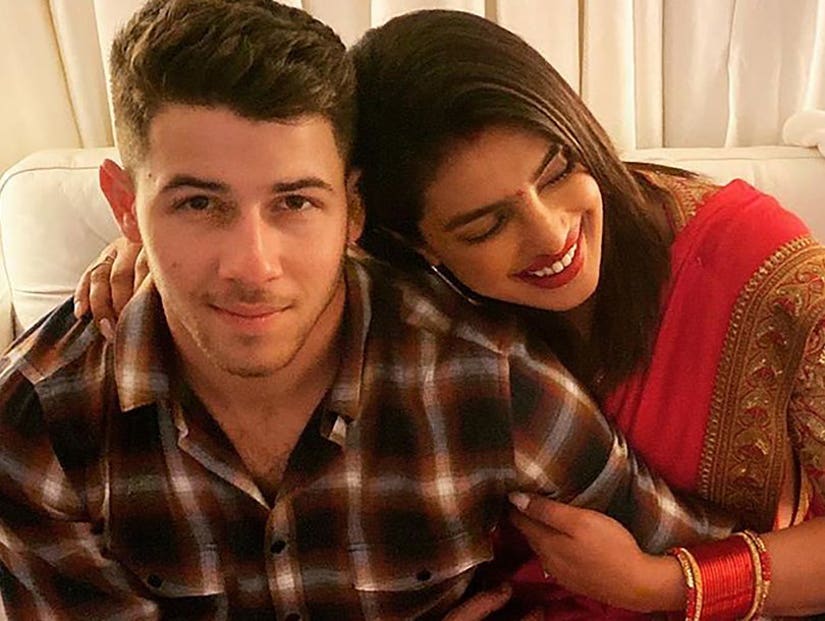