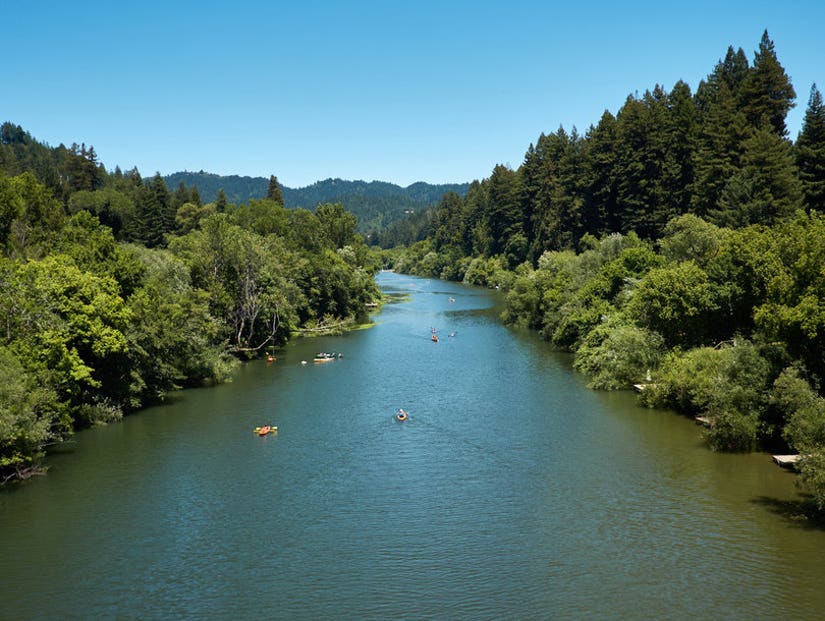 The Cabernet Sauvignon -- enough to fill more than 500,000 bottles -- was accidentally released into California's Russian River.

Thousands of gallons of red wine spilled from a tank in a vineyard in Sonoma County on Wednesday, eventually leaking into the nearby Russian River.

The Cabernet Sauvignon -- enough to fill more than 500,000 bottles -- poured from a large blending vessel at Rodney Strong Vineyards after a two-foot oval door popped open, emptying the wine into a sanitary sewer system and creek on the property, according to a report from the Governor's Office of Emergency Services.

"We're investigating what appears to be a mechanical failure, we're not entirely sure of that at this point, but we're deeply, deeply concerned about this leak and protecting our waterways here in Sonoma County," said Rodney Strong spokesman Chris O'Gorman.

The Sonoma County Sheriff's Office helicopter crew determined much of the wine had rushed through the property's creek -- which was covered in frothy red foam -- to the Russian River, lining the banks for miles.

The vineyard's employees used two vacuum trucks to clean up the spill, and attempted to build a temporary dam in the creek to stop the spillage, according to Press Democrat.

OES officials said 20% of the 97,112 gallons were contained, while the winery estimated more than half of the wine was recovered.

"We feel like not that much wine got into the waterway. We are investigating the other tanks. We've moved wine out of that area to prevent any future leaks as well," O'Gorman said. "We were able to control the leak and shut the tank and save some of that wine. A lot of it was captured in the building without it leaking outside."

After initially draining into an inlet on the floor of the vineyard's production building, the Cabernet Sauvignon ran through a massive series of underground pipes that fed into four ponds. Once the ponds overflowed, the creek filled and emptied out in the Russian River, a 110-mile tributary flowing into the Pacific Ocean.

"I'd say this is a case of dodging the bullet," said Don McEnhill, the executive director of Russian River Keeper, a non-profit organization.

"We're lucky in that it's winter, the river is high, there's a fair amount of dilution. We haven't had any reports of fish kills, certainly the biochemical oxygen demand and the acidity of the wine is going to kill some smaller insect type things that are fish food. This could have been a lot worse."

The winery's financial loss was not released as of Friday, but at around $27 a bottle, the cost could spill into the millions.

Watch the aerial footage of the wine leak in the videos above.