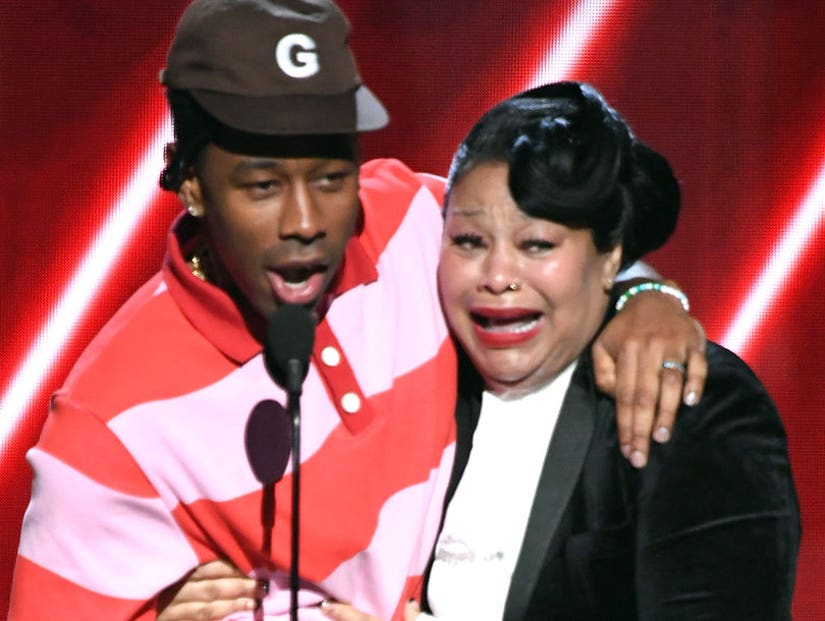 The 28-year-old took home the trophy for Best Rap Album.

The Grammys were all about parental love for the 62nd annual gala at the Staples Center in Los Angeles on Sunday.

After Camila Cabello serenaded her father with "First Man" and Ariana Grande changed the lyrics to "thank u, next" to give a shout out to her dad with whom she recently reconciled, Tyler, the Creator brought his mom onstage to help him accept the award for Best Rap Album.

The 28-year-old looked surprised as he accepted the gong from Issa Rae and threw his arms around his mother who was overcome with emotion for her son's first Grammy win. After breaking free momentarily, he told the audience, "That's my mom, if ya'll wondering."

Dressed to the nines in a black suit with white ruffled shirt, Tyler, the Creator's mom wouldn't stop crying and wouldn't let him go, as he gave her a kiss and said, "Alright, I gotta say my speech, dawg," and gently moved her to the side before giving her one last hug.

Tyler, the Creator is joined by his mom on the #GRAMMYs stage after 'Igor' takes home Best Rap Album pic.twitter.com/gzaOW7HkXP

The rapper then went on to thank his managers and all the people who had stood behind him.

Meanwhile, Camila had brought her own father, Alejandro Cabello, to tears as the lyrics in her song included "the first man that really loved me."

She dedicated her performance to "all the daughters and fathers out there," which held extra significance as the event happened hours after NBA great Kobe Bryant died in a helicopter crash with his 13-year-old daughter Gianna.

And Ariana changed her lyric from "I'll be thanking my dad/'Cause she grew from the drama," to "Because he's really awesome."

The pop star and her father, Edward Butera, were formerly estranged but have been repairing their relationship in recent years. 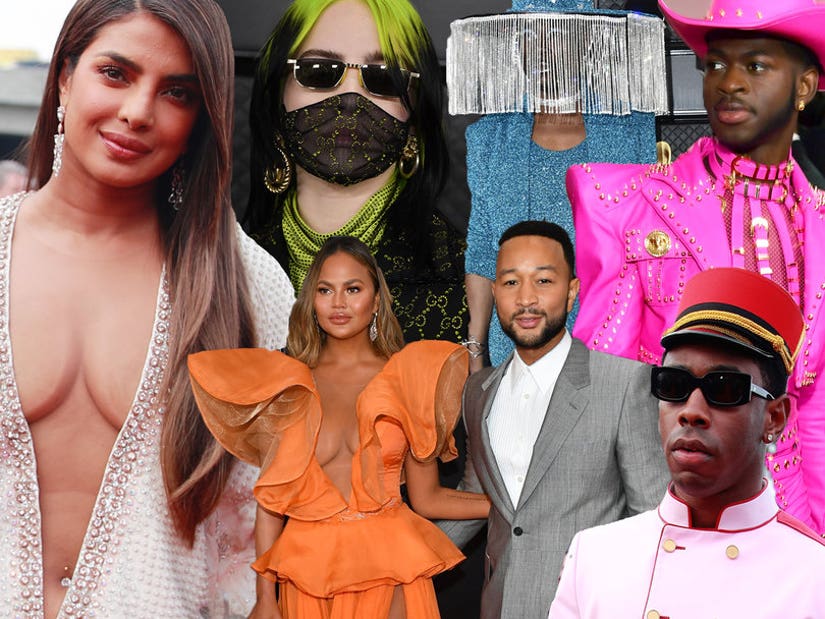