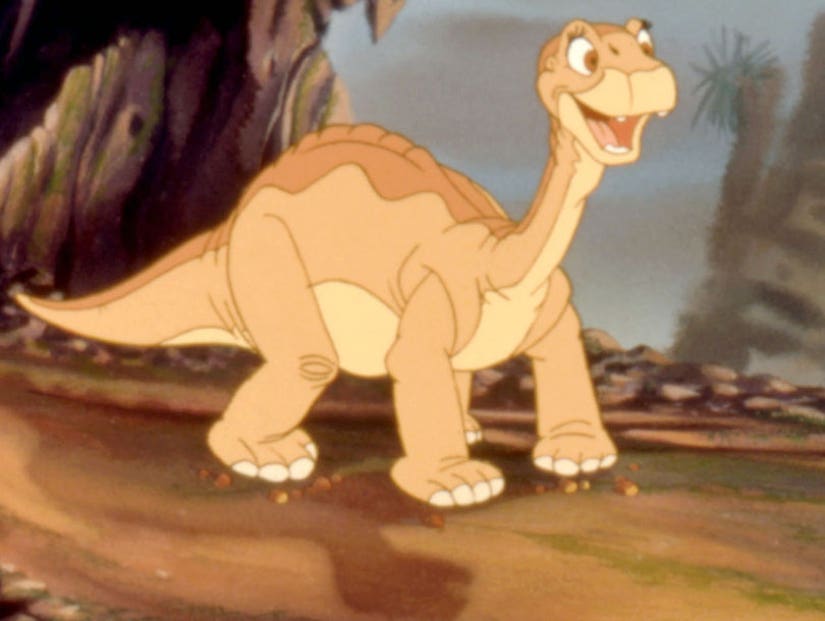 The video has garnered over half a million views online, with Spotify asking for an official release date.

"Dinosaurs in Love" is the song we all need before a new Adele album drops.

The hauntingly beautiful ballad was written by 3-year-old Fenn Rosenthal, daughter of English songwriter Tom Rosenthal, who accompanied her dulcet tones on piano, and shared their collaboration on social media with the caption: "Fenn, my nearly 4 year old daughter, recorded her first ever solo song today. She came up with all the words herself and I helped her a little bit with the tune."

Clocking in at just under 60 seconds, the viral hit takes its listeners on an emotional roller coaster as the prehistoric animals fall in love, eat cucumbers, have a party and then -- in a heartbreaking plot twist -- are wiped out by the big bang before they have a chance to say good bye to each other.

Fenn, my nearly 4 year old daughter, recorded her first ever solo song today. She came up with all the words herself and I helped her a little bit with the tune. It's called 'Dinosaurs in Love'. 🦕❤️🦕 pic.twitter.com/erCgG0sUvP

Dinosaurs having a party/they eat fruit and cucumber

They fell in love/ They say 'thank you'

A Big Bang came/and they died

but they didn't say goodbye

The video of Fenn's song has garnered over half a million views online, with Spotify even asking for an official release date. The success, however, has not gone to Fenn's head.

"She can just about count to 20 so she doesn't really get it if I say that half a million people have listened to the song," Rosenthal quipped to CNN.

The song came together on a whim, as Fenn just wandered into their home studio and asked to do a song, Rosenthal told Buzzfeed.

"She's by the microphone, she's got the headphones on, she starts singing and she does as much as she can," he said, noting, "Sometimes we have little breaks. She gets bored, she wanders off, she comes back in."

"I genuinely couldn't tell you why she wanted to do a song about dinosaurs," Rosenthal added. "She's got no particular affiliation with dinosaurs at all. They're not something she particularly cares about or not, this is just what was in her head at the time."

"Dinosasur Love" is Fenn's first venture into solo territory, according to her father. He said he encourages Fenn and her older sister Bess, six, to compose their own ditties.

The ingenues already have a catalog forming, including the instant classics "Tigers in the Forest," "Zebras in the Zoo" and "Elephants have a Little Nap."

And we are ready for more. Check out the hilarious online reactions to "Dinosaur Love" below:

dinosaurs predate romeo and juliet tho. this is the plot shakespeare ripped off

But they didn't say goodby- pic.twitter.com/YnG0FwlhMT

This is beautiful and heartbreaking. I need to eat some fruit and cucumbers to get over this.

"But they didn't say goodbye" pic.twitter.com/uCxRXodjoA