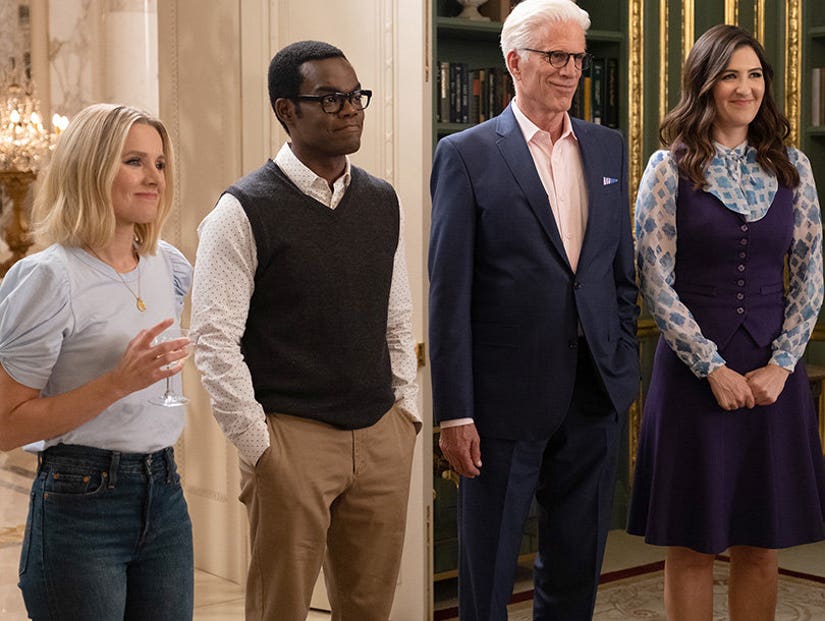 One of TV's most unique shows wraps it up, but not before saying goodbye to Ted Danson, Kristen Bell, D'Arcy Carden, William Jackson Harper, Jameela Jamil and Manny Jacinto.

There has been nothing quite like "The Good Place" in the history of television, so there was a lot riding on this grand finale of one of the most experimental series of all time.

Reinventing itself at a frenetic pace since that first season finale, creator Mike Schur only gave fans 52 episodes total across four seasons to tell one of the most ambitious stories imaginable, covering millennia (or more), multiple lives, multiple afterlives and through it all the bonds of friendship. 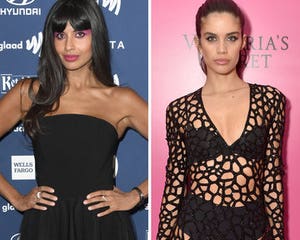 None of it would have worked without its incredible cast and the characters they brought beautifully to life. And that goes beyond the sextet at the heart of the series (Ted Danson, Kristen Bell, D'Arcy Carden, William Jackson Harper, Jameela Jamil and Manny Jacinto). Every supporting character and performer brought their A game.

It's criminal that "The Good Place" hasn't been recognized more by awards shows -- it's as deserving as all those boutique shows streaming and on cable -- and now it's done something so few shows ever managed to do. "The Good Place" had a good ending.

Stretched across a little more than an hour, each of our characters had a full segment to shine as they prepared for whatever lies beyond the final door in the new afterlife they helped develop. One by one, they broke our hearts and filled our souls as they said goodbye to their family and moved on to their next chapter. 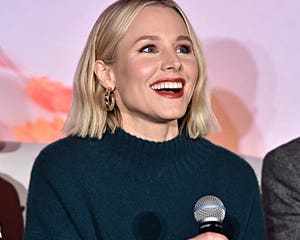 There is no reason that this character should ever have worked. Jason is so inept and dim-witted that he was basically a one-note character, and yet Manny gave him so much heart that you couldn't help but root for him over time. His relationship with Janet was inspired, adding depth to both of their characters.

Of course, Jason's realization that he was ready to move on to oblivion (effectively) came after playing the perfect game of Madden football with his dad cheering him on. Even better, he hung around the gate for a thousand Bearimies (the "Good Place" unit of time) to give Janet a necklace he'd made for her. It was so stupid and so sweet; pretty much Jason summed up in one touching gesture.

Tahani's journey took an unexpected turn, as she decieded ultimately that she didn't want to step through the gate at all. Having spent the afterlife learning how to do all those things she neglected to learn in her life of jealous privilege (i.e. everything), Tahani wanted to keep creating.

Kudos to Mike Schur for grabbing "Parks & Recreation" alum Nick Offerman as her woodworking coach. It was a fun connection to one of Mike's other shows, and it showed in one scene just how committed Tahani has been to bettering herself, inspired by Eleanor. And so, the woman who never did anything with her life goes where no human has gone before, becoming an architect of the afterlife.

If that isn't inspiration that you can come from anywhere and still have the capacity to change and become anything you could imagine, we don't know what is. 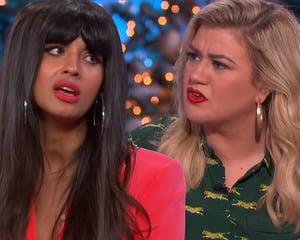 Chidi had reached his nadir probably even before this episode aired. We've seen him be decisive and confident and all those things he let fear keep him from already. He got the hot girl (just ask her), and the perfect afterlife. He only really hung around as long as he did for Eleanor, who was still lost as to her own destiny.

One thing Chidi always did was everything he could for others, and he proved that capacity for love and self-sacrifice when he chose to stay, despite having the feeling he was ready to go, when Eleanor told him leaving would make her sad. It was a moment as pivotal for her as it was for him, because it helped her realize she was being selfish.

And true love is not being selfish. Chidi already knew that, and his final act with Eleanor was to help her know that, too. A teacher to the end. 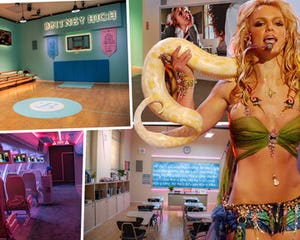 Just as Tehani did something no human had ever done, Michael's ultimate destiny was to go somewhere no demon had ever gone. The Afterlife is about everyone getting to realize all of their dreams, and yet Michael was never able to fully realize his. It's perfect that it was Eleanor who came up with the perfect reward for all of Michael's efforts.

Finally, after all those years trying to figure them out, Michael was given the chance to be human. For real. On Earth. And he relished every awkward moment of it. We love that he named his dog Jason, and could have watched him enjoying his real life for way longer than we got, but ending the series with him channeling Eleanor and getting excited about a rewards card was just perfect.

Almost as perfect as Eleanor's final speech, speculating on what he was doing in life, revealing that he'd finally taken up guitar lessons from none other than Ted Danson's real-life wife, Mary Steenburgen. 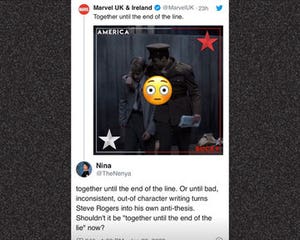 Eleanor spent much of the episode wondering why she never quite felt ready to move on, and that's because she had not yet seen all of her friends either move on or move into the next phase of their existences. From the beginning, Eleanor has been the fixer for the group, so of course she would need to know they were all happy and cared for before she would be ready.

Her final mission was to convince Mindy to come out of her house in the middle of limbo and actually go through the process for humans, get tested and move on to the next phase of her afterlife. That's because she saw in Mindy's malaise a piece of herself; a piece of the old Eleanor. Helping Mindy decide to move on helped Eleanor know that everyone has the capacity for growth, just as she did.

Effectively, it allowed her to step outside of herself and maybe see her own capacity for change and growth for the first time, discover the amazing person she'd grown into thanks to all of the people she'd already helped move on.

Of course, Janet has nowhere to go, but perhaps her most poignant moment came when she explained to Jason that she doesn't experience time in a linear fashion. Instead, she experiences every moment at once. That means that even though Janet had to watch all of her friends move on, she's still with them in a perpetual now, which is a pretty happy place to leave her. 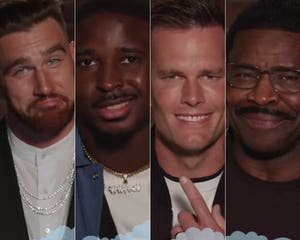 The Good, the Bad and the Others

Shawn seems to have embraced his new role in helping keep the retooled aftermath going, even though he'll never admit it publicly and can't seem to shake his instincts of saying everything with an incredible evil tone.

Vicky is absolutely killing it as a trainer of new actors to populate the afterlife tests. Who knew that she only needed somewhere to channel all that passion and she could shed evil so easily.

Glenn appears to have taken Tahani under his wing, helping teach her the ways of being an Architect in the afterlife. A reluctant demon, like Michael, Glenn has definitely embraced this more humane way of processing souls.

Mindy is finally ready to take the next step, and feels more comfortable doing so knowing that as soon as Tahani is ready, she will be the one designing Mindy's Afterlife test. 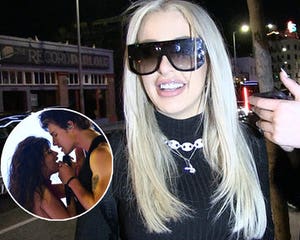 The Doorman really likes his frogs, and while it looked for a minute like he might have finally reached frog overload, Michael's gift of a real one seems to have reignited that fire. Clearly, he's a simple guy with simple pleasures, but he's happy.

The Judge is actually pretty chill about everything and seems to just enjoy spending eternity exploring all the crazy things that humans have come up with. She's moved on from television (and Timothy Olyphant) and discovered podcasts.

Derek has been rebooted 151 million times by Mindy to the point he is now effectively a celestial being, one with the universe. Last we saw him, Mindy had killed him again, so he'll likely come back just a little more advanced. For such an advanced being, though, it's interesting he just hangs out with Mindy at her place, though. Some Derek's never change.

There are many characters seen in this final episode whose final fate is not revealed, including Tahani's family, Eleanor's roommates, Jason's dad and best friend Pillboi, and secondary test subjects John, Simone and Brent. We like to imagine that all of them made their way into their final tests and moved on ... except for Brent. As we saw in a brief glimpse, he's still a misogynistic douche. 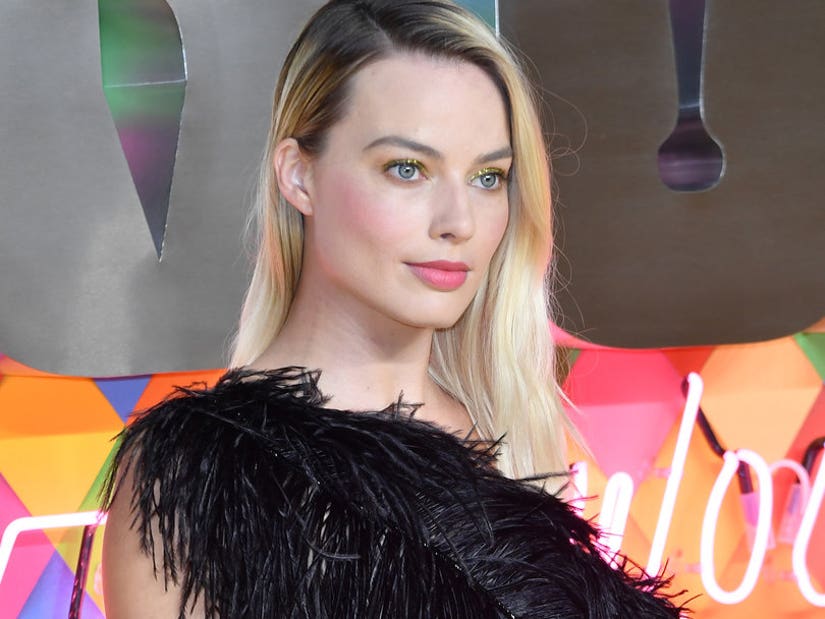 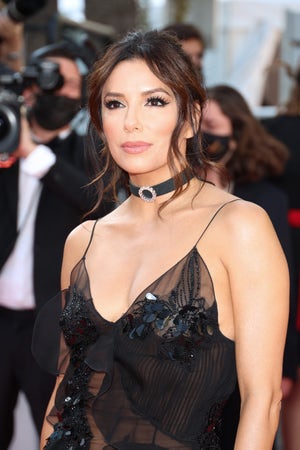