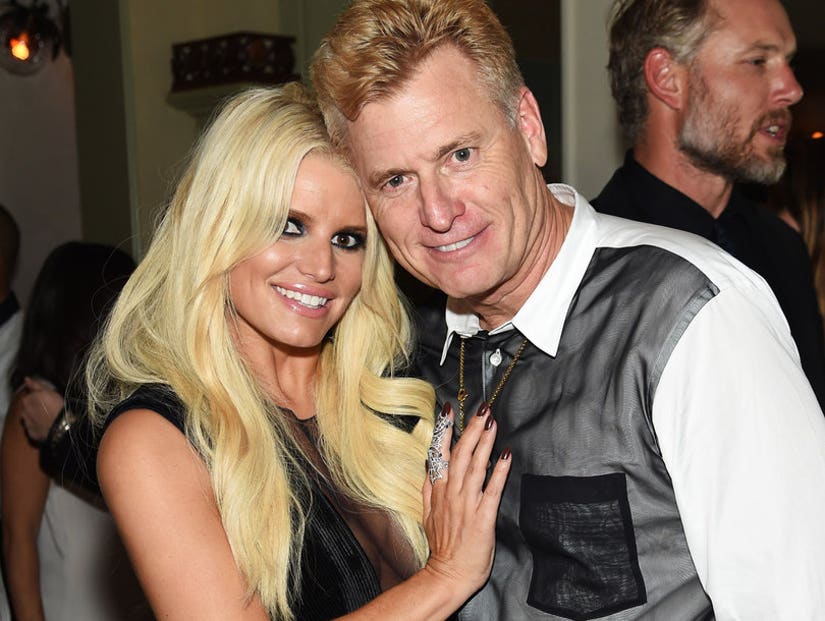 In her new book, Simpson reveals why she fired him as her manager in 2012 ... and why he wasn't a fan of Nick.

Of all the relationships Jessica Simpson dished on in her new book, none were as contentious — or indeed as long — as with her father, Joe.

In "Open Book", released Tuesday, the singer detailed how she feels he damaged her professional career, how she fired him as her manager, and how he informed her three days before her wedding — which he was officiating — that he was bringing a male model.

She also opened up about how her dad did not see eye to eye with her first husband, Nick Lachey. 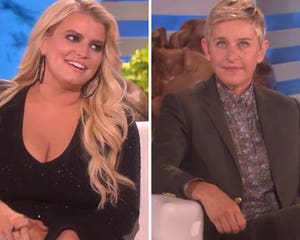 "Nick was the one thing my dad and I fought over. He never said no to the label, as much as he groused about how they were marketing me," she wrote. "But my relationship with Nick, that he could control."

"He was convinced that Nick didn't understand commitment, which I didn't think was fair. 'Marriage is about hanging in there,' he said. I know he accused Nick of making me dependent on him for everything, which is the pot calling up the kettle to have a long talk about being black."

Jessica claimed her father was awful through the whole engagement. "There's just no nice way to put it. He continually told me I was making a mistake and told Nick to his face that I was too young to get married."

"At the rehearsal dinner the night before, my father acted as if the next day was his execution. He moped and kept shaking his head, right in front of Nick's family."

She said that after she told him she was divorcing Nick, he told her: "I wish I had the courage that you have to do that with your mom."

While in hospital during her first pregnancy, Joe told his daughter she gave him "confidence" to file himself -- "my father's timing added a layer of terrible sadness to what had been a joyous time. For a long time, I harbored a lot of resentment about the way he told me the family I knew was over."

"In August, my mother discovered that my father had betrayed their marriage, just as she and I thought things were turning around for them. She had just told me what a nice time they had together on their anniversary, and she thought maybe they had turned a corner. I thought so, too. When she confronted him, my dad began calling me, and I would not pick up." 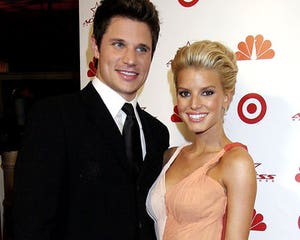 "That's when Eric stepped in. He said something like, 'Each time you deny your own truth, something intense happens. You have to listen to the signs and take care of it yourself. Jess has no extra energy to give to you right now.'"

Jessica claimed her dad moved on quickly; "Maybe he'd planned it so long that he had a running start ahead of my mother," she wrote.

"In many ways, she had lost her best friend. She was twenty when she got married. She was the youngest child, and he gave her the world. She's said that he didn't just give her identity, Joe Simpson was her identity. For a long time, this daddy's girl stopped seeing him."

Her little sister Ashlee's relationship was stronger with him during that time, she claimed.

Then in 2012, Jessica decided she had to fire her father as her manager.

"He thought I was following my mother's wishes, but he had made some bad deals for me," she said. "Just stupid stuff that people promised to him and he believed. Bridges were burned, and I didn't know how many until I tried to cross them. It took about five times to really fire him before the message stuck. The first time I chickened out and did it in an email. I finally just said it to his face."

"Too often I was circling back to people, only to find that Dad had made some move without telling me. People agreed to bad terms, thinking that was what I had demanded when, really, I had no idea. It left a lot of hurt feelings I didn't know existed, and I knew I had to make the move to go forward with ownership of my own career."

Nevertheless, she asked her father to officiate her wedding to Eric in 2014. 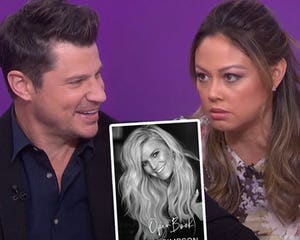 "My mother and Ashlee were both my maids of honor. My parents had trouble being in the same room, and now I was going to make them stand next to each other up there with Ashlee just so I could look at them," she said.

"My father called me three days before we left for the wedding to tell me he was bringing his friend Jonathan, a young model he often shot for his new photography business. 'He wasn't on the list,' I said. There was a pause. I reminded myself that I needed to accept my father for who he was as he worked it out in real-time. 'Okay,' I said. I wasn't sure how to handle my father now, so I worked with the information he was ready to give me. Maybe I wasn't ready to listen, I don't know. My mother was bringing someone, too, her own Jon, the landscaper who'd made my Hansel and Gretel cottage so beautiful. He was kind and treated her well. People move on, even if I couldn't."

After Joe was diagnosed with prostate cancer in 2016, his recovery "forced a needed reconnection" between the two, as Jessica remained by his side throughout.

"I was most scared to show my father [this book]," she wrote. "Just as I was scared to play him music on that Halloween that changed my life. He wrote me yesterday. 'I wish I could have held you more in so many of those dark hours,' he said. 'Please forgive me for being a better manager than a father.' I told him he was the best father I could ever have had. 'I wouldn't change any moment.' It's true. I wouldn't change a single thing about my story, because I finally love who I am, and I can forgive who I was."

In her thank you section, she concluded: "I truly wish there were more words for love, because you deserve them all." 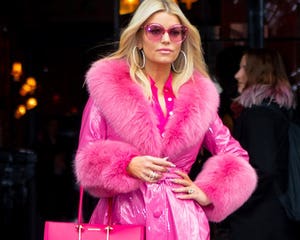