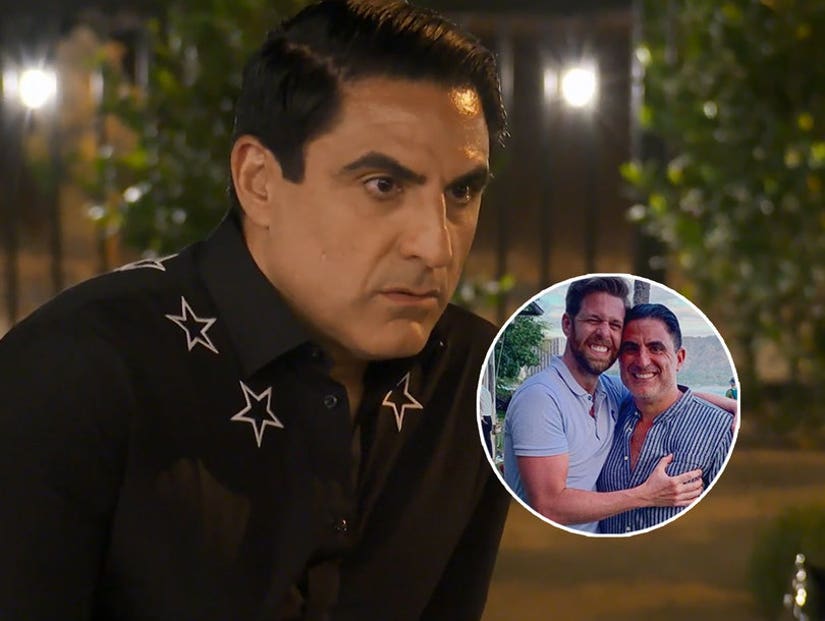 Two of his costars drop a bomb at Reza and Adam's housewarming party.

What is Adam doing while Reza Farahan's out of town? That's the big question after Destiney Rose shares some intel with Mike Shouhed that could change everything.

While attending a housewarming party hosted by Reza and his husband, Destiney pulls Mike aside in this sneak peek from Sunday's "Shahs of Sunset" Season 8 premiere.

"Listen, something was said to me and I want to bring it up to Reza," Destiney tells her friend, before bringing up a conversation she had with another male bestie. "The other day, Ali ended up telling me when Reza was out of town, Adam was here having a board game night and it was strip Jenga."

Mike looks shocked, as he says to his costar, "If your boyfriend was hanging out with a bunch of chicks and they were playing strip poker ..." He couldn't even finish his thought before she added, "I'd cut his dick off."

The footage ends with the two pulling Reza aside to tell him what allegedly went down when he was away on business. "I don't think it's true," warns Mike, "but we want to get to the bottom of it together."

Find out what happens with "Shahs of Sunset" airs Sunday on Bravo.