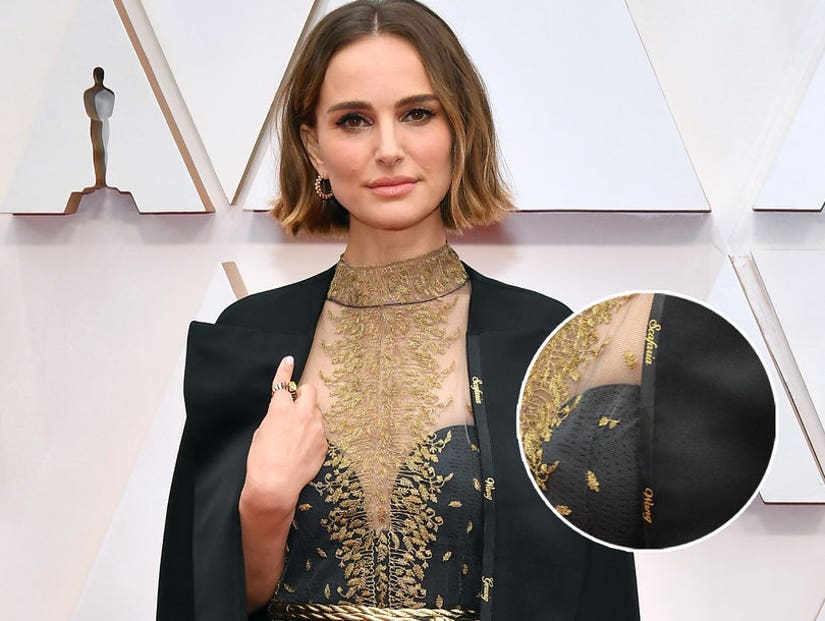 See the actress' "subtle way" of speaking her mind.

Natalie Portman made more than just a fashion statement at the 2020 Academy Awards.

Along the hem of the Oscar-winning actress's structured black cape -- which hung effortlessly over her shoulders and atop her black-and-gold Dior gown -- were the names of all the female directors many felt should have been but were not ultimately nominated for the most prestigious award in Hollywood. 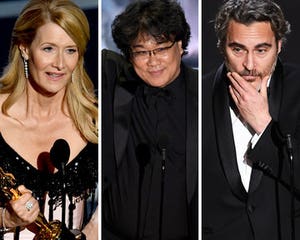 "I wanted to recognize the women who were not recognized for their incredible work this year in a subtle way," she said in the video below, showing off her "subtle" tribute.

Among the ladies whose names in script ran down Portman's left lapel were Lorena Scafaria ("Hustlers"), Lulu Wang ("The Farewell"), Greta Gerwig ("Little Women"), Marielle Heller ("A Beautiful Day in the Neighborhood"), Alma Har'el ("Honey Boy") and Céline Sciamma ("Portrait of a Lady on Fire").

The actress will be presenting tonight alongside Oscar-nominated actor Timothee Chalamet.

Natalie Portman embroidered her Dior cape with all of the female directors who weren't nominated for #Oscars. Check out her explanation here. pic.twitter.com/kyyo2wVMZf

This is now the second time Portman has made a statement about an award show's lack of female representation in this particular category.

While presenting the Best Director category at the 2018 Golden Globes, the actress said into the mic, "And here are the all-male nominees."

"I discussed with some of the women I've been working with that they had offered to me to present the director category, but I felt uncomfortable because it seemed to be excluding some deserving nominees," she told Buzzfeed after the fact. "And how could I bring attention to it without disrespecting the nominees? Because it's not their fault, and they all made great work. You don't want to not recognize them. It's just, why aren't we recognizing the people who aren't part of this exclusive club? So one of the women recommended I say that, and it felt like stating something that was true."

Only five women have ever been nominated for Best Director, and only one has ever won: Kathryn Bigelow for 2009's "The Hurt Locker." 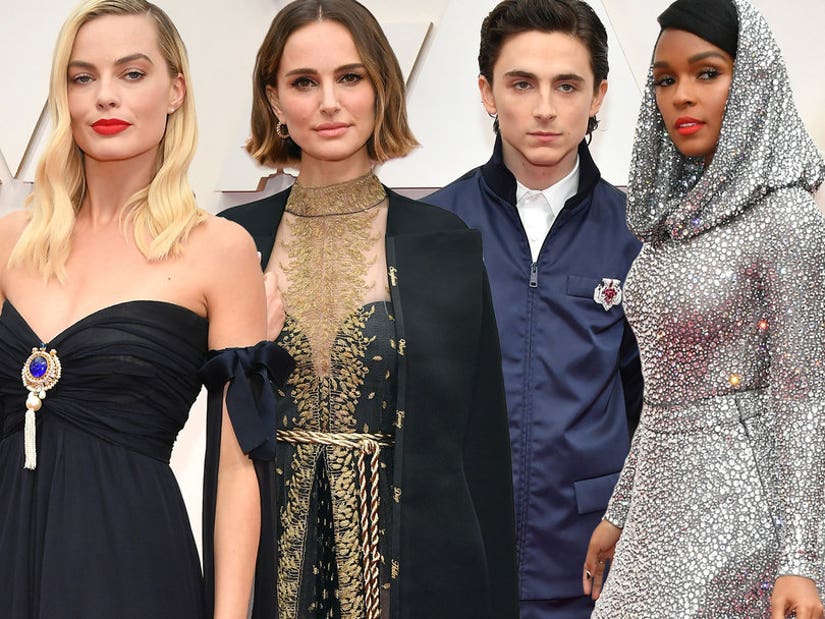