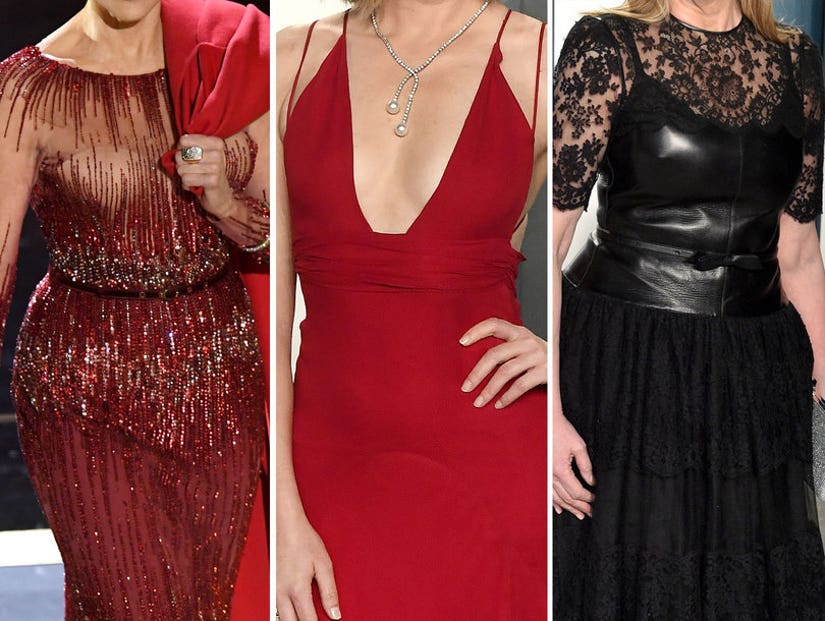 One of the gowns the actress last wore 16 years ago!

If some of these red carpet looks from the 92nd Academy Awards and the big Vanity Fair after-party look familiar, it's with good reason.

On Sunday night, four stars made a statement with sustainable fashion by re-wearing a few gowns -- and, in Joaquin Phoenix's case, a good suit -- they've already been photographed in at other events. So while some celebrities were getting decked out in the newest designer duds, these four just dug into their own closets! 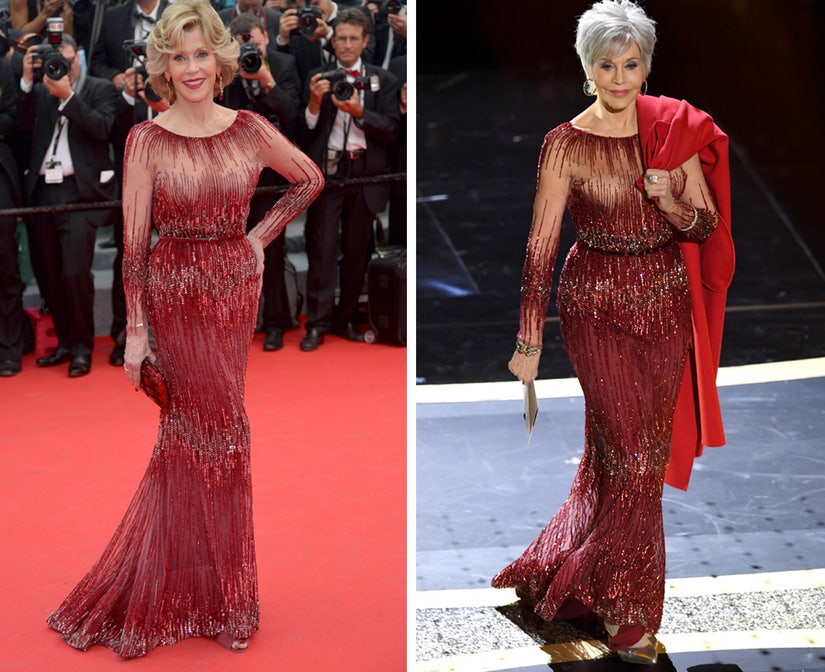 While Jane Fonda didn't actually do the carpet, she presented the biggest award of the night -- Best Picture -- during last night's show. She stepped out in a stunning, red Elie Saab gown and red coat.

A big proponent of sustainable fashion, Fonda first wore the dress to Cannes back in 2014. As for the jacket, she has been wearing it to her Fire Drill Fridays protests against inaction on climate change and said it's the "last article of clothing" she'll ever buy.

Her jewelry also followed that trend, as she said she wore Pomellato "because it only uses responsible, ethically harvested gold and sustainable diamonds." 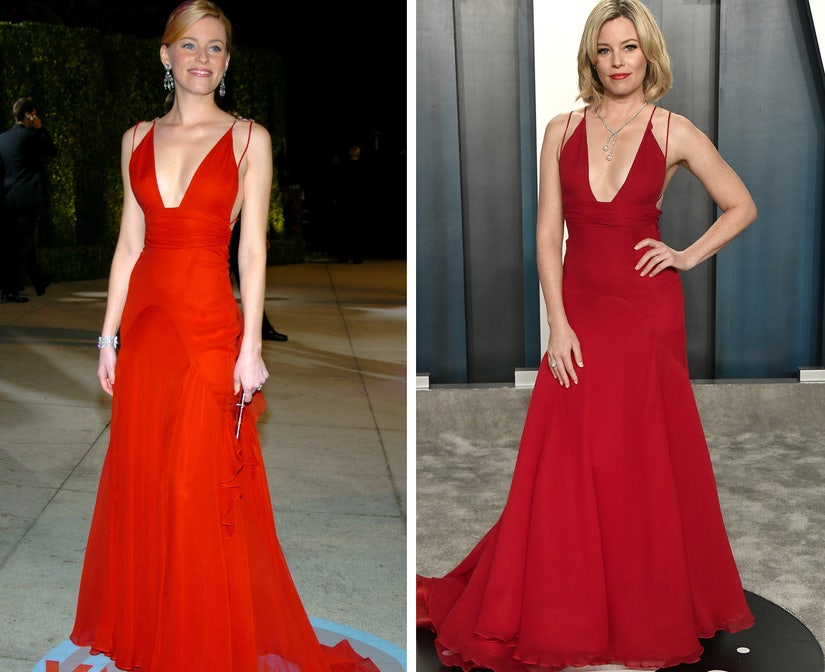 The "Charlie's Angels" star/producer/director actually revived a look she wore to the same party 16 years ago, back in 2004.

"It's gorgeous and it fits…so why not wear it again?!" she explained on Instagram. "Proud to wear my @badgleymischka dress that I first wore to @vanityfair #oscars party in 2004, re-imagined with @wendiandnicole, to bring global awareness to the importance of sustainability in fashion and consumerism as it relates to climate change, production & consumption, ocean pollution, labor & women." 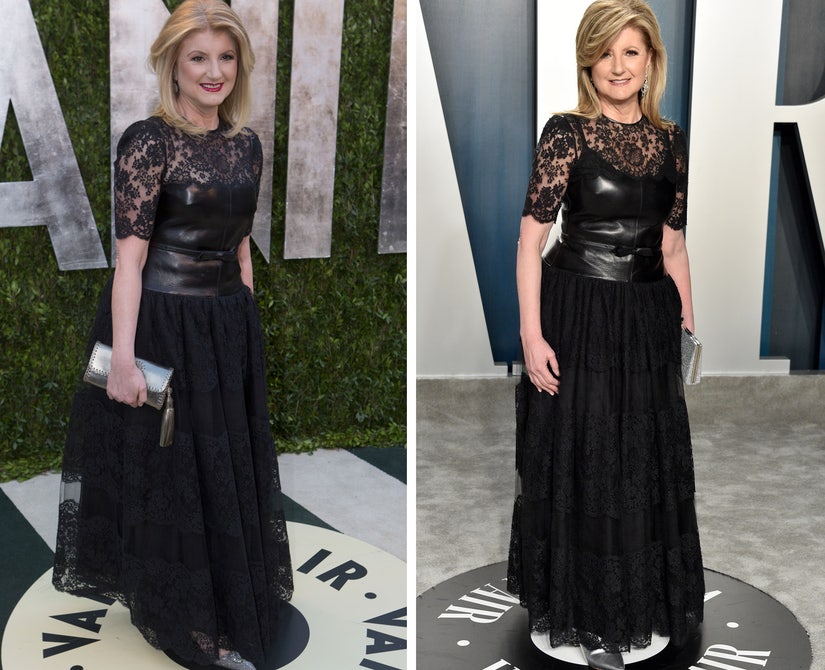 The Huffington Post founder Arianna Huffington also re-wore a dress to the Vanity Fair party she had donned there once before -- in 2013.

Showing up in a little black dress, she said she's a "big fan of #repeats" on Twitter. "When you own something you love, wear it again and again. It saves time, money, mindshare and the environment!"

"This year at the #VFOscarParty I re-wore the same dress that I wore at the VF party 7 years ago," she added. 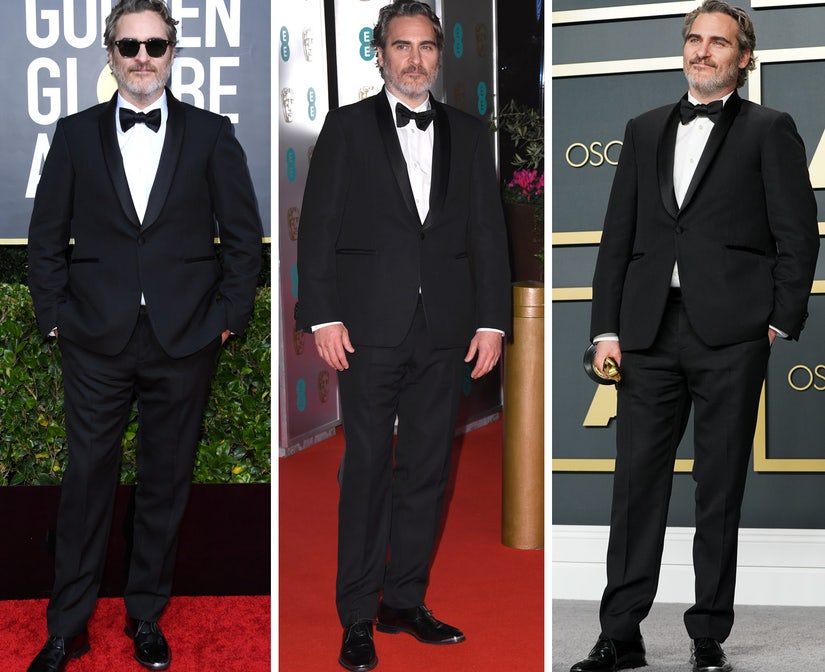 As for Joaquin, anyone who saw his speech last night knows he's all about doing whatever possible to give back to and protect the earth.

He vowed to wear the same Stella McCartney tux to all of his award show appearances this season, a busy one for him after his now-Oscar-winning role in "Joker."

"This man is a winner… wearing custom Stella because he chooses to make choices for the future of the planet," McCartney said on Twitter after he wore the suit to the Golden Globes. "He has also chosen to wear this same Tux for the entire award season to reduce waste. I am proud to join forces with you... x"

For more Oscar fashion, check out the galleries above and below! 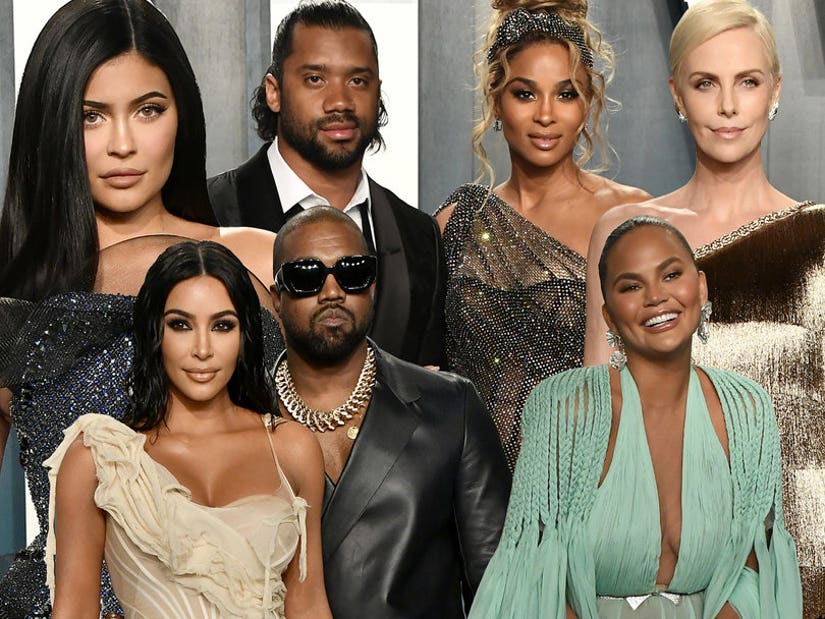