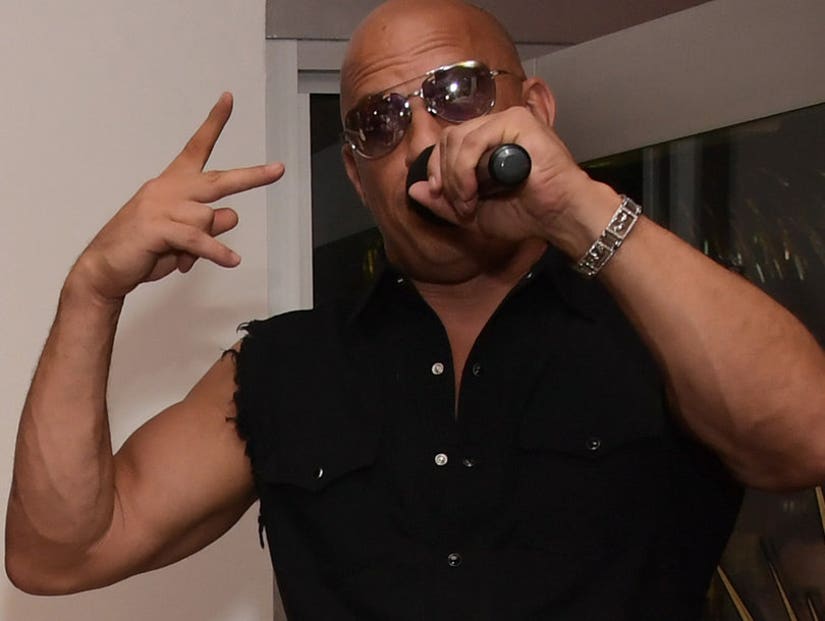 Sit back, relax and enjoy the dulcet tones of Dominic Toretto.

Vin Diesel has revived a once-beloved tradition: His performances of love songs on Valentine's Day.

The "Fast & Furious" star slowed things down for a cover of Lewis Capaldi's "Someone You Love" on Friday. As a slideshow of images from a recent family vacation played in the Instagram post, Diesel's (auto-tuned) voice can be heard singing the Grammy-nominated hit.

"Happy V Day," he simply captioned the clip, which ends with him, partner Paloma Jimenez and his three kids -- Pauline, Hania and Vincent -- on the beach.

While it may seem random to some, this isn't the first time he's done this.

Back in 2012, he surprised everyone when he shared a video of him performing Rihanna's "Stay" in what appeared to be a karaoke room. The performance went viral.

"Naturally, I became self-conscious ... and thought maybe I shouldn't have exposed myself like that," he shared after the clip racked up a ton of views. "Then I had dinner with my dad, and surprisingly... he said he loved it... and thought it was deep on a few levels...The Studio called today... and asked if I would be interested in doing a Musical."

Though we haven't been blessed with a Vin Diesel musical role just yet, he has kept the performances coming.

He later sang some of Sam Smith's "Stay With Me" during an interview with Capital FM in 2014 ... and posted another video of him singing Maroon 5's "My Heart Is Open" on Valentine's Day in 2015.

Enjoy that one below: