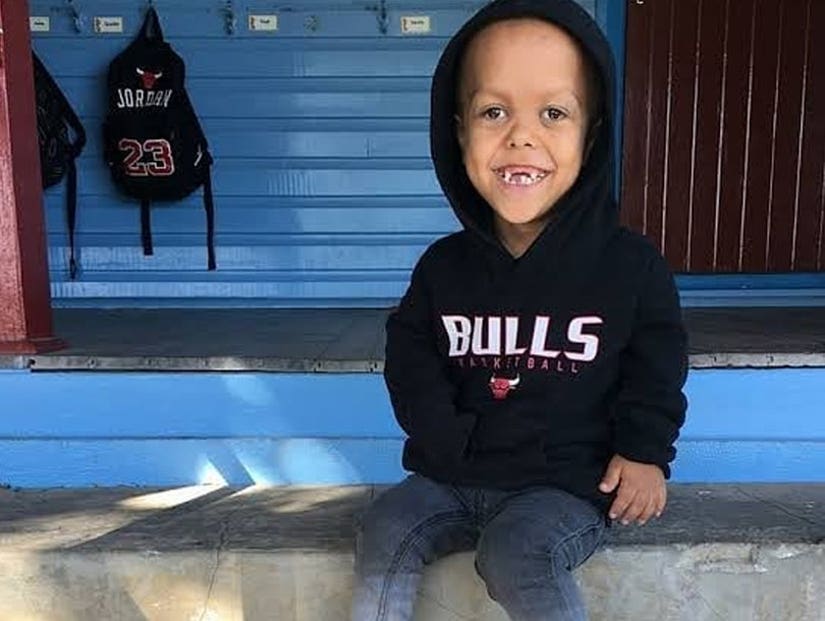 A GoFundMe campaign has raised over $470k after a video of the 9-year-old saying he wanted to kill himself from being bullied went viral.

The family of Quaden Bayles said they are turning down the money raised online to send him to Disneyland, opting to use the funds for charity instead.

Over $470,000 has already been raised on a GoFundMe campaign after a heart-wrenching video of the 9-year-old Australian boy crying and contemplating suicide because of bullying went viral last week.

"What kid wouldn't want to go to Disneyland, especially if you have lived Quaden's life. To escape to anywhere that is fun that doesn't remind him of his day to day challenges," Quaden's aunt, Mundanara Bayles, told NITV News on Thursday.

There is perhaps nothing more heartbreaking and debilitating than seeing a child take this kind of bullying to heart. As someone who was bullied as a child and to this day gets bullied by trolls online, I can safely say with confidence that you are so much more special, beautiful https://t.co/kMdryQZlgf

"But my sister said, 'You know what, let's get back to the real issue.'"

The family -- including Quaden's mother Yarraka, who posted the devastating clip on Facebook Live -- said the money would be better used for organizations that could prevent the "many suicides" that occur in their community because of bullying.

Quaden is an Aboriginal Australian of the Murri people who was born with Achondroplasia, the most common form of dwarfism, which the family says is the source of his constant torment from bullying since he was three.

"We need to come together and work out how to make sure young people like Quaden don't have to deal with what they have been dealing with," Mundanara said to the outlet.

"We've had seven kids at the Murri School in Brisbane, where I am on the board, take their lives in the last 10 years."

Now at 75k! Unreal. My phone won't stop. This is beyond anything I could have imagined. I need help putting this together. Please @TheEllenShow or @WWE or @Disneyland. I just want to do right by this kid. Please help me put all this generosity to good use https://t.co/vGLHQXzO0K

The family has so far designated Dwarfism Awareness Australia and the Balunu Healing Foundation, an organization focused on indigenous youth, as the recipients of the money.

The GoFundMe campaign was set up by American comedian Brad Williams, who has the same form of dwarfism as Quaden. The Bayles are "currently in discussions" with Williams, according to NITV.

Yarraka told the outlet that the family has been slowly adjusting to the media attention and the outpouring of love from around the world, including support from Hugh Jackman, Jeffrey Dean Morgan, Josh Gad and the NRL Indigenous All Stars rugby team.

"It's a bit overwhelming but we are doing good considering. It's pretty full on but we are strong enough to get through especially with all the mobs support and unconditional love," she revealed.

"Quaden is ok. He is spinning out a bit, we just have to protect our boy as best we can. We've got a good team around us now."

Meanwhile, Yarraka said she has been working on "Quaden's Law," a package focused on building "emotional resilience" and identifying bullying traits, which she hopes will be a school curriculum mandate.