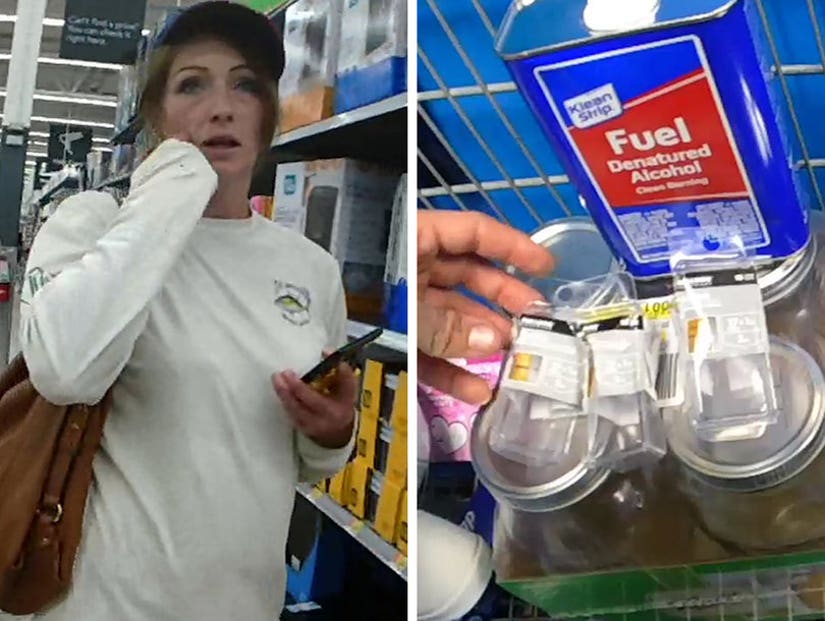 While she denied making the bomb, she did admit to being on meth, spat at the officer, claimed she had AIDS and threatened to pee on him.

This is the moment a Florida mom was arrested for allegedly building a bomb inside a Walmart — using items she found on the shelves.

Emily Stallard, 37, was apprehended by an off-duty Florida Fish and Wildlife Conservation officer on January 11, whose body-cam recorded the entire incident.

She was accused of constructing an explosive device by filling a mason jar with kerosene and nails, and soaking a shoelace in the fuel to act as a fuse — all right in front of her young son. 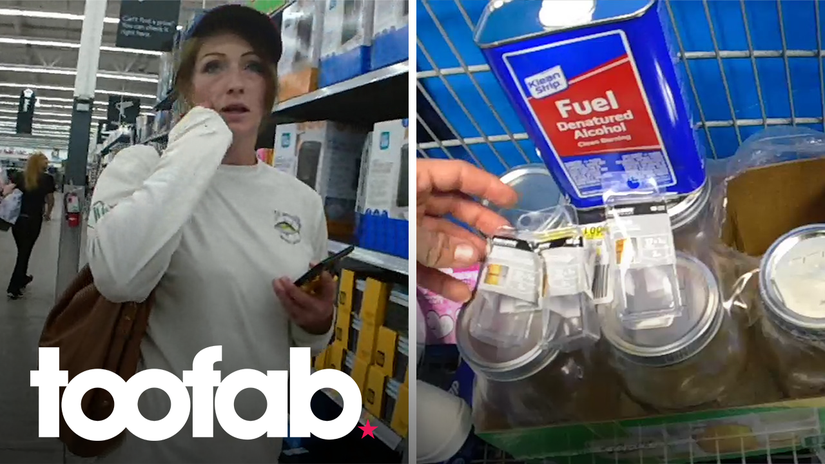 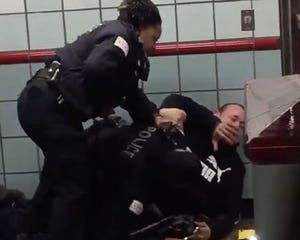 When Officer Reece Alvis approaches her in the store, she is holding a lighter in her hand.

After identifying himself, he asks her to step outside the store, but she refuses, telling him she is going to get killed if she does.

The officer refuses to allow her to use her phone, so she hands it to her son as she is handcuffed, yelling at him to start calling people. She gets angry when he doesn't do it quickly enough, swearing at him before attempting to dial using her nose while he holds it, until the officer intervenes, in the full video footage released by police. (TooFab has not included this portion of the video to protect the identity of the child.)

"So the reason you're in handcuffs right now is for the mason jar filled with nails and kerosene that you constructed," he tells her once outside.

"Well they have video of you putting that together," he explains.

Indeed his bodycam shows him photographing the contents of her shopping cart: it contains several emptied canisters of kerosene, a six-pack of large glass mason jars with one removed, several empty packets of nails, and a pair of women's trainers - one with its laces removed.

Officer Alvis's bodycam also shows him watching the CCTV footage over a security guard's shoulder, appearing to show Stallard lowering the white lace into the liquid filled jar, before carrying the homemade device away, all while her son watches. She is on the phone the entire time. 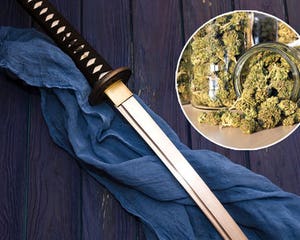 Man Stabbed With Samurai Sword For Not Buying Pot For Partner, Police Say

In the back of the police truck, Stallard admits she is coming down off meth, but can't remember when she took it.

The video also shows Alvis asking her to calm down after she starts kicking out.

"I swear if you break my window or dent my truck then you're gonna have additional charges," he tells her. "You realize you just kicked the door into my wrist right?"

She continues squirming in the handcuffs which causes her wrist pain and her trousers to slip down; when Alvis tells her he is going to take her out of the car to pull her jeans up and get her better fitting cuffs, she turns violent, threatening to spit at him before appearing to follow through with it.

After getting a spit mask placed on her head, she then claims she has AIDS and threatens to pee all over him.

"You f--king goddamn call somebody," she screams from the back of the truck, "tell them there's a bomb at Walmart — and I didn't do it!"

Stallard was charged with attempted arson, fire bombing, child abuse and contributing to the delinquency of a minor, as well as battery of a law enforcement officer.

"This woman had all the supplies she needed to cause mass destruction at her disposal," Hillsborough County Sheriff Chad Chronister said after the arrest. "I am proud of the quick response by the officer and security personnel who stepped in and the thorough job performed by my deputies to investigate this matter and make an arrest.

"I can't stress enough: if you see something, say something. You don't have to tackle a bad guy to be a hero. One phone call to law enforcement when you spot something or someone suspicious can ultimately save lives." 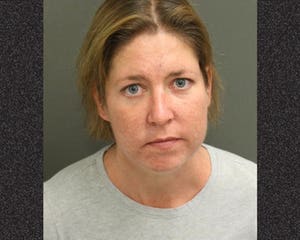