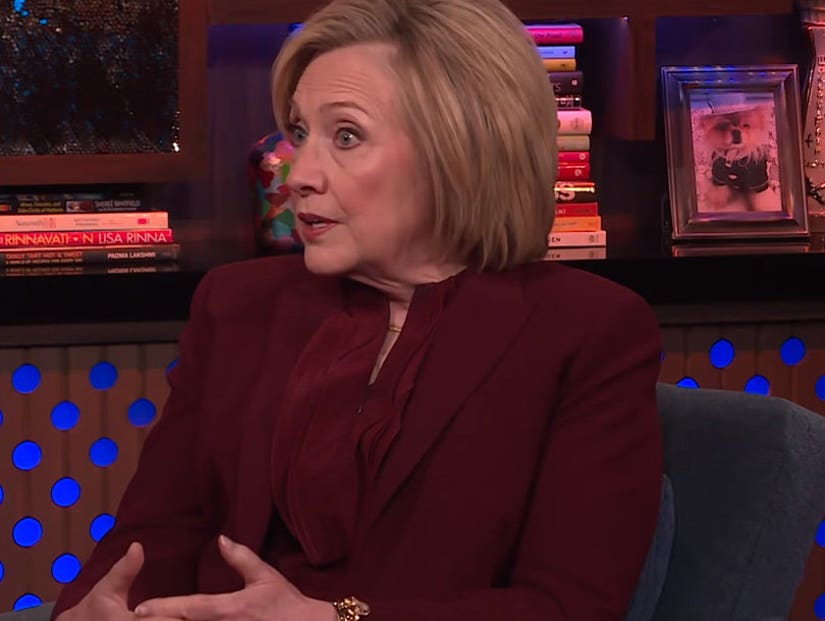 The former Secretary of State also responds to decades of rumors about her, Nancy Pelosi ripping up Trump's State of the Union and so much more on "WWHL."

Andy Cohen took Hillary Rodham Clinton on a whirlwind tour of her entire life and career on an almost overwhelming installment of "Watch What Happens Live with Andy Cohen" in anticipation of the new four-part Netflix documentary about her story that drops Friday.

It was as if the host wanted to cover everything that might possibly be in that documentary before it dropped, and Hillary proved remarkably candid and open about everything he asked. They even played his favorite game, Plead the Fifth, and she didn't refuse to answer any of the questions. 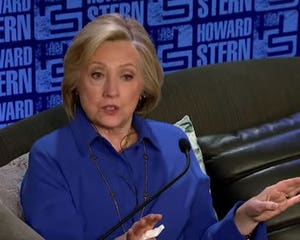 And yet, she was never nasty or ugly, as so many have been to her throughout her career. She was, however, very direct and blunt, like when Andy Cohen asked her her thoughts on First Lady Melania Trump's anti-cyberbullying "Be Best" campaign.

The question came up as part of the aforementioned Plead the Fifth segment, and Clinton was simply responded with, "I think she should look closer to home," echoing criticism that Melania's husband is one of the biggest cyberbullies out there.

The most random question of the segment had to be when Andy asked her which politician or head of state that she'd encountered throughout her career had the worst breath, with Clinton simply explaining that she generally doesn't get that close.

But if she did, she would "Be Best" about it and maybe offer them a glass of water. "You have to be diplomatic," she explained. 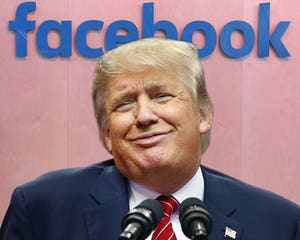 It's a philosophy she's carried throughout her career, as when a caller asked her about the time back when she was First Lady that Newt Gingrich's mother called her a "you-know-what." Rather than lash out or attack or even whine about it, Clinton went the other way.

"I invited him to bring his mother to the White House. He came with his mother and his then-wife and I gave them a tour of the White House and they were a little embarrassed because I decided to react to what they said about me without being retaliatory but instead trying to be gracious and trying to demonstrate that there was a better way to treat people," Clinton said, concluding that "it was quite an interesting afternoon."

She then had to give props to daughter Chelsea Clinton who has become internet famous for her ability to take criticism and even nasty trolling with grace and even a surprisingly positive spin, considering how ugly people have been toward her.

"She is just the queen of never getting drawn into it and beaten up about it," Clinton said, emphasizing that the world needs more people like that in today's divisive and hostile political and social climate. 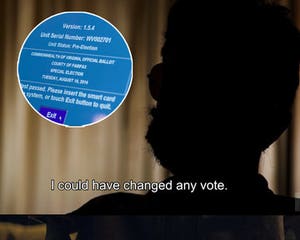 One of the things Clinton has had to endure through her many years in public service is tabloid and sensational rumors about her, so Andy put her to the task by asking her to respond to some of the best and stupidest. And right away she dropped a huge (fake) bombshell, responding to the rumor she adopted an alien baby in June of 1993.

"No comment," she said of the rumor. "But he did graduate from a really good school."

Clinton got more serious about some of the other rumors, admitting that she was approached about running for NYC mayor in 2017 but never actually considered it and that she and Barbra Streisand's relationship is just fine thank you very much. "We're good friends."

She did confess that another "very good friend," Anna Wintour was her unofficial fashion consultant during her 2016 campaign, as well as dispelling and breaking down other rumors like that she threw things at her husband, lit up in front of him (Bill is smoke-allergic) and once said, F--k the White House Correspondents Dinner! 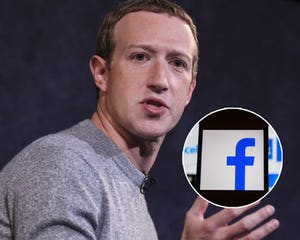 Pelosi's State of the Union Statement

Whereas Hillary Clinton was once the most polarizing woman in politics, that title has now settled around the shoulders of Speaker of the House Nancy Pelosi, who recently drew ire and raised eyebrows when she tore up the president's State of the Union speech at the address.

And while it was bold and aggressive, Clinton actually applauds the "interesting and effective gesture."

"I thought she was making a very strong point in demonstrating that so much of what he said was untethered from reality and just plain factually wrong," she said. "Sometimes it's the only way to get attention."

It's true that it sometimes takes something that sensation to break through the malaise of reporting and get attention for something that might truly matter. In this case, what mattered to Pelosi was drawing attention to the content of the speech, which she had huge problems with.

"I think because she visibly did that, which then went viral across the internet, people went, wait a minute, maybe we'd better take another look," Clinton said of the speech she described as being "filled with so many errors." 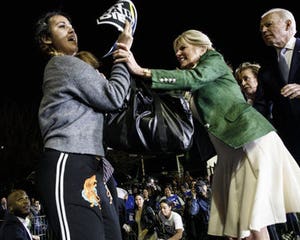 Without naming too many names, Cliton said she has been in touch with several of the former and present Democratic candidates for presidency, with one notable exception, Bernie Sanders.

Andy then asked if she would take a call from her 2016 rival for the nomination if his campaign reached out, and Clinton quickly replied, "Absolutely. Yeah."

"Politics should be the art of addition and multiplication, not subtraction and division," she continued. "And so, if somebody reaches out, I will always meet with that person." 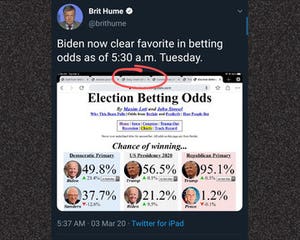 One of the things that perplexes Andy, and continuously causes an uproar online, is this notion that "people on the left can't say anything and some people on the right can say absolutely anything and it doesn't matter how offensive [it is]," as he put it.

But while Clinton agreed that the double-standard exists, she doesn't necessarily see it as a bad thing becuase -- as someone from the left -- she sees it as her side setting, or having a standard of decorum and civil behavior.

"I think when it comes to insulting people, it's kind of baked into what currently is accepted political rhetoric on the right. That's really what Trump understood," she explained. "He understood that he could attack and insult and demean and hate and that the people he was trying to get to vote for him and still is would think that was him being authentic and not 'politically correct.'"

But whereas his supporters see the nicknames and attacks as Trump being real and authentic, Clinton simply sees it as him being "rude."

As for the left, Clinton says it's simply a matter of not wanting "to be unnecessarily virulent and nasty toward people." In other words, she feels that liberals "kind of hold ourselves and hold those who agree with us politically to a different standard."

That's why you'll see liberals and Democrats tearing down their own, as with former Senator Al Franken over allegations of sexually inappropriate conduct, even if it might have been more politically beneficial to keep his voice and influence in the Senate chamber. 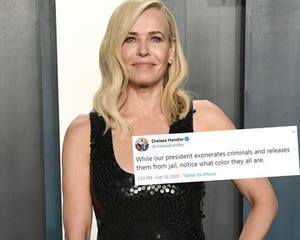 We were a little surprised that Clinton was willing to go so into depth as to what she believes is on Trump's tax returns that he's been so hesitant to release them to Congress. Further, she says he is legally bound to do so upon request, though she already feels pretty confident what would be revealed should it ever happen.

Further she believes "he has been not only not charitable," adding that "he now is prohibited from having a charitable foundation because he used it for personal and political reasons." She also believes the returns would reveal funding from "suspect sources" and sounded like she could go on from there.

"I guess I think it would just be a cornucopia of information about all of his claims to the contrary," she concluded. 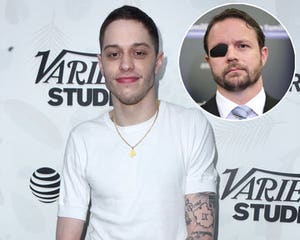 With a political career on the national stage dating back into the 1980s, Hillary Clinton has been a public figure longer than many of her fans have been alive, and with that comes "Saturday Night Live" impressions.

Nine women have taken on the task of impresonating Hillary Clinton, all the way up through current performer Kate McKinnon, who took over the role permanently in 2015 after a single stint in 2013. She follows on the heels of originator Jan Hooks, Janeane Garofalo,Ana Gasteyer, Amy Poehler and Vanessa Bayer, along with guest performers Drew Barrymore, Rachel Dratch and (oddly enough) Mile Cyrus.

With all that material, Andy asked Clinton which portrayal was her favorite and found out she's actually a big fan of the show and even the jokes at her expense, saying she learns about herself from what they poke fun at.

" I thought they all did a really good job, but probably Kate McKinnon and Amy Poehler were the ones who, I thought, really captured it," she said.

She then went on to praise the wardrobe department on the show. "When I went on SNL, I was so surprised that they could literally take an outfit you were wearing 24 hours before and make it, so that the person playing you would be wearing it," she marveled. "So I did a little bit of a double-take I didn't know, was that me or somebody else."

Finally, Andy asked her the most risky decision she'd ever made. With all she's been through in her career, the ups, the downs, the scandals and the controversies, her answer really to this question really caught him by surprise.

"Personally, marrying my husband," she said. 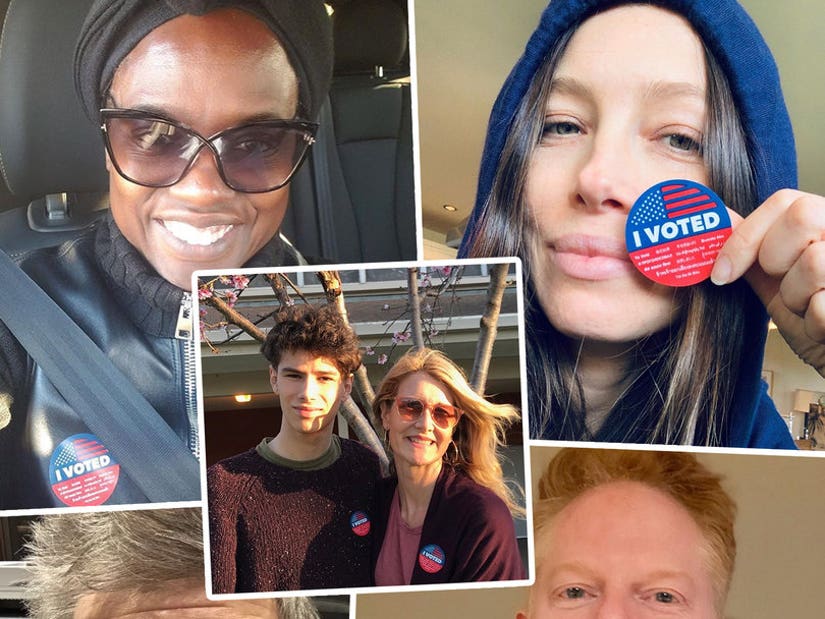