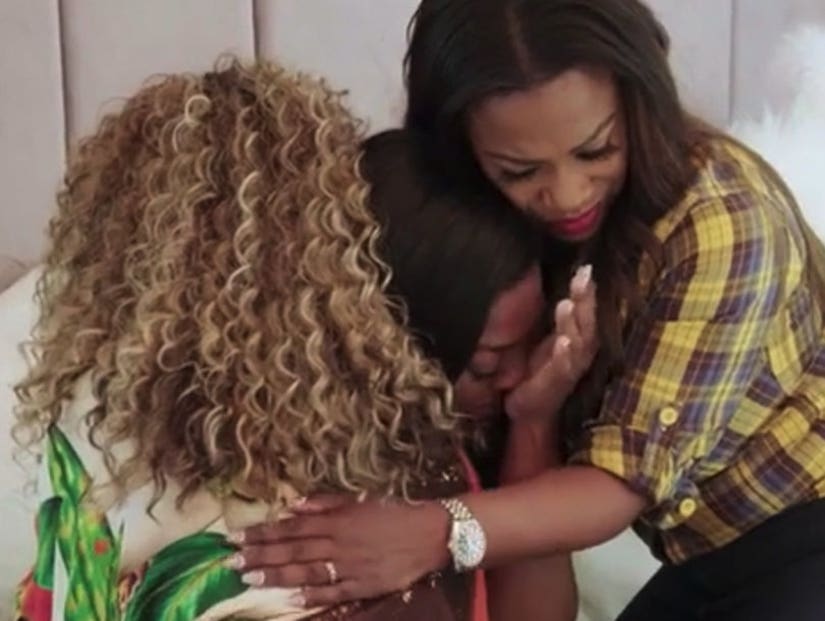 Meanwhile, the episode ends with NeNe exclaiming, "F--k Kenya and her bad skin."

While last week's episode of "Real Housewives of Atlanta" showed the final, tension-filled day before Kenya Moore and Marc Daly announced their separation, tonight's hour filled viewers in on the alleged fight between the two that apparently was the final straw.

Sunday's installment began with all of the women reacting to headlines about Kenya and Marc's split. Eva Marcille was alerted while filming her confessionals for the show, NeNe Leakes called Marlo and threw some shade, before Cynthia Bailey and Kandi Burruss showed up at Kenya's home to see how she was doing.

The two found Moore in her bed, where she was an absolute wreck. Through tears, Kenya detailed everything that had transpired between her and her husband since his charity event, at which he was heard on a hot mic saying he "hated" everything that came with being married.

Saying he forced her hand to release a statement about their separation after he announced it himself, she gave her POV on the previous night's events.

"We went to the event and he seemed very irritated the whole time we were there, not loving, not being nice to me, saying little things under his breath. Everything I was doing, it was like an issue," she said. "He ended up getting the the Uber, we took off and then he was just like livid. He was like, 'I didn't even want you to come.' Somehow I ruined his night. Every time he gets mad, he goes in, he goes for my throat. He can't stop until he feels like he is just completely destroying me."

Though she was adamant Marc was not physical with her, ever, she said she had "never seen him angry" like he was on their ride home. "The Uber driver asked him to get out of the car," she claimed. "He asked him to leave ... it got really out of hand and I told him he can't come back here, just go."

Again reiterating he wasn't abusive, Moore said the situation did make her "flash back" to a previous relationship. She then told her costars she didn't want a divorce, but felt he was "doing something else," as in possibly cheating.

"I look around and I see these text messages or whatever," she said. "One of the women was begging him to keep the sex going even though he was married. That woman, he still communicates with after I told him 'This is inappropriate.'" 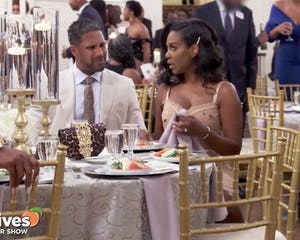 "I called the bitch too, which I regret that I did," Moore continued. "She answered the phone, I said, 'You might want to take me off the speaker phone, this is Mrs. Marc Daly.' And she picked up the mother f--king phone and I proceeded to let her know if she came anywhere else near my husband, I know where she lives."

Claiming he had apologized for speaking to the other woman, the two apparently decided it was just a "mess up" that they could get past. At the same time, she also said she wanted their daughter to be proud of her for standing up to a man "treating you a certain way."

Because of all the drama in her life, Kenya considered bailing on the trip to Greece she and Kandi had organized for the other women. "The girls, they hate me and they only want to see me fail," she said about her costars, NeNe in particular. In a confessional, NeNe basically confirmed her suspicions, saying "Karma is a bitch" after Kenya tried to meddle in Tanya Sam's relationship with fiance Paul.

Despite her hesitation, Moore did show up to the trip -- though she flew separately from the rest of her costars, not telling them whether she'd show until they saw her at the Athens airport.

Once all the women got settled into their bedrooms, which was a feat of its own, Cynthia sat down with NeNe and asked her whether she thought Leakes could use this trip to squash some of her beef with Kenya. NeNe was down, but things remained awkward between her and Kenya when they all sat down together later for dinner.

NeNe asked if Kenya was okay, before Moore reacted by saying how much she appreciated the love she got from from basically everyone but Leakes when the news broke. When Cynthia then said she'd love for Kenya and NeNe to have some one-on-one time to hash things out, Moore simply got up and said she was going to sleep.

NeNe felt doubly snubbed. "She's really a sad woman," she said. "I put all of our drama aside, and as a married woman who has been through things in her marriage, I wanted to just really give her real advice. F--k Kenya, be clear, f-ck Kenya and her bad skin."

Kenya decided to come back with a peace offering of some delicious looking baklava to NeNe, but it was too late. Leakes had already left the table and gone to her room. Kandi tried to get NeNe to cool down, but she wasn't having it. "This is the problem, I don't get ready when she's ready," NeNe said. "We're not going to eventually have anything, my door is closed, we don't have to talk ever, I'm done. She's right, I'm wrong, I f--ked her man and stole her baby."

The episode ended with pretty much everyone feeling frustrated. Can't wait to see how the vacation continues to play out next week on "Real Housewives of Atlanta." 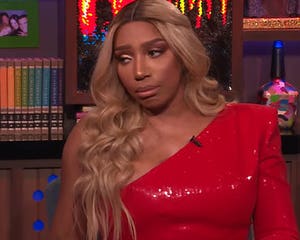