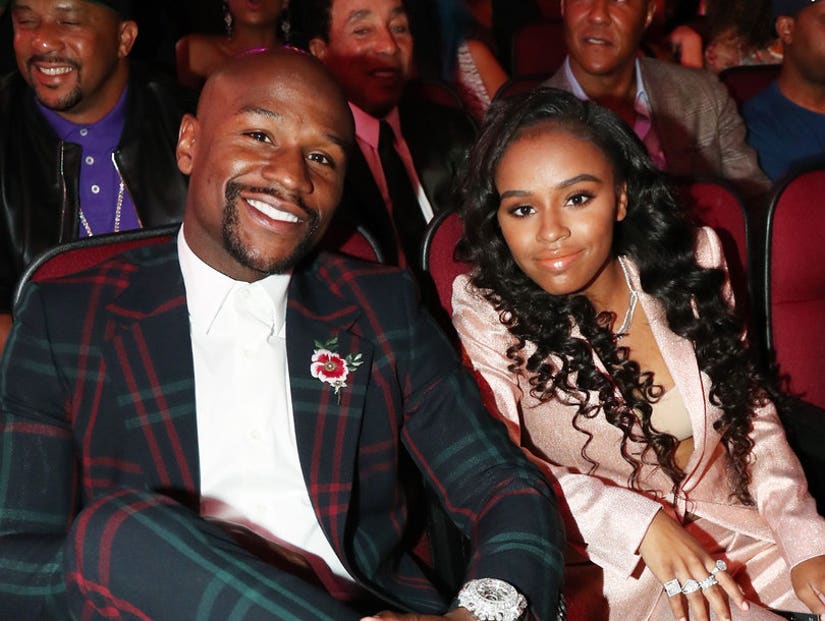 According to TMZ, Iyanna Mayweather, 19, was taken in by the Houston police around 1:30 in the morning on Saturday after allegedly stabbing NBA Youngboy's baby mother, Lapattra Lashai Jacobs.

Law enforcement sources told the news outlet that an argument occurred after Iyana said she was the rapper's fiance, told Lapattra to leave and the two women moved into the kitchen, where the prize fighter's offspring is said to have been holding two knives.

Lapattra told police she didn't feel the first knife wound, but said Iyanna had charged at her again with a second knife. The victim was reportedly laying on the floor when authorities arrived and she was taken to a local hospital. Her condition is not known.

"Thats what happens when you have a juvenile man as a father who is more obsessed with bragging about his money than raising his kids well," posted one follower who attempted to shift blame on the boxer.

Another made light of the situation, referring to the current social distancing mandates for the coronavirus pandemic.

Iyanna told police Lapattra had pulled her hair outside of the home. She said she had never met the woman before, according to the police.

thats what happens when you have a juvenile man as a father who is more obsessed with bragging about his money than raising his kids well.

Iyanna and NBA Youngblood had previously dated, but in December, the rapper released a diss track called "Dirty Iyanna."

The daughter of the 43-year-old boxer and Melissa Brim was charged with felony aggravated assault with a deadly weapon.

Bruh why they fighting over this pic.twitter.com/Mz3kg4NHy2

Out of all the movies I've seen, out of all the family get togethers. When somebody pulls a knife that's when everybody HAS to jump in. Never heard of a successful stabbing when people are present. Attempted murder she's going to get hit with the book.

When you walk into a room and see her holding a knife: pic.twitter.com/th1IMItcXU

I assume daddy never taught his daughter how to fight since she picking up knives.🙄

Sorry sis if she was at his house at 1:30am then you already knew what it really was and should have just left.