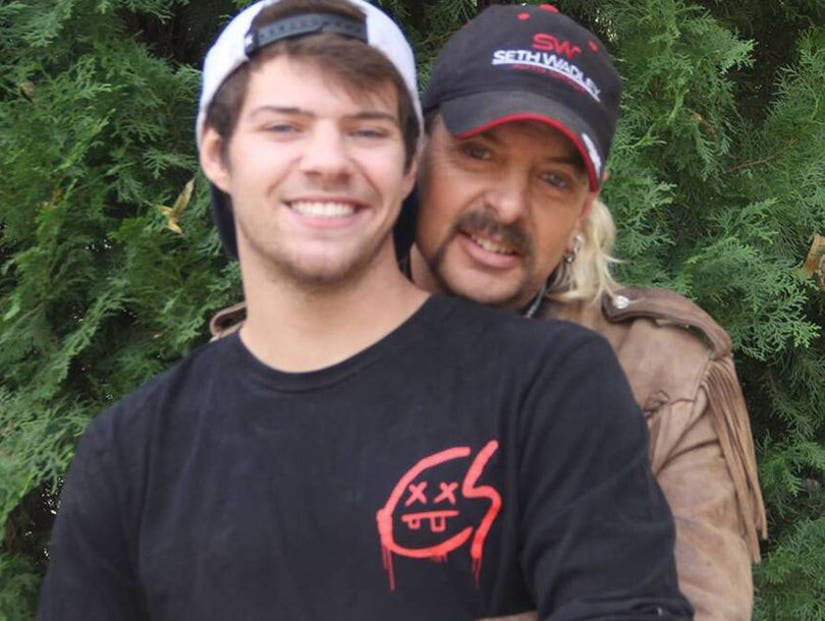 The first question: Who'd he "rather" between Joe's other two husbands.

With the obsession of "Tiger King" still not waning, Andy Cohen had the most recent husband of Joe Maldonado-Passage (aka Joe Exotic), Dillon Passage, on his radio show Monday for a speed round of listener questions.

This is the second time Passage has called into Radio Andy, following a TMI chat last week. After getting on the line today, he said he had spoken with Joe in the time since he last talked to Andy -- and said he was "super excited he got to hear from me ... [he was] just glad to hear my voice."

From there, it was time for listeners to call in with their own questions for Dillon and they did not disappoint. First, he was asked who he'd "rather" between Joe's husbands John Finlay and Travis Maldonado. "I would have to pick Travis, for sure," said Dillon. "Me too, without question," added Andy. 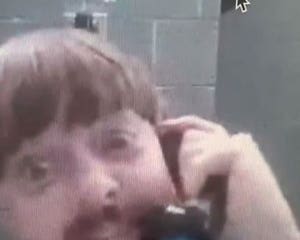 When asked whether the show was a "fair depiction" of his husband, Passage said the series was true to his character. "They didn't show his really sweet and sensitive side," he added, but said Joe is "definitely a wild person and very outspoken and not afraid to say what he thinks."

One caller wanted to know what Dillon's relationship was like with his own family, wondering whether they were supportive of his marriage and still in touch with him.

"I speak to my sister for hours every day on the phone, we're very close," he said. "My mom, we actually just talked about an hour and a half ago. They're really supportive but they kind of worry about me."

He said his mother has received some e-mails from reporters wanting to speak with her, but since she wasn't on the series, the spotlight hasn't been too bad on his family. "They want to make sure I'm okay with what's going on and I'm being taken care of," he added.

One particular moment in the docu-series that really grossed out viewers was learning Joe's park would use expired meat from Walmart not only to feed the tigers, but also to use on pizzas sold at the park's restaurant. That was new news to Dillon.

"I absolutely have no idea, I wasn't involved in things that were happening at the bar or on the restaurant," he exclaimed. "I would go in there and make pizza for myself sometimes, so when I heard that I was kind of disgusted, but I don't know if he was actually doing that."

Dillon also confirmed he and Joe never went to Belize after leaving the zoo behind, telling Andy that the two were actually in Pensacola, Florida and he didn't quite understand why Maldonado-Passage was lying about their location. "I was like, 'That's maybe not the best idea,'" he said, "He didn't really want people to know exactly where he was, that was when we left the zoo and I didn't understand what he was doing or why he was doing that at the time. But after the arrest, we had a conversation about it." 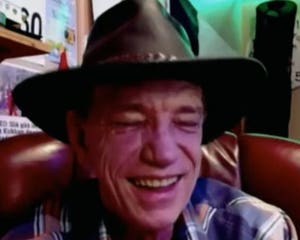 Other intel gleaned from the Q&A session: Dillon won't be involved in Netflix's upcoming additional episode of the series, he himself was "blown away" by what he learned about Joe's feud with Carole from watching the show and while he's gotten "quite a few hate comments and judgmental people," the love from viewers has outweighed the nasty.

Regarding Carole, Dillon said that while he heard about Joe's attacks on her on his YouTube channel, Joe was "being equally tormented by her" in return. "I feel the only person Joe has really done wrong was the situation with Carole," he admitted though, before criticizing Baskin's treatment of tigers.

When asked about whether he believed Joe was an animal abuser, he said "Carole's doing the exact same thing. She's very pro-animal rights and not having tigers locked up, but her tiger cages look like chicken wire in my opinion." Dillon added, "I've never seen an animal being abused on the park."

He also said that being in jail has made Joe feel "exactly what it's like [for his animals], he feels guilty about it and he regrets the decisions he's made." 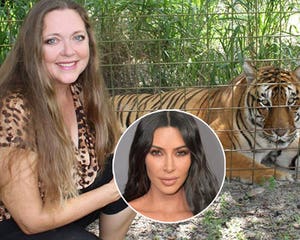