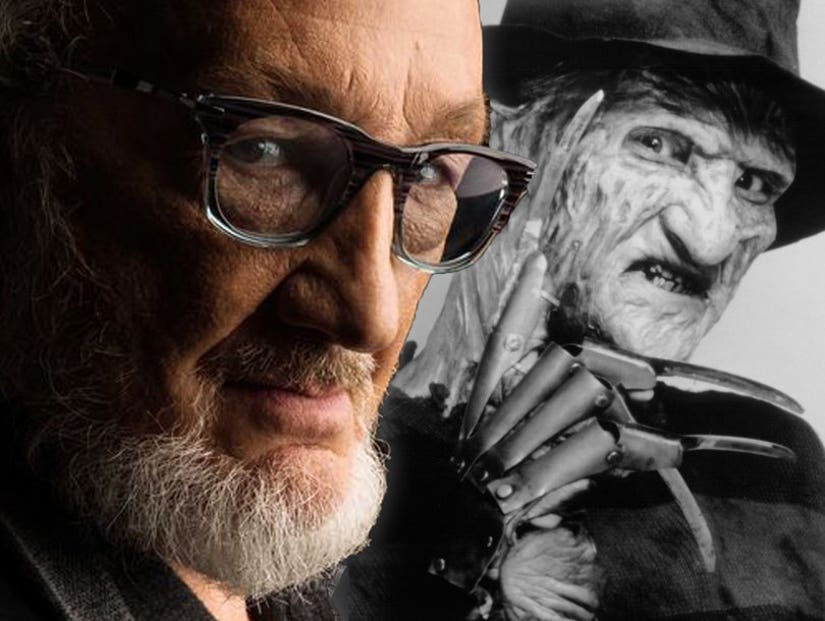 Saying the first remake was "rushed," Englund throws a few ideas out there and says he's "encouraged" about Nightmare on Elm Street's future.

Hard to believe, but it's been 17 years since Robert Englund last starred as Freddy Krueger on the big screen, but he hopes "Freddy vs. Jason" won't be his last outing in a "Nightmare on Elm Street" film.

While Englund told TooFab he has no plan to play the dream killer again, he would love a cameo in whatever happens next -- and has a few ideas of his own as to where the series should and could go. 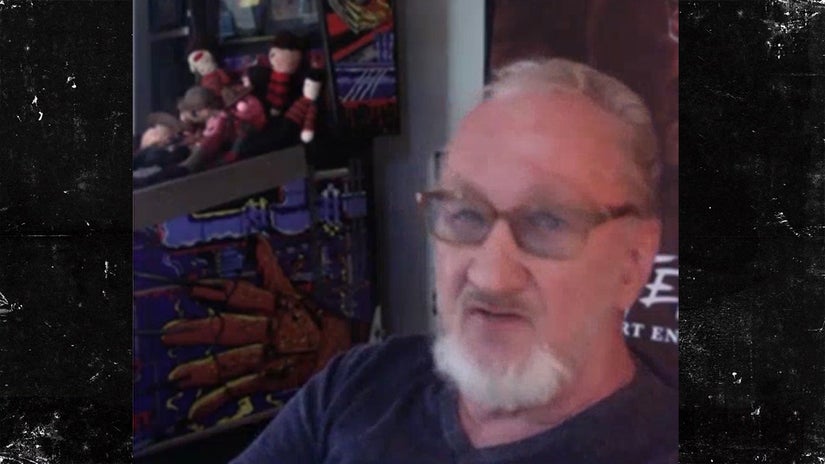 The 2003 showdown between the two horror icons marked Englund's last official film appearance of Freddy, though he did step back into the red and green sweater for a 2018 episode of "The Goldbergs." In-between those two projects, Platinum Dunes -- who made the reboots of "Texas Chain Saw Massacre" and "Friday the 13th" -- attempted to reboot "NOES" with Jackie Earle Haley rocking Freddy's glove.

While that 2010 movie did well at the box office, it was not a hit with fans of the series and a sequel never happened. In the decade since its release, the rights to both "NOES" and Freddy himself reverted back to the Wes Craven estate, which has recently been taking pitches on where to take the series next.

TooFab caught up with Englund, now 72, about his new Travel Channel series "True Terror with Robert Englund." We'll have more on his show later this week -- but below is what he said about the future of Freddy.

TooFab: Rights issues aside, why do you think there are so many issues with horror franchises from the 80s -- Nightmare, Friday the 13th, Child's Play, Texas Chain Saw -- they're having trouble connecting to audiences now. What do you think that disconnect is?

Well, I think they're so part of the culture now that they've been diluted a little bit. And also, I think that remakes were rushed. I know the remake on "A Nightmare on Elm Street" was was premature. We should have done another "Freddy vs. Jason" film and then waited, they should have waited for five or 10 years. And I think it's the same thing with Child's Play ... I think they're so part of the culture and they're being rerun so much and they're available on DVD.

You pop up a Blu-ray, for instance, a Blu-ray with extras of "Freddy vs. Jason," or "Wes Craven's New Nightmare" and you put that on a 50 inch flat screen. It looks better than when it came out in the movies. And if you're a 12-year-old boy and you're introduced to it, you'll love it. You get it. So we don't need to go after that generation yet.

They also have to recognize what is the secret. The secret of "Nightmare on Elm Street" is loss of innocence and the kids need to be like Midwestern kids, they can't be hip, chic, junkie kids. They have to be middle American kids that think they're a little hip and they are co-opted by evil and they lose their innocence on all levels; sexual, violence, murder, death, realization of their parents' flaws, all of those things.

If they redid Nightmare 2, for instance, and really deal with the subtext, Freddy toying with that boy's sexuality. But the fact that we're much more comfortable with that now, I think it would be really fun to have Freddy play with one kid who's gay. Maybe one boy is not. Play with them. Tempt them. Force him out of the closet or back into the closet and we can do that. Audiences would accept that now. Freddy would do that because he's in your head. But it is going to take somebody very clever to to do that.

Again, you look at Nightmare 3, the fan favorite "Dream Warriors," you want to take that place where they all meet and maybe some of the kids are there for drug rehab. You have to push all those things a little further. Whatever their problems are, really have fun with one of the kids being OCD and have Freddy exploit that? I think we could because it's 2020 now. One kid could be autistic. Get an autistic actor and really play with that and how Freddy would torment him. But I think that's the kind of way you have to freshen it.

TooFab: Now that the Craven estate does have the rights back. Has anyone actually talked to you about anything?

Nobody's talked to me. I'd love to be invited to do a cameo in any project, but I don't want to play Freddy. I think there's a tradition of cameos in remakes in. Especially in horror and science fiction and fantasy films or musicals -- I think Rita Moreno is in the new Spielberg "West Side Story" doing a cameo -- it's like you give a blessing to the project if you do a cameo. I think that would be fun.

But I'm very encouraged now that the rights have returned to the Craven estate because I really like Wes' kids. They're real smart like Wes was, Wes is a genius. And I know Jonathan and I know his daughter and it's not like we hang out or anything, I haven't seen them in years. I just hope that they take the time to look at all the stuff that's been submitted in the last 10 years or so. And that means locking yourself at home or in a hotel somewhere on the beach, you know, and just sending out for room service and going through it all. Good time for that!

I suspect that not only is there some great brand new stuff, but I suspect that there might be a couple of things that are 5, 8, 10 years old that were maybe second choices that should be dusted off and really examined. They may have really great bones and need a little bit of a freshening with the characters.

"True Travel with Robert Englund" airs Wednesdays at 10pm on the Travel Channel.