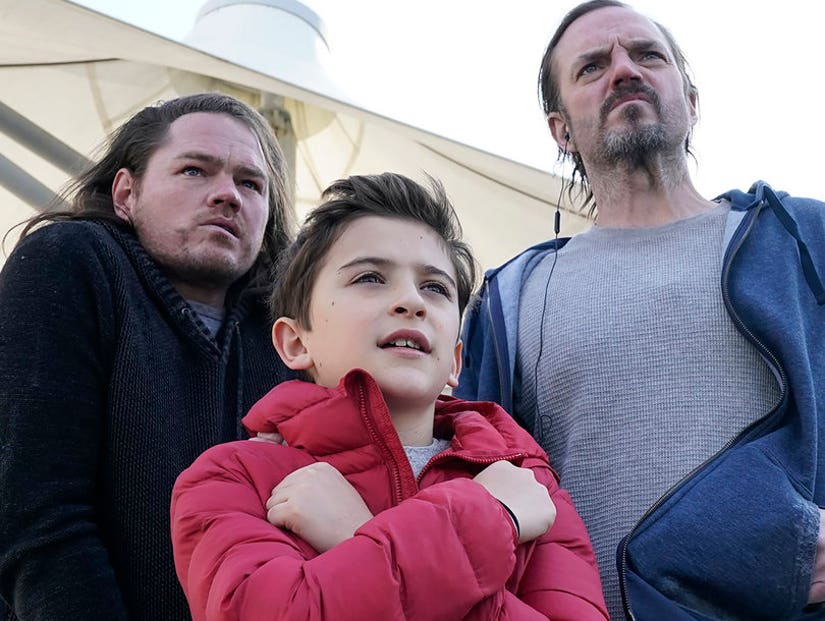 The three Shadows make their biggest move yet, Saanvi rushes to confront the Major with shocking consequences, and something totally unexpected emerges from the sea.

The more we see of these three shadowy figures, the less we understand them. And that's just one thing that has us scratching our head -- and maybe pulling our hair out -- as "Manifest" wrapped its second season.

Even worse, NBC has yet to renew the show. With the pandemic gripping the world, many shows are in a strange state of limbo about their futures. With upfronts season in jeopardy now, many networks are shifting their normal strategies and going straight to order on new series, which could be good or bad news for "Manifest." 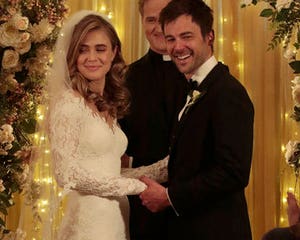 While it's not nearly the massive ratings draw it was when it premiered last season, the sophomore drama remains a solid pull for the network, often winning its timeslot. It also does well in delayed viewing, often ranking among the top shows for the network by that metric, while engaging viewers with all of its twists turns and lingering -- ahem -- questions.

We're keeping our fingers crossed and staying optimistic that the network will give the show a chance to continue its story after a season finale that offered both conclusions and cliffhangers. On top of that, the overall consistency and quality of the show has improved this season. It's starting to lean more into its mythology and actually appears to be moving forward.

Plus, that "Death Date" certainly is incentive for viewers to see what the writers have in store for the 828ers. We've already seen what can happen with the drowned truck driver, and this week saw Zeke tragically reach his own "Death Date." Can it be stopped? Does Saanvi's research have the answers, or does it lie in the Callings?

Before we dive into the questions, we should probably do a quick recap of the events that led to them. It was all pretty straightforward for this show. Cal was kidnapped so Michaela tried to shirk Jared, her duties as a cop and the law by going rogue and getting the meth to give back to the shadow trio. 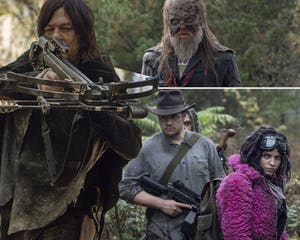 Jared found out about it and signed on to help. From there, Ben got involved because he's somehow always involved. Oh, and Grace threatened everyone because by dammit that's her son that's in danger. Did we cover everything? Oh, Zeke was a good guy who loves everyone and only wants to do the right thing.

And he does, risking his own death by hypothermia by going with Michaela and Ben to try and rescue Cal when things inevitably went wrong with the drop. Suddenly, it's a reprise of how many times they've been driving and traipsing through the woods looking to save people.

After a final confrontation on the ice that saw the shadowy trio with Cal in the middle of a frozen lake with Zeke converging from one side and Ben and Michaela from the other, suddenly the shadows and Cal broke through the ice. Zeke, because he's selfless and foolish, jumped in immediately, despite the fact the cold water would surely finish him off.

He held on long enough to save Cal and then died in Michaela's arms. And that's when things started!

Did we mention Saanvi? Oh lord, Saanvi, what is happening with you? What will happen with you? Oh, we'll get to all that. We have so many questions! 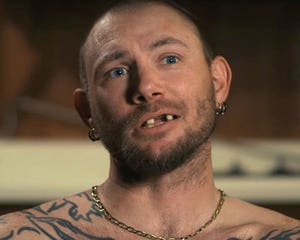 Where Did the Shadows Go?

Cal came out of the water, Zeke came out of the water -- after being briefly grabbed by what appeared to be Jace. But no one else came out. In fact, when Jared had the lake searched the next day, there were no bodies there. So where did the shadowy trio go? Were they spirited away by some being or force? Did they disappear in the same way the Passengers did, meaning they could return to that point at some point in the future?

Seriously, we can't figure these guys out. They're the first Calling Cal ever had, foreshadowing his own kidnapping by them almost two years later? They loomed over Adrian in the alley to scare him, haunted Cal in his bedroom and then they're just a trio of bumbling meth cookers? Surely there's more to them? Or perhaps they are just regular people, like the 828ers, only something happened to them, too. Could it be the disappearance under the lake that makes them special?

If so, then Jace's taunts to Michaela meant nothing. What if they are returnees of a different sort, following darker Callings and visions of their own? Are their two opposing forces and the trio are agents of the other side? And yet they never sounded like more than bumbling idiots in over their heads throughout Cal's kidnapping. If that's all they are then we have so many more questions about the build-up. 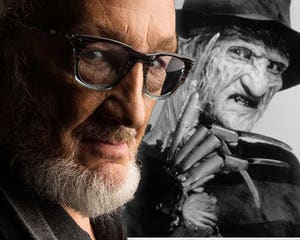 What Was the Glowing?

It was kind of rude of producers to not show us any of Zeke while whatever happened to him happened to him. Instead, we saw Michaela and Ben and Cal watch as a glowing light appeared to emanate from Zeke and then suddenly the ice fell away and he's fine? So what was that glowing? Is it the same glowing that sees to signal a disappearance in the first place? Is it really his reward(?) for doing a selfless act in saving Cal even as he was at his Death Date moment? Did he beat the Death Date by saving Cal, or had he already done so with his prior acts following Callings?

Further, why did Zeke have to die still, meaning he kind of didn't beat his Death Date. If Griffin had not been a douchesnozzle and been able to beat his Death Date would he have had to drown first and then come back to life? Do the passengers have to die however they died on the plane to survive? Because if the plane really blew up, as Ben keeps seeing, that could be quite a feat for them to explode in a fiery blast and then come back to life.

Will Zeke Still Get Callings?

Now that Zeke is past his Death Date, will he still get Callings? Is he still a part of this elite club of returnees? Or is he perhaps something wholly new and different. Maybe he'll get something beyond Callings now that he's beyond death? We still don't know if Grace's callings stopped with the baby's birth -- or if the baby is being plagued with them -- so we don't really know if they go away once someone is experiencing them. It would be interesting for Zeke to have a different relationship now with whatever force is behind all of this. 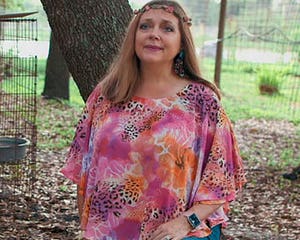 What Happens Now the Major Is Dead?

Remember when we hinted about Saanvi. Yeah, didn't expect that, did you? She went rogue twice in a desperate attempt to find out what breakthrough the Major had uncovered and it wound up costing the Major her life. Now, it was the Major who knocked the antidote syringe loose trying to take it from Saanvi, but it remains that Saanvi set her up to die for answers. How did she reach such a state of desperation?

And now that she appears to be completely broken by the Major's death, what happens now? Further, in her absence, who will step up to run that operation. Saanvi revealing that Vance is alive surely endangered him and his wife, not to mention Saanvi herself. And now, surely there will be terrible fallout from this. That is, of course, if the Major actually is dead. We saw her slumped over, but was she gone? Could someone have swooped in and saved her at the last second?

Is There Really No Cure?

One of the things the Major told Saanvi before she died(?) is that there is no cure. Is that true? If so, how do we explain that Saanvi's treatments had stopped her from receiving Callings, along with other terrible side effects. It's also true the Major had no interests in cures, rather she wanted to replicate these mutations and weaponize them for the government.

So is this a genetic thing that can be tweaked and adjusted medically, or is it some otherworldly spiritual thing as Zeke's glowing whatever-that-was would seem to suggest, or is there perhaps a supernatural or otherworldly explanation? 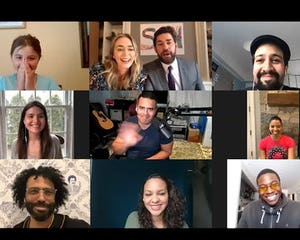 What Is This Plane Crash Calling?

It's been going on forever now and it's led Ben to help a Passenger, find a "something old" for Michaela's wedding, save Cal and it's still happening. What is this plane crash calling? Even after all was said and done, and while holding his new baby, Ben had the Calling again. This time, there was an emphasis on a piece of the plane as it tore apart. Is this Calling really about Ben figuring out what happened to the plane? If so, how did it do all of these other things along the way? Is it the most multitasking Calling in history?

The biggest question of the night, though, was how fisherman picked up a piece of the plane from Flight 828 from the ocean bottom when everyone saw the plane land? Is that why it had to blow up, because it can't be in two places at once? Does that mean the entire plane is on the sea floor?

Does that mean the Passengers are down there, as well? Are all their dead bodies in the ocean? Or did the disappear before the plane crashed? Regardless, how can the plane in the ocean and the one that landed both be real? Did the plane actually disappear or did it somehow split in two? Or maybe the plane that came back was a replica of the original, which crashed into the ocean when everyone on board was spirited away.

If their bodies are on the ocean floor, than what are the Passengers now? Also, does that mean Zeke's body should be in the cave somewhere, because it wasn't found, suggesting the bodies never made it to the ocean, so just the plane. So two planes but maybe only one of each Passenger?

So many questions left unanswered, NBC! You know the right thing to do. 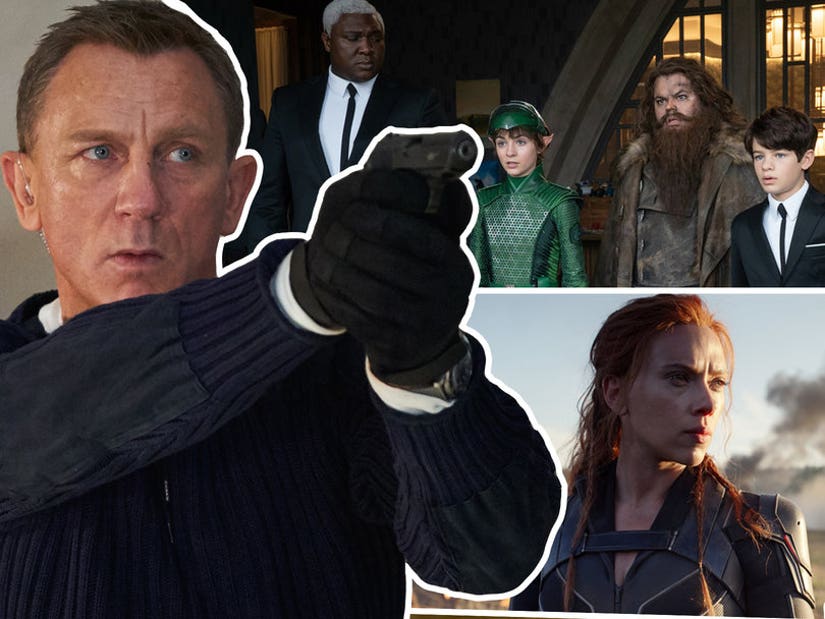