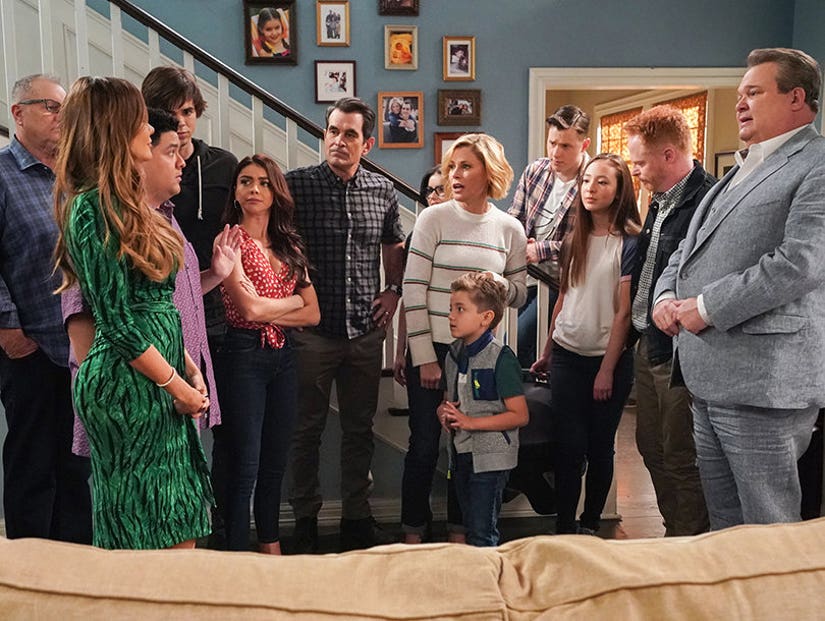 After 11 seasons and 250 episodes, suddenly it seems like everyone is moving out or moving on.

It's a monumental feat to make it eleven seasons in any era, but even more challenging in this age of "peak television." And yet, after 250 episodes over 11 seasons, "Modern Family" said goodbye to its audience, and to one another.

You could feel the emotions in the air as the hour progressed, knowing that there was a huge change in the air for both the characters and the actors who've portrayed them for over a decade. And change was definitely the order of the day. 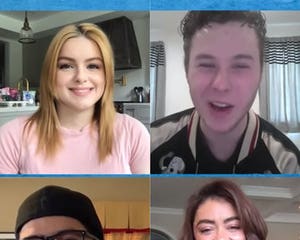 While many shows in recent year have shirked the monumental life changes that used to be a staple of a season finale for a "more of the same" mentality, "Modern Family" decided to go big or go home ... or in their case, leave home.

But none of that happened before we still got a healthy does of "more of the same." There was even the classic sitcom trope of misunderstandings leading to comedically awkward situations. Thankfully, that gave us one last amazing cringeworthy moment between Jay and Phil, as the latter played big spoon to Jay lying on the bed.

Of course, it was a huge misunderstanding and part of a big surprise Jay was planning for his wife. Then there was the expected chaos at the Dunphy house one last time, escalated to beyond a 10 after Alex moved back in making everyone living there. 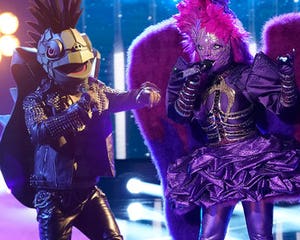 It was so bad, the hour opened with Claire and Phil living in the RV in the driveway, which sounds pretty peaceful considering the state of the house, but it was wonderful seeing those moments that ring true -- if a lot exaggerated here -- when a house is full like this. We also applaud Alex and Haley for their "one last prank" on Luke.

It proved both hilarious and touching as they recreated a childhood video they filmed when they wanted a dog (with Luke as the dog) and was yet another reminder of some of the dynamics we've loved on this show over the past 250 episodes.

Surprisingly, Mitchell and Cameron skipped the misunderstanding element in their farewell, but instead got the sitcom trope of someone getting a huge job offer in the finale so they could consider whether to move out of state or stay around. Only in this episode, those kinds of opportunities seemed to line up for just about everyone.

Let's break down where everyone wound up, or was heading, by the end of this hour:

And that's a wrap! Thanks for joining us for 11 wonderful seasons of #ModernFamily 🎬❤️ pic.twitter.com/FYE88THPBd

Jay & Gloria were poised to spend the summer with Gloria's family in Colombia; that's why he was learning Spanish. With his support and urging, Gloria is also fully embracing her new career in real estate. Joe, of course, continues to be a little bit looney ... but in a cute way?

Manny is ready to spread his wings and head out on that year-long trip around the world with his father. It's all for his film aspirations and it's why Joe spends the hour trying to teach him to toughen up or he'll get robbed, poisoned or maybe handcuffed to a tub (Gloria backs his idea there, leaving Manny to figure his own way free with the tools in the room ... luckily it doesn't devolve into "Saw."

Phil & Claire find themselves suddenly able to take that coast-to-coast RV trip with the kids all adults now and setting off on their own adventures. Yes, after yelling at them and telling them that one of them has to move out, it turns out all three of them are going to. Is it plausible? No, but it's been a while since "Modern Family" has traded in plausibility. As for saying goodbye to the kids, Phil's advice for Claire is that they just do what all parents do: leave the porch light on, they'll come home. Speaking of the kids...

Haley & Dylan have perhaps the sweetest final moment, as we find out the swanky new apartment they're moving into is the one Mitchell and Cam used to live in before they got their new house. It's nice to think that the three homes that defined this family will continue to be a part of their shared connection, even as they're all spreading their wings.

Alex is probably going the furthest as her future is truly unknown. She left her comfortable job to do something she was more cofortable with ethically, and suddenly found that opportunity taking her to Switzerland. But housing was paid for, and the whole thing was preceded with one of the most awkwardly adorable -- and totally predictable -- kisses, teasing a possible relationship between her and her new boss Arvin (but at least it'll be a pre-existing relationship.

Luke inexplicably lied to his family that he never heard back from the University of Oregon, but he totally did. So in truth, he was apparently the only one who was already planning to leave. If he'd have just said so, maybe Haley wouldn't have left at all, so maybe it's all for the best. We're sure he won't be manipulated by any of the girls there, as evidenced by him taking on "Woofie" again.

Mitchell & Cam had just upended their lives to move into Mitchell's dream home when Cam got the call that he was being offered that college football job back in Missouri after all. It took a while to get him there, but Mitchell realized it was his turn to support Cameron, even if it made him uncomfortable. By the end of the show, the whole family was on a flight to Missouri where the most logical and glorious "Green Acres"-esque spinoff could be. After all, this isn't Missouri as it really is, but some strange hillbilly fantasy Missouri that only gets more outlandish with every story. 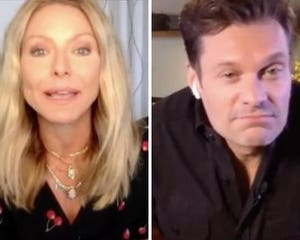 We applaud the creators for resisting the urge to trot back in a slew of guest stars to help them say farewell to their show. The cast itself has always been the stars of this show, and even when the writing hasn't been as sharp (which many would argue is the entire second half of the show's run), the cast has always been stellar and fully present and committed to everything.

"Modern Family" was groundbreaking in many ways when it first hit the air. It certainly helped normalize the conversation about gay marriage, and even gay families via adoption. It showed that love is love. And fans have loved it for that simple message for 11 years now.

As expected, they got the show trending on Twitter throughout the night during and after the farewell with goodbye messages streaming in from fans across the spectrum, including several familiar faces from Hollywood circles: 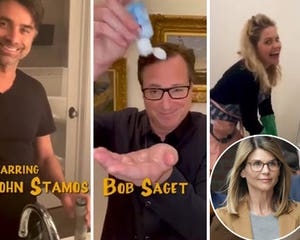 Wish I could hug my family in real life tonight 💔 #ModernFamily pic.twitter.com/96f369Tp1s

When I was 9 years old, I started work on a pilot called “My American Family”.... https://t.co/fUE6nfK8Fz #AModernFarewell #ModernFamily

Congrats to all my #ModernFamily friends on the completion of their 11 year journey. So honored to have been a small part of such a wonderful series & so sad to see this incredible family leave us. Thank you to the incredible cast and crew for your tremendous work! pic.twitter.com/DKfOpFI3IU

Thank you to every single member of the cast and crew of #ModernFamily for consistently making us laugh and cry for 11 seasons. You've been a huge part of all of our lives and we miss you already.

Congratulations to the cast, writers, producers and crew of #ModernFamily on one of the best TV shows ever

At the upfronts where new network shows are announced, they show these (sometimes quite brutal) first trailers.#ModernFamily was so good they gave up and just showed the whole damn pilot.

Congrats to all involved on an incredible run.

Did you know Eric auditioned for the part of Kevin Malone? Thank God he didn't get Kevin or else we wouldn't have him as Cam❤️ So proud of you @ericstonestreet thank you for brining us so many laughs, tears and life lessons! #ModernFamily pic.twitter.com/dbirG9c1VO

Why is it ending? It's one of the best shows of ALL time and my heart is breaking #ModernFamily pic.twitter.com/YtxETe3snl

Omg when Jay said both of my sons are leaving.... #ModernFamily pic.twitter.com/oQDR9Onz26

Omg Manny telling Luke all his poems was for him

Goodnight #ModernFamily and thank you for welcoming us into your home 😭 pic.twitter.com/AChZrLm3C1 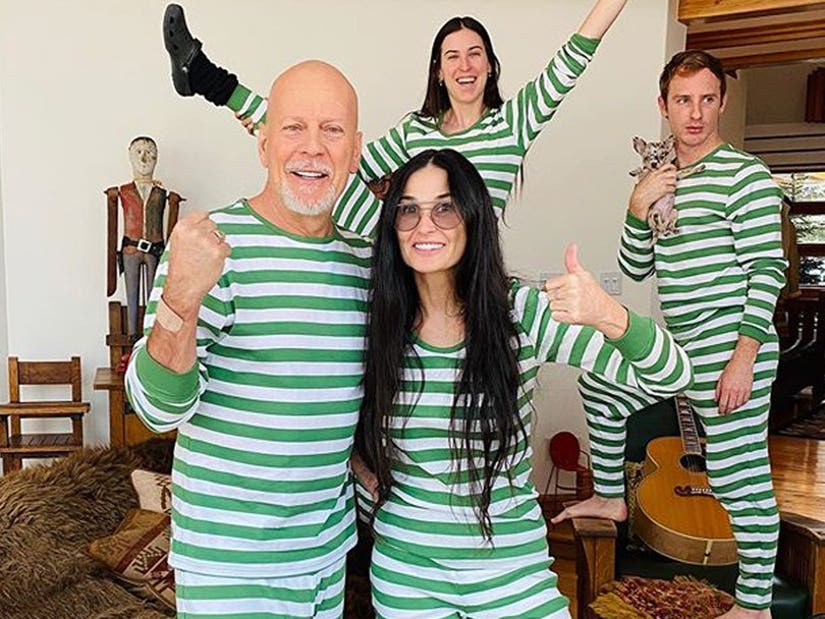