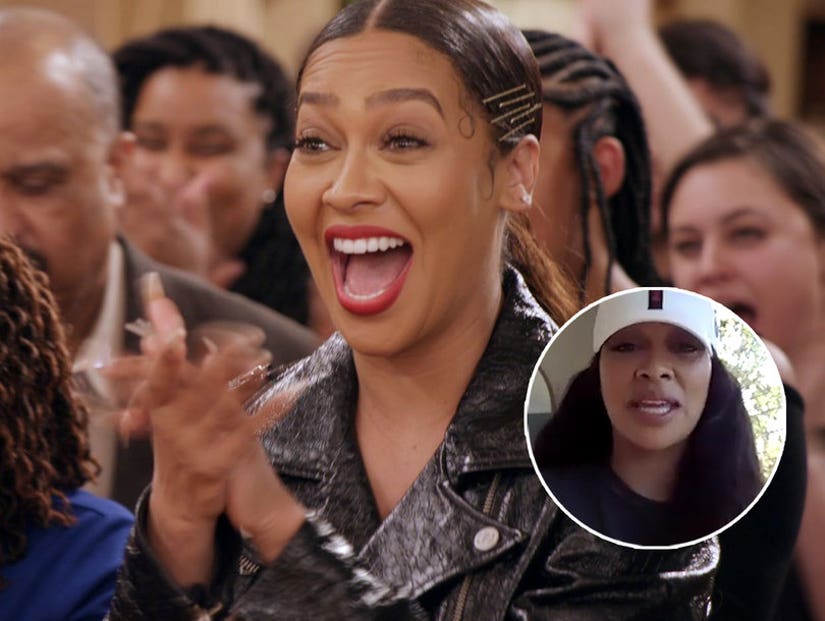 Lala's new show is called -- ironically enough, since it's what we are all waiting to do right now -- "Reclaim Your Life".

We're ALL going to need a physical and emotional make-over when this is over -- but for now you can watch a brand new show about exactly that.

La La Anthony's Reclaim Your Life launched this week exclusively on Facebook Watch, production of which -- like everything else on the planet -- ground to a halt amid the coronavirus outbreak.

The actress visited TooFab (remotely via Zoom, of course) to chat about her new show, and how it -- and more importantly her family -- has been affected by the pandemic. 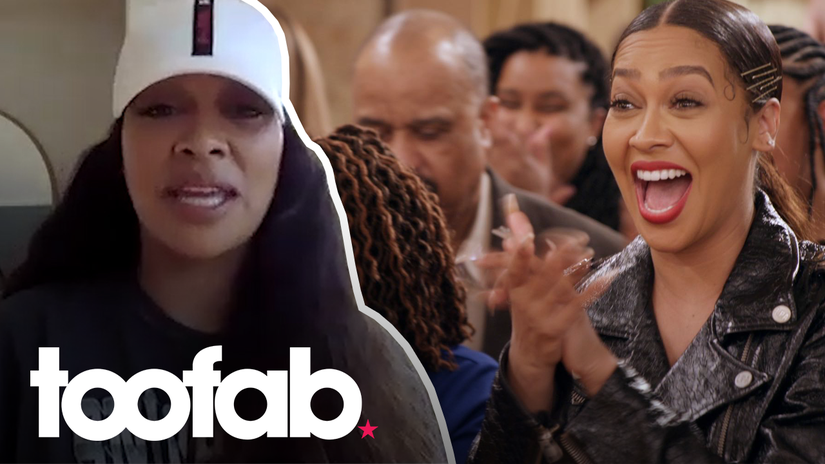 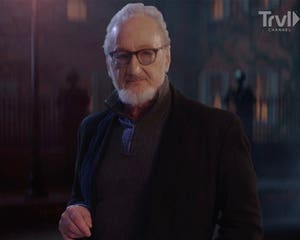 "I'm just trying to stay sane in the middle of such uncertain times," she smiled. "People always ask 'how are you getting through the quarantine?' If I go day by day that works for me."

"If I start thinking too far in advance I just get stressed out and anxious... I try not to think about 'when is this going to be over?'; 'when are we gonna be back outside?'"

The "Power" star is also mindful of trying to take the positives from a horrible situation.

La La's own charity for example has been working to give out free meals to hospitals in the tri-state area, including her home town of New York. 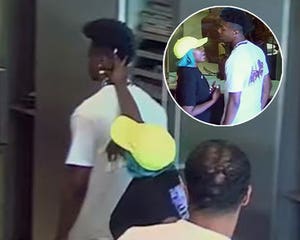 "What I do love about even this uncertain time is just when you see so many people just banding together, helping each other, donating to different causes, being on the front lines with healthcare workers," she added.

Like many parents currently pulling their hair out, La La is stuck at home with her son, 13-year-old Kiyan (or he's stuck home with her), who as a basketball player like his dad Carmello, is going extra stir crazy at being trapped indoors. But as she points out, parents must remember it is as frustrating for them as it is for us.

"I'm always trying to be mindful of our children and how they are feeling because this is new to them too," she said. "Like sticking my kid in front of a computer and saying: 'Go to school! Go to class! Pay attention!'... they have to be having anxiety and uncertainty about what's going on in the world right now."

In some very unfortunate timing, La La only got one episode of her new show under her belt before the shut down -- but it's a good one (you can watch it below).

It is called -- ironically enough, since it's what we are all waiting to do right now -- "Reclaim Your Life".

"We're taking women who kind of feel like they are struck in life right now," she said. "Whether their self-esteem has been knocked down, their confidence, from careers, relationships, families, heartbreak -- things that we all can relate to."

"They get an internal makeover first, then the icing on the cake is get a makeover from my glam team."

As viewers will see from ep 1, there's a lot of emotion on show.

Or as La La summarizes: "It's okay to look the part -- but you gotta feel the part." 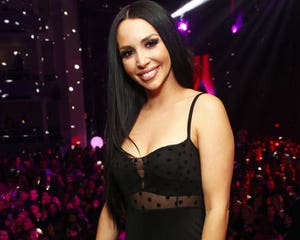 And while the show is initially embracing the ladies, she vowed to possibly open it up to the guys once the dust settles and the show restarts.

In the first episode, La La's pal Karrueche Tran also stars; the 90210 star has an extensive Rolodex she intends flicking through to draft some of her superstar friends in every future installment.

The dazzle of her celeb circle was evident this week when she hosted an IG Live party to celebrate the launch of the show -- and the likes of Megan Thee Stallion, 50 Cent, Kelly Rowland, and Charlamagne Tha God all dropped by.

The session turned into an impromptu game of "Would You Rather?", and some pretty deep insights were shared.

50 Cent, for example, claimed he would rather go a month without social media than sex (of which La La is still skeptical); Megan said she didn't have to choose because she was having a month without sex under quarantine anyway.

As for La La's other shows: she stars in the new season of "The Chi", which has been pushed back for release on Showtime until June 21, while 90210 she hopes -- like the rest of us -- that it will return one day after the Age of Rona has passed.