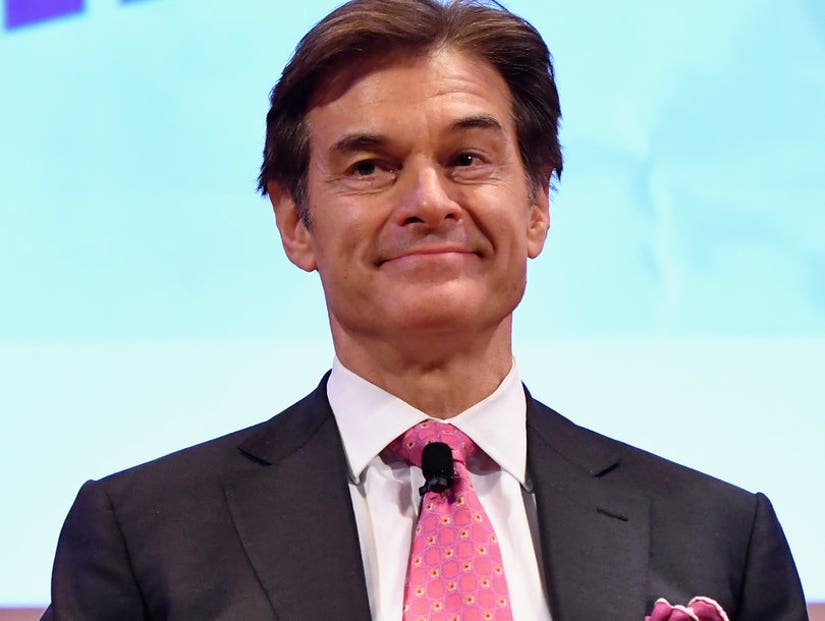 "I've realized my comments on risks around opening schools have confused and upset people, which was never my intention," he said in a new video statement.

UPDATE at 8:05pm PT on 4/16/20: Dr. Oz clarified his remarks with a new statement released via social media, saying it was never his intention to confuse and upset people.

"I misspoke," he said of his Wednesday night appearance on "Hannity" where he calculated the cost of lives in reopening school as a "trade-off some folks would consider."

"As a heart surgeon, I've spent my career fighting to save lives in the operating room by minimizing risks," he continued in Thursday's video statement. "At the same time, I'm being asked constantly how we will be able to get people back to their normal lives."

I've realized my comments on risks around opening schools have confused and upset people, which was never my intention. I misspoke. pic.twitter.com/Kq1utwiCjR

He then acknowledged the topic of reopening schools, without getting specific bout his "trade-off" comments. "one of the important steps we're figuring out how do we get our children safely back to school," he said. "We know for many kids, school is a place of security, nutrition and learning that is missing right now."

From there, he simply wrapped up his thoughts, concluding that "these are issues we're all wrestling with and I will continue looking for solutions to beat this virus."

So he didn't really clarify the confusion about saying lost lives might be an acceptable trade-off, but did acknowledge he "misspoke."

Dr. Oz was under fire on Thursday after suggesting reopening schools is worth the possible deaths of students and staff.

During an appearance on Sean Hannity's Fox News program Wednesday night, Dr. Mehmet Oz claimed that the cost in lives for restarting the education system might be an acceptable "trade-off."

"Let's start with things that are really critical to the nation where we think we might be able to open without getting into a lot of trouble," the TV personality began. "I tell ya, schools are a very appetizing opportunity. I just saw a nice piece in The Lancet arguing the opening of schools may only cost us 2 to 3 per cent in terms of total mortality."

DR OZ: "Schools are a very appetizing opportunity. I just saw a nice piece in The Lancet arguing the opening of schools may only cost us 2 to 3%, in terms of total mortality. Any, you know, any life is a life lost, but ... that might be a trade-off some folks would consider." 😳 pic.twitter.com/aifMeKTsIv

He added, "Any life is a life lost, but to get every child back into a school where they're safely being educated, being fed and making the most out of their lives with a theoretical risk on the backside, that might be a tradeoff some folks would consider."

On April 8, The Lancet, a journal dedicated to child and adolescent health, published an article saying, "188 countries have implemented country-wide school closures, but a modelling study by Ferguson and colleagues concluded that in the U.K., school closures alone will reduce COVID-19 deaths by only 2-4%."

Twitter exploded with reactions, as many followers criticized the Harvard-educated small screen star for, what they deemed was, floating the idea of "sacrificing children."

Another user posted, "Old enough to remember when 'we can sacrifice our grandparents to save the economy' was the solution. Now it's 'we can sacrifice 3% more of our children to jump-start the economy.' In a month, we've gone from Soylent Green to infanticide, so we can gather in a food court."

THE TRUMP CULT IS A DEATH CULT

For context, there are 56 million+ kids in U.S. schools.

"There are 1100 students at my middle school. Which 33 of them should I be willing to sacrifice as an 'appetizer'. This is absolutely insane! Those kids wouldn't be the only ones to die - they will spread it to the community and to their parents and grandparents," shared one outraged teacher.

Many, however, pointed out Dr. Oz did not suggest children specifically, but the fact he mentioned the general mortality rate.

"He never said the mortalities would even BE children, he said 'total mortalities'. We already know that children rarely die from covid19. It would be adults that get it via child carriers. No, I'm not ok with adults dying either but get your facts straight!"

He never said the mortalities would even BE children, he said "total mortalities". We already know that children rarely die from covid19. It would be adults that get it via child carriers. No, I'm not ok with adults dying either but get your facts straight!

This isn't the first time Dr. Oz and his namesake television show has been slammed for claims about the coronavirus pandemic.

According to the Los Angeles Times, nearly "4 in 10 of the assertions made on the hit show appear to be made on the basis of no evidence at all."

Check out more fiery responses to Dr. Oz's comments below!

Dr. Oz has proven himself to be a grifter time and time again. Anyone still listening to him is playing themselves. pic.twitter.com/b3sDjSSGvr

1. This HuffPo article about Dr. Oz's now infamous comment gets the math of the argument that he was (very clumsily) trying to make totally wrong. It's a mistake almost everyone commenting on Oz's argument has made, and it's a consequential one. https://t.co/kREsOnQUuy

You would be the appetizer too. So would I (middle school teacher who is severely immunocompromised). So would school staff. Children's families.

It's just reprehensible. That we even have these things being said now like it's all just normal and always has been.

I think he means it's the teachers who will die. I mean he said TOTAL mortality loss, so who cares about those teachers anyway. We can hire more of those- maybe younger ones that won't be so prone to die 🤔