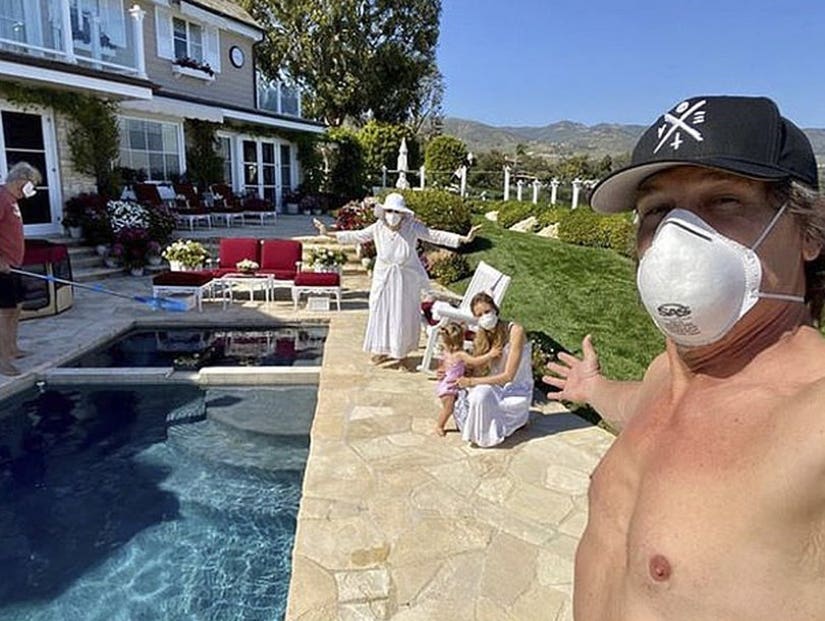 "It's hard to be honest and say maybe I screwed up," says Brolin, copping to his mistake.

Josh Brolin was called out for appearing to defy social distancing guidelines when he, wife Kathryn and their daughter, Westlyn, stopped by his father James Brolin and stepmom Barbra Streisand's home over the weekend.

The "Deadpool" star copped to his "irresponsible" behavior almost immediately, as comments started to roll in on his page. He eventually pulled down a photo showing the five of them around Brolin and Streisand's pool, in which all of the adults were wearing masks and were at least a few feet apart from each other (above).

"This is actually a serious video," he began in an apology post. "I just posted a video that I was very humbled by the response. My father lives next door to us and we had a plan to go see them and not be near them and that plan was broken and that's our responsibility."

"We were going to pick something up and show [Westlyn] the pool because we don't have a pool and I think it was irresponsible," he continued. "It's hard to be honest sometimes, it's hard to be honest and say maybe I screwed up and I knew that that was in the air -- not because of the responses, but the response brought me back to my own truth and it's humbling as hell."

Noting there are people who continue to go out into public without masks or gloves, believing they'll "survive because of immunity that's created from your own psychic weight," he's not one of them.

"We've been very responsible and I apologize about that," he added. 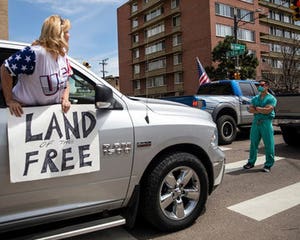 Brolin went on to say that he doesn't care about social media in general, but apologized out of a responsibility "to my fellow man." He added, "I'm not an advocate of doing anything outside of taking care of each other and making sure we get through this, even if we go overboard and are too protective."

He ended his video by once again telling his followers for holding him accountable, saying he was "happy to be reminded."

"I do care about my fellow man and I am human, unfortunately," he concluded. "So, thank you guys, honestly. Everybody stay safe and be well."

Streisand shared a few photos from the family's visit on her page as well, showing Kathryn holding up a sign reading "We [Heart] You Gamma & Grampa" as she stood outside their back door.

"Just love the sign that Josh and Kathryn painted yesterday when they came to see us with our little grandchild Westlyn," she captioned the photo.