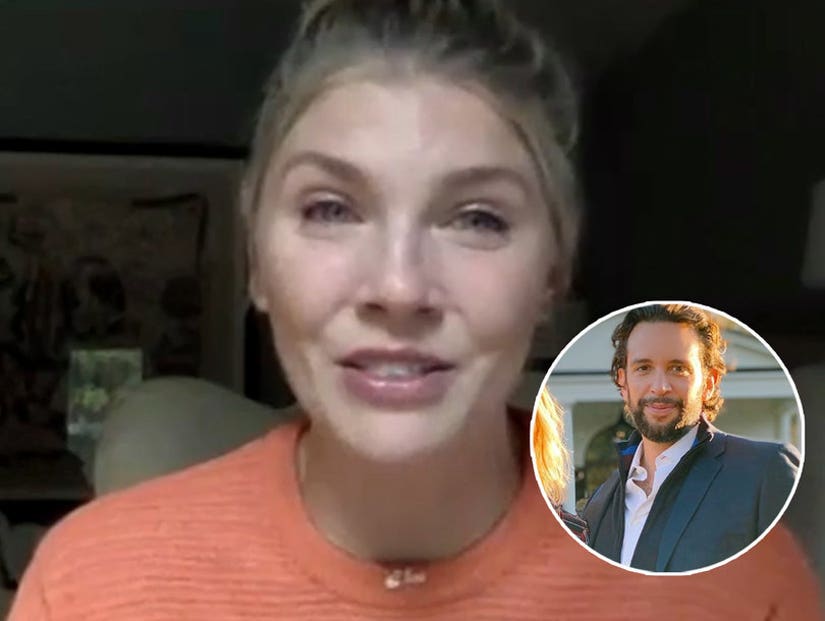 Wife Amanda Kloots gets emotional as she thanks the fans for helping her get through this tough time.

Broadway star Nick Cordero had his right leg amputated due to complications from COVID-19 and now, his wife is opening up about the decision.

Amanda Kloots appeared on "TODAY" Monday morning, where she said, "It came down to a point where honestly where it was life or leg, and we had to choose life." She added, "I choose life."

Broadway actor Nick Cordero is in a medically induced coma in a Los Angeles hospital. Over the weekend, surgeons had to amputate his right leg after complications to COVID-19. @KathyParkNBC spoke to his wife. pic.twitter.com/nYWrX3v58b

Cordero -- who remains in a medically induced coma -- was first rushed to the ICU on March 31 after he had "trouble breathing" and was diagnosed with pneumonia. He was given two tests for COVID-19 which came back negative. A third test came back positive. About two weeks later, a new complication arose, according to Kloots, and he had to have emergency surgery.

He was put on an ECMO machine, which helps oxygenates the blood.

On Saturday, his right leg was amputated at Cedars Sinai in Los Angeles.

Kloots has been documenting his fight on social media, as well as filming personal videos with the couple's 10-month-old son Elvis and sending them to his phone for him to watch when he wakes up. She also started a social media hashtag, #WakeUpNick, where supporters have been dancing and singing along to his music.

"It is honestly how I'm getting through this," she said on TODAY, getting emotional. "People I don't even know, all over the world, are joining me everyday at 3pm to sing his songs so that he can hear us."

On Sunday, Kloots also shared footage from the couple's first dance at their wedding, adding, "I love dancing with you @nickcordero1 and we WILL dance again!"

In her Stories, she also said it was an "uneventful day," which is "a GOOD DAY" for them. "It seems like Nick's body is responding well to his surgery and recovering well," she continued. "I asked for a miracle yesterday because my spirits were low and I think we got one today. He is alive and recovering well."