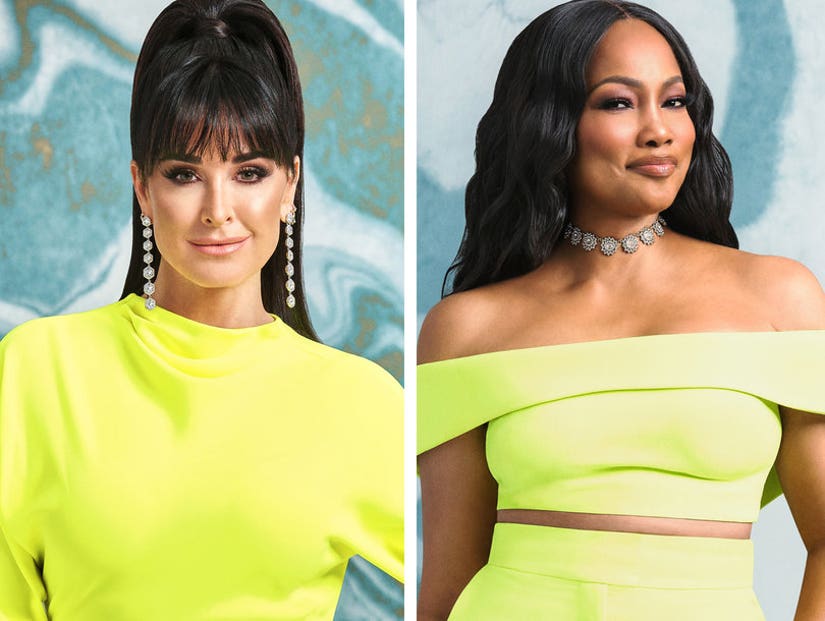 We're only one episode into the new season of "Real Housewives of Beverly Hills," but the drama has already arrived.

Even before the show returned, it was making headlines, as Denise Richards stopped filming with the other women following a report alleging she and Brandi Glanville hooked up. While she's denied the headlines, they'll become a major storyline in the weeks to come ... and her relationship with her costars is hardly the only one on the rocks.

Appearing on Maria Menounos' Better Together this week, Kyle Richards revealed she's not only not staying in touch with Denise, but also newcomer Garcelle Beauvais, following a shady appearance on "Watch What Happens Live" to promote the season.

"I'm very close with Lisa Rinna, Erika, Dorit and Teddi," she revealed when asked who she was still speaking with. "I've gotten really close with Sutton. She's actually not holding a diamond, but to me she's a Housewife because she's in it a lot. When all that sort of happened with Denise, there was a big argument that happened, so we really haven't been talking."

"Then Garcelle, who I had no issue with all season, she went on 'Watch What Happens Live' and said not nice things about me," she continued. "I'm always skeptical when someone is nice to you and then goes and says something else. If I have an issue with someone, I would say it, because that's what our job is on the show is to be honest. So whenever someone is one way to my face and another way in an interview, then 'I'm like OK, I know what I'm dealing with now.'"

While she was a guest on Andy Cohen's talk show, Beauvais said Richards was the least welcoming to her and also seemed to have the biggest ego of the bunch. Adding that she didn't get to know Richards as well as the other women, Garcelle also said Kyle was the costar she'd least like to be in quarantine with.

When asked by Menounos who she'd least like to quarantine with, Kyle said Garcelle, because of her comments on WWHL.

That being said, Kyle also commended the women for being able to get past their differences and help those in need during the COVID-19 pandemic. Richards said that after she and her husband Mauricio -- with the help of business partner Shahida -- were able to purchase 8,000 N95 masks for New York hospitals, she reached out to the Housewives -- "all of them, even the ones I wasn't talking to" -- and asked if they'd like to work with her to donate another 5,000 to hospitals in Los Angeles.

"Immediately, they all responded, 'Yes, yes, yes, great idea,'" Kyle explained. "There's a lot of craziness that's going to happen this year and a lot of fighting and something like that just makes me feel better that we can at least come together as a cast." 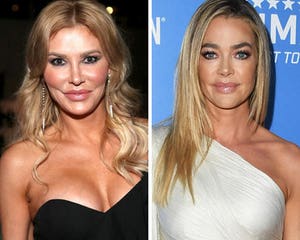 Though they came together for a good cause, Richards joked that they still probably "won't be talking by the reunion," pointing to comments made on the show that have already been causing some friction.

"Already, with Dorit, I'm very close with her. The first episode, she's like, 'Does Kyle think she can just slap her name on something and, you know, it's gonna be successful?'" she recalled, referring to Kemsley's less-than-positive remarks about Kyle's New York Fashion Week show.

"Well, no, I didn't just slap my name! I'm like, why would she say that! She has no idea what I've been working on for a year before the episode! They don't show us taking showers and brushing our teeth, but guess what, we do do that," she continued. "It really bugged me, that like I worked so hard with Shahida on this clothing, and for her to make a comment like that. You know, it was just frustrating, and I know there's going to be a lot of that throughout the season."

"You have to have really thick skin. That's just a silly thing, but it can get brutal," added Kyle. " All I know is there's a lot of things I could say that I don't. If I have an issue with someone, I will say it to their face. That doesn't sit well with me. We're friends, why would she say that?" 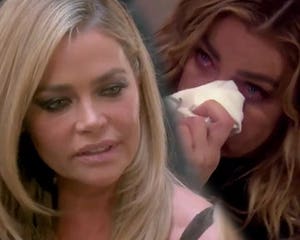