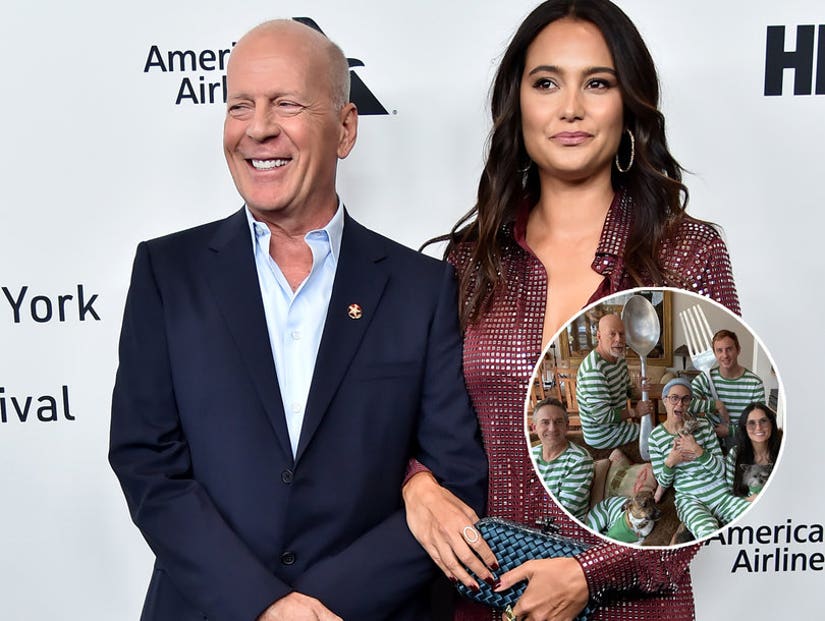 "It's been really funny having both my parents at this house where they, like, raised us," Scout said.

Scout Willis is opening up about why her dad Bruce Willis' wife, Emma Heming, has been noticeably absent from the family quarantine in Idaho.

On a recent episode of her "Dopey" podcast, the 28-year-old revealed her stepmom had planned on joining the family in Sun Valley, Idaho, but was forced to stay behind in Los Angeles after one of her half-sisters poked her foot with a needle in the park. 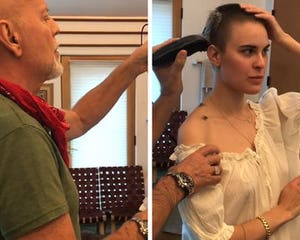 "My stepmom was going to come up here too with my little sisters," Scout said on the self-help and comedy podcast, according to Us Weekly. "[But] my younger sister ... [who has] never gotten a talk about not f--king with hypodermic needles.... she found [needles at a park and] she actually tried to poke her shoe with it and poked her foot. So my stepmom had to be in LA waiting to, like, get the results for taking her to the doctor."

Scout said her dad Bruce, 65, arrived early in Idaho, but "then travel got crazy" amid the coronavirus pandemic, leaving her stepmom to stay in LA with her little sisters. Bruce and Heming, 41, who married in 2009, share two daughters, Mabel, 8, and Evelyn, 5.

The news came after the family made headlines as Bruce has been quarantining with his ex-wife, Demi Moore, and their daughters, Rumer, 31, Scout and Tallulah, 26, as well as Scout and Tallulah's boyfriends, Jake Miller and Dillon Buss.

On her podcast, Scout said it's been "so cool" spending time with her sisters and parents, who divorced 20 years ago.

"It's been really funny having both my parents at this house where they, like, raised us," she explained. "It's kind of divine time to just hang out with them...I'm very grateful to be with my family."

Scout added that the family communicates "so well now" because they are all sober. "I'm in a good place to deal with any emotional intensity that comes up with people."

Demi, 57, Bruce and their daughters have been quarantining in Idaho since early April and continue to share fun group photos on social media.

Tallulah first revealed her divorced parents were isolating together in an Instagram post on April 6 when she posted a photo of the exes, sister Scout, her boyfriend Dillon Buss and one of the family dogs rocking matching green and white striped pajamas.

"chaotic neutral," she captioned the pic, above.

Two days later, Demi shared her own photo of the group along with Scout, Scout's boyfriend Jake Miller, another friend, a number of dogs and some oversized silverware. "Family bonding," she wrote in the caption.

Bruce's wife, Hemming, reacted to the post in the comments section, writing, "[Family bonding] at its finest ... love and miss you guys."

In addition to posing for photos in matching pajamas, the group has been getting creative while social distancing. Earlier this month, Bruce showed off his grooming skills by giving daughter Tallulah a buzz cut while they quarantined together. The "Die Hard" actor took a pair of clippers to Tallulah's head as one of his other daughters can be heard in the background saying, "You look like Joan of Arc, dude!"

Bruce and Demi were married from 1987 until their divorce in 2000, and have remained close as co-parenting champs.

"We felt more connected than we did before the divorce," she wrote of their relationship in her 2019 memoir "Inside Out."

Bruce even attended the launch of the book with Emma back in September.