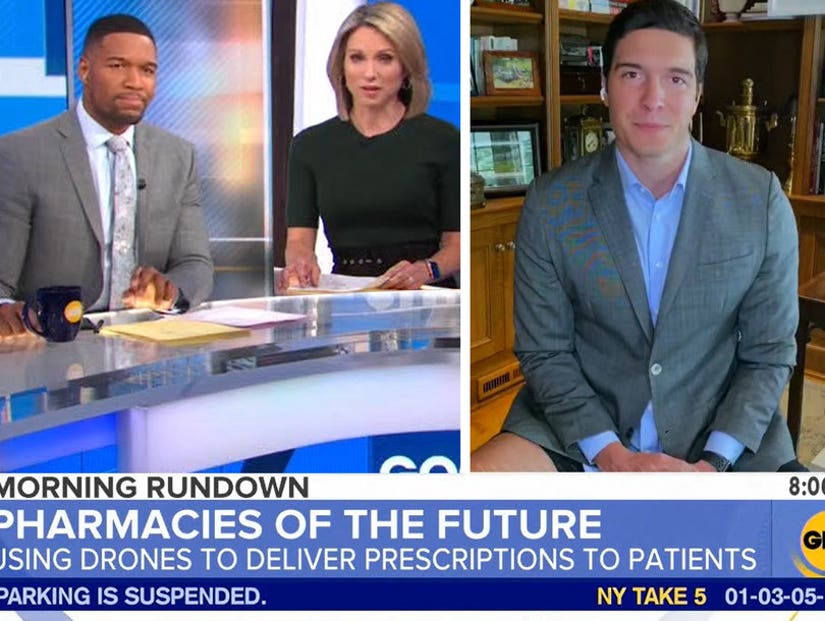 He was all business up top, but didn't cover up down low.

Many have taken to only getting dressed from the waist up while working from home during the coronavirus pandemic -- and this morning, ABC contributor Will Reeve was exposed for doing just that.

The "Good Morning America" reporter and son of Christopher Reeve did a live hit from his home on Tuesday, but opted against wearing hard pants -- or, rather, any pants -- during his segment.

Though he clearly didn't think his legs were in the shot and a lower third did a good job covering them during his hit, all was revealed when the show cut to a split screen of him and anchors Amy Robach and Michael Strahan.

Reeve was on to talk about how pharmacies are using drones to deliver prescriptions to patients, but the chatter on social media quickly turned to his fashion faux pas.

Twitter account Room Rater, which has been rating the at-home setups of reporters and celebrity guests video conferencing into news programs, gave him a 7/10 score for the shot -- adding, "Nice room. Nice shorts."

Reeve shared the post, pointing out his embarrassment over the situation:

*in the most hilariously mortifying way possible https://t.co/2NQ85QEJVr

Replying to another viral tweet about his appearance, Reeve added, "They're shorts I promise."

They're shorts I promise 🤦🏻‍♂️

"I will not be getting hired as a camera operator any time soon," he joked. "Man the more I look at this the more thigh I see. Yikes. We're our own camera operators these days when we broadcast from home."

While "mortifying" for him, it could always be worse: 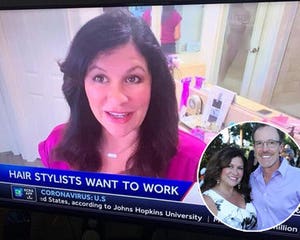